Power Up Your Brain with Nootropics 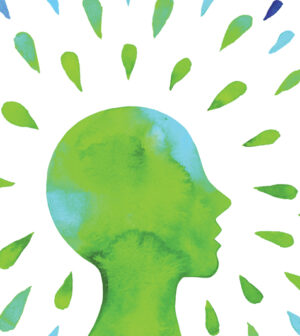 Nootropics Tune Up Your Mind…[They] are a different type of brain and cognition supplement. Their goal is to boost cognitive performance now…[They] are meant to improve and recall recent and old memories. Nootropic compounds boost cognitive efficiencies by helping brain cells operate at peak power. Scientists have identified nutrients shown in clinical (human) studies to improve cognitive function, processing speed, and memory.

Have you been searching for natural ways to improve your memory, alertness, focus, learning speed and retention, problem-solving skills, or cognition (your ability to acquire knowledge and understanding through your thoughts, experiences, and senses)? Some scientifically researched natural nootropics (translated, “mind-turners”), either individually or stacked in dietary supplement blends, can safely support and improve cognitive performance while protecting the brain from injury. True nootropics are minimally toxic and have few-to-no side effects. Some of these, generally categorized as vitamins, minerals, herbs, amino acids, essential fatty acids, antioxidants, or nutraceuticals, are discussed here.

Lifestyle Factors That Undermine Cognitive Function
Before exploring nootropics, it is important to understand the life factors and lifestyle choices that can undermine cognitive function. As with all health issues, failing to address these other aspects of daily life before adding dietary supplements can be counterproductive. Some factors that can promote or even accelerate cognitive impairment include: chronic inflammation; excess, chronic stress; oxidative stress from free radicals, including those caused by environmental toxins (heavy metals, air pollution, organic chemical compounds like RoundUp®); low physical and brain activity; poor sleep (less than 6-9 hours/night); unhealthy diet (including excess sugar intake); smoking and illicit drug use; long term use of some prescription medications (sedatives, statins, anxiolytics and antidepressants); depression; anxiety; obesity; diabetes; and cardiovascular disease (including high cholesterol, atherosclerosis, and hypertension).

The Science Behind the Supplements
Below are just a few of the many nootropics that have been shown in lab or human clinical studies to support brain function:

1. Acetyl-L-Carnitine (ALC): Since this amino acid readily crosses the blood brain barrier and cell membranes, it supports cognitive health by: (1) fueling mental energy through the transport of fatty acids into cell mitochondria, (2) providing a necessary ingredient for the formation of acetylcholine (Ach), the chief neurotransmitter of the parasympathetic nervous system that supports memory, learning/focus, alertness, and fluid thinking, and (3) providing antioxidant protection that boosts cerebral blood circulation, brain-derived neurotrophic factor (BDNF), and nerve growth factor (NGF). As neurotrophic factors (NFs); NGF and BDNF are critical to the function, growth, proliferation, repair, and plasticity (essential for learning and memory) of neurons, the basic working units of the brain that transmit information to nerve, muscle, or gland cells. Studies indicate that combining ALC with other nutrients that support the powerhouses of cells (mitochondria), such as alpha-lipoic acid and coenzyme Q10, appears even more effective in reducing cognitive and oxidative mitochondrial dysfunction.

2. Alpha-GPC (α-Glycerophosphocholine)(AGPC): Generally derived from soy or other plants, this chemical increases ACh in the brain. In Europe, it is a prescribed medication for Alzheimer’s disease. In one early clinical trial of over 2000 stroke and TIA patients, researchers confirmed that the administration of AGPC (1000 mg/day intramuscular injection for 28 days followed by an oral dose of 400 mg, 3x/day for the following 5 months) has a highly tolerable, therapeutic role in the cognitive recovery of such patients. Preliminary, limited studies and testimonials indicate that AGPC can protect the brain against loss of memory and attention in non-Alzheimer’s patients.

4. Bacopa Monnieri. Bacopa is another adaptogenic herb that Ayurvedic practitioners have for centuries used to improve cognitive function and reduce anxiety. Based on test-tube, animal, and preliminary human studies, it is thought that bacopa’s active components, called bacosides, are responsible for its potential to improve memory and cognition, and inhibit inflammation and lipid peroxidation (free radical degradation of fats) in the brain and central nervous system. In two studies of healthy human adults researchers determined that, compared to placebo, a daily dose of bacopa (300mg or 600mg) improved memory, attention, learning rate, and the ability and speed of processing information.

6. DHA (Fish Oil). The brain is nearly 60% fat and science has established that essential fatty acids are among the most crucial molecules that determine its integrity and ability to perform. Docosahexaenoic acid (DHA), the principle omega-3 polyunsaturated fatty acid in the brain that is found in fish oil: (1) protects brain tissue from age-inducing inflammatory damage from oxidative and other stress; (2) is involved in the formation and function of new neural pathways and neurotransmitters; (3) stimulates physical changes that underlie learning and memory; and (3) promotes healing after brain tissue injury from seizure, stroke, or TBI. Numerous observational studies have linked dietary consumption of omega-3 fatty acids, and DHA in particular, with improvements in cognitive function and/or reductions in cognitive decline in healthy, aging populations.

7. Lithium. This trace mineral found in many rocks, some drinking water, and certain foods (cacao, oats, seafood, seaweed, goji berries, potatoes, tomatoes, cabbage, mushrooms, egg yolks), is thought to protect and improve brain function due to its antioxidant and anti-inflammatory properties, and by suppressing harmful over-activity of the enzyme glycogen synthase kinase-3 (GSK-3), which regulates various aspects of cell function. Lithium has been found to increase NGF and BDNF and to strengthen nerve cell connections in brain regions involved in regulating thinking, mood, and behavior. Researchers determined that even microdose (300mcg) administration of lithium reduces cognitive loss in Alzheimer’s patients. In the low-dose, supplement version of lithium (lithium orotate), it is bound to orotic acid to ensure absorption. While some maintain that safe, low-dose lithium therapy has unrealized potential to prevent or treat a wide range of neurological disorders, only limited clinical evidence supports its use (for alcoholism, migraines, bipolar depression), it has not yet been shown to be an exact substitute for lithium, and long term use should occur only with attention to potential side effects and drug interactions.

8. Vitamin D3: Critical for optimal cognitive health, this most active form of what is actually a neurosteroid hormone has neuroprotective, anti-inflammatory, and antioxidant properties. Preliminary studies indicate that vitamin D normalizes BDNF and increases NGF. Many preclinical studies have supported the hypothesis that vitamin D deficiency leads to cognitive impairment, attention, and behavior problems.

Scientific research establishes these as some additional nutrients that can enhance cognitive performance: phosphatidyl choline (found in lecithin, eggs, sunflower seeds); huperzine A (from Chinese club moss); curcumin/turmeric (especially Theracurmin for improved memory and attention); berberine (used in traditional Chinese medicine; derived from multiple plants, including goldenseal); gotu kola (herb used in Chinese and Ayurvedic medicine), lion’s mane (mushroom); magnesium L-threonate (the mineral form that restores degraded neuronal connections); and pregnenolone (derived from cholesterol; the parent hormone from which all other steroid hormones are made). When selecting any of the above or other cognitive enhancers, keep in mind that each nootropic has a different function, and each unique brain can require a unique stack of nutrients for increased performance.

Submitted by Erika Dworkin, Board Certified in Holistic Nutrition®, Owner of the Manchester Parkade Health Shoppe (860.646.8178), 378 Middle Turnpike West, Manchester, CT, www.cthealthshop.com, nutrition specialists trusted since 1956. Erika is available to speak to groups including, on Zoom. 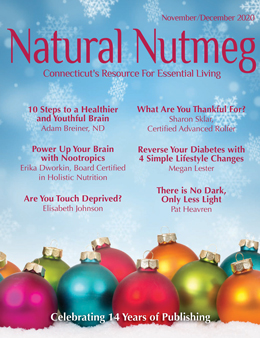