10 Steps to a Healthier and Youthful Brain 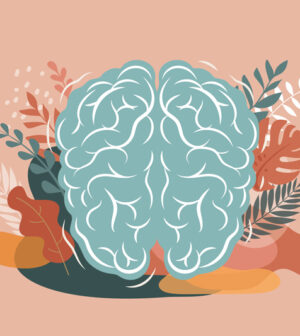 Brain health is an important topic these days. It is estimated that at least 5 million people have dementia in the United States; worldwide, it is close to 50 million people! Most adults know someone suffering from one form or another. The primary type of dementia is Alzheimer’s disease and it is the sixth leading cause of death in the United States. It kills more people than breast and prostate cancer combined. Between 2000 and 2018, deaths from Alzheimer’s disease increased by 146%! One out of every three seniors dies with Alzheimer’s disease or another type of dementia. The cost emotionally and medically is staggering. Medically, the cost this year will be about $300 billion and it is estimated by the year 2050, it will be over $1 trillion.

We view dementia as the end stage of a downhill process that has been progressing for many years. Obesity, hypertension, and diabetes are all associated with different types of dementia; these issues need to be dealt with, preferably at the early stages. As you can see, approaching dementia from the holistic point of view could take many pages. In this article, we would like to limit our discussion to things that can help prevent dementia and perhaps mitigate some of the symptoms or signs of the already manifesting disease.

Ten Steps to a Healthier and Youthful Brain

1. Avoid Head Trauma. Head trauma, especially where there has been a loss of consciousness, appears to be linked to an increased risk of Alzheimer’s disease. Think of football players and the associated problems with repeated trauma to the brain. We all know that a concussion is a type of head injury, but it’s more than just a bump or a bruise. Concussions are serious because they are a type of traumatic brain injury (TBI). As a result of a sudden blow, jolt, or change of direction (e.g., whiplash), the brain suddenly shifts within the skull. This head trauma can result in torn nerve axons, bruising, and damage to blood vessels. If not treated properly, damage and inflammation can adversely affect brain function, even long after the initial injury. It is essential to wear a helmet when playing contact sports, riding bikes, or playing soccer.

2. Exercise. Physical activity is essential to increase blood flow and oxygen to the brain. Exercise has been shown to increase Brain-Derived Neurotropic Factor (BDNF), a nerve growth factor. BDNF helps our brain improve cognitive abilities and helps us with memory and learning. The more BDNF, the better. If someone is starting to show signs of dementia, hyperbaric oxygen therapy is often beneficial. While we normally breathe oxygen at a 21% concentration, a patient in a hyperbaric oxygen chamber breathes 100% pure oxygen under pressure. This pressure allows for oxygen to dissolve in the bloodstream and diffuse into tissues such as lymph and cerebrospinal fluids at concentrations not allowed under normal atmospheric conditions. The body’s blood and tissue oxygen concentrations may increase up to 20 times the normal level. Today the most profound use for hyperbaric oxygen is for the treatment of neurological disorders. With the help of hyperbaric oxygen therapy, brain damage believed to be irreversible may reverse.

4. Sleep. General healing occurs during sleep. This healing process includes the brain. Sleep apnea is associated with increased diabetes, cardiovascular disease, stroke, Alzheimer’s and dementia. If you snore, wake up tired, or fall asleep easily while reading or watching TV, you may be suffering from various levels of sleep apnea.

When taking a 3-D Cone Beam dental scan, we find a significant number of patients have a restricted airway, which usually indicates an apnea problem. If suffering from any of the above, a sleep study is a good idea. Make sure you practice good sleep hygiene. Good sleep hygiene means that your bedroom should be dark and quiet, with no EMFs, and it is best not to be on your phone, computer, or watching TV for at least an hour before going to sleep.

5. Stress. Stress elevates cortisol which has been linked to cognitive decline. Having a positive attitude, not being a victim of circumstances, praying, yoga, exercise, meditation, a hobby, and anything else that helps you relax is essential. Walk barefoot in the sand or on the grass to “ground” you, thereby absorbing the earth’s electrons. Get plenty of sunlight as low vitamin D is associated with increased dementia risk. It is a good idea to know your Vitamin D level, this can be assessed with blood laboratory testing and is now included in our in-office Oligoscan testing.

6. Lower Your Toxic Load. We live in a toxic world. We have found that almost everyone has a problem with toxins. Among these toxins are heavy metals, pesticides, chemicals, solvents, and mold. All of these toxins are pro-inflammatory. There are various ways to test for these toxins and to decrease the toxic burden. We can do a chelation challenge urine test for heavy metals. There are laboratory tests for various toxic chemicals, pesticides, and mold toxins as all of these can affect the brain. At our office, we offer the OligoScan and energetic EAV testing to help determine your toxic load.

7. Clean Up Your Mouth. Studies show periodontal disease is associated with increased Alzheimer’s disease. Hidden dental infections, including abscessed teeth, cavitations, and root-canaled teeth are toxic burdens on the immune system and are all pro-inflammatory. 3-D imaging of the dental structures available in our center often uncovers these previously undetected problems. In the book “Beating Alzheimer’s,” author Tom Warren tells how he reversed his Alzheimer’s disease. Tom attributed his success in large part to removing various dental infections, mercury (silver) fillings, and other metals in his mouth. Mercury fillings give off mercury vapor which goes directly to your brain cells. If you remember the expression “Mad as a Hatter” associated with the Mad Hatter character in The Adventures of Alice in Wonderland, that was a reference to the “hatters” in Danbury, Connecticut. In the 18th and 19th centuries, the processes of making felt for hats used mercury nitrate, a toxic substance that hatters were exposed to, causing a variety of physical and mental problems.

8. Limit Pharmaceuticals. Pharmaceutical drugs have many side effects and the interactions aren’t known, especially when taking more than one drug. The number of prescriptions per capita in the United States in 2013 was twelve. For a person over age 65, that number jumps to 27. Who knows what the effect on the brain is from these drug interactions. Dr. Duane Graveline, an astronaut and flight surgeon, wrote a book about his memory loss when taking Lipitor®, a cholesterol-lowering statin drug.

9. Gut Flora. Intestinal health is directly related to brain function as the gut is looked upon as a second brain. The brain’s longest nerve, known as the Vagus nerve, innervates our gastrointestinal system. This connection is a two-way street, the brain can have a direct effect on the gut, and the gut can have a direct impact on the brain. This relationship is why having a healthy and balanced gut microbiome (bacterial environment) is so important. In fact, the bacteria in our gut make numerous neurotransmitters that can affect our gut motility and brain function. Consuming a gut-healthy diet is essential and this can be different for individuals; however, eating processed and sugary foods is a problem in general for everyone.

10. Foods and Supplements for Brain Health. Avocados, blueberries, broccoli, celery, bone broth, extra-virgin cold-pressed olive oil, walnuts, coconut oil, eggs, and beets are foods that are rich in the nutrients for your brain. You may need to supplement your diet, as support for numerous biochemical processes is essential for brain health and function. For instance, a new clinical trial published in The Lancet’s EBioMedicine (July 2020) suggests higher Omega-3 DHA dose may help Alzheimer’s Disease. To list all the supplements that aid in brain health would require a separate article. Your holistic practitioner is often the best resource to advise which supplements are best for you at this time in your life. He or she usually has access to high-quality, medical-grade products that are not readily available elsewhere.

Dr. Adam Breiner, ND, practices naturopathic medicine at Whole-Body Medicine in Fairfield, CT. Patients from Connecticut and surrounding states seek his care for Lyme Disease and Brain Injuries such as stroke, concussions, TBI, as well as enhanced Brain Performance. Visit the Neuroedge Brain Performance Center at: www.wholebodymed.com or to schedule an appointment or consultation, call 203.371.8258 ext. 2.