What’s All the “Buzz” About CBD 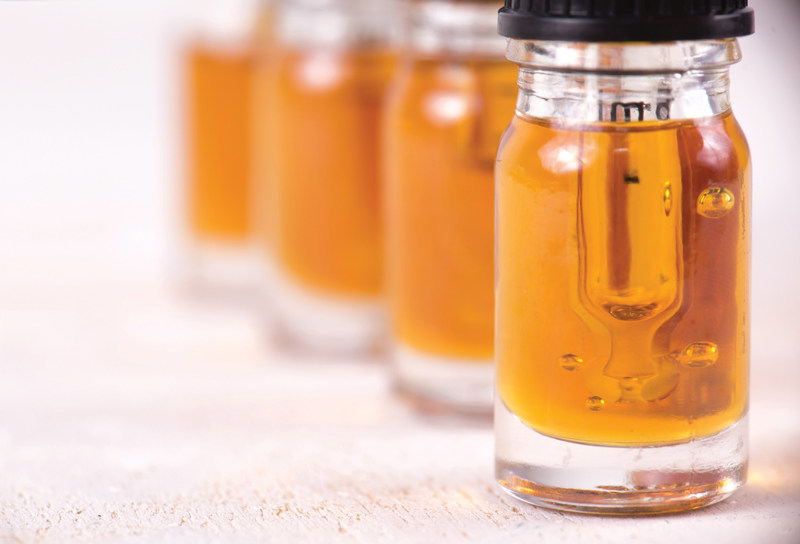 Yes, there’s been a lot of talk more recently about CBD, the cannabinoid derived from Cannabis and Hemp plants. Ironically, Hemp derived CBD or Cannabidiol does not provide the “Buzz” or psychoactive/euphoric effect which its THC containing close cousin Cannabis does. CBD is a phytocannabinoid and as such, is plant derived. There are also synthetic cannabinoids such as the prescription drug Marinol. The third division of cannabinoids are the endocannabinoids that are part of the “endocannabinoid system”(ECS), which functions inside our bodies as a homeostatic regulator.

History of CBD
Reportedly the cannabinoids THC and CBD were first isolated in 1940 by R. Adams at the Washington, DC Narcotics Laboratory, but the medicinal use of these compounds as Cannabis are found over 5,000 years ago in the Chinese pharmacopea. Cannabis was also used in Greek and Islamic medicine and was listed in the US Pharmacopea from 1850-1937. The 1937 Marijuana Tax Act made cannabis exorbitantly expensive and by 1970 it was placed on Schedule I as a restricted drug with the DEA.

The grandfather of cannabinoid research the Israeli scientist Raphael Mechoulam discovered the chemical structure of CBD in 1963. He would go on in the late 90’s with fellow researcher Ben-Shabat to discover the “entourage effect” that CBD had with other compounds found, for example, in hemp oil such as terpenes and bioflavinoids, which in combination with the CBD have a more profound physiological action. It was also discovered in the late 1990’s that our human bodies, like all vertebrates, had an endocannabinoid system complete with its own endocannabinoids (AEA and 2-AG) and cannabinoid receptors (CB1 and CB2).

The Endocannabinoid System
The author Ethan Russo, MD states, “Taken together, the three components of the ECS, the endocannabinoids, their regulatory enzymes and receptors, can be thought of as a key mediator of physiological homeostasis, thus ensuring that various bodily systems function within tight parameters with neither a deficiency nor excess of activity.” The Endocannabinoid system is active throughout the body including the central and peripheral nervous, gastrointestinal, immune, endocrine, musculoskeletal and integumentary systems.

To date, there are many studies in animals, in vitro (test tube), human anecdotes and case studies which demonstrate the wide range of potential medicinal actions of cannabinoids including CBD. It should be kept in mind that we do not have the number of large human clinical trials that we need to prove the wide potential of applications which may be derived from these cannabinoids. Some of the human studies have involved combinations of CBD and THC, like the prescription drug Sativex for MS muscle spasm and there has been recent FDA approval of GW Pharaceuticals’ new drug Epidiolex containing purified CBD for the treatment of two rare seizure disorders in children.

The educator and physician Stefan Kuprowsky, ND, a naturopathic doctor in Vancouver BC, points to the wide array of potential conditions we may treat with CBD owing to the broad homeostatic and regulatory actions the ECS has on the body. These include CBD’s potential to lower blood pressure, relieve anxiety, antipsychotic, anti-ischemic (improve blood flow), reduction in seizure activity, anti-inflammatory, relief of Crohn’s disease, neuroprotection (after a stroke or concussion), joint and muscle pain relief, antidiabetic, relief of psoriasis and bone stimulant. CBD and THC also appear to have roles in the treatment of cancer and the side effects of chemotherapy.

Legalizing CBD
CBD has become widely available in the past couple of years in various forms and dosage strengths. Much of what is on the market is derived from Hemp Oil and can be purchased in capsules, liquids and topicals. Is CBD from all sources legal in all states? Only CBD from hemp oil with a negligible amount of less than 0.3% THC content can be sold country wide. CBD derived from cannabis can only be purchased legally in states which have recreational marijuana laws or if one has a prescription cannabis card in a state legal for medical cannabis like Connecticut.

The looming question is what will the FDA do with the legality of CBD now that there is an approved CBD based prescription. An FDA Q&A website is reported to assert that CBD products are excluded from definition of a dietary supplement under Federal Food Drug & Cosmetic Act (FDCA) as amended by the 1994 Dietary Supplement Health and Education Act. Will GW Pharma pressure the FDA to redefine CBD as a prescription only and remove it from over the counter? The recent signing of the Federal Farm Bill may mitigate this possibility as Hemp has been reclassified as a ‘Commodity” and farmers will not have the previous restrictions on cultivation and sale of this crop and its products.

Given the tremendous potential for its use, and the anecdotal results which I am hearing from and beginning to see in my patients, I truly hope that it will remain available over the counter with the following provisos. CBD, like the herb St. John’s Wort and grapefruit, has the potential for unintended prescription drug interactions through interference with the liver’s Cytochrome P450 enzyme system. This liver detoxification system regulates the metabolism of many drugs including beta blockers and calcium channel blockers used in high blood pressure, Warfarin an anti-coagulent, antidepressants like SSRI’s and anti-tissue transplant drugs like Cyclosporine, and many other drugs. While generally considered safe and non-toxic, CBD should be taken with other prescriptions only under the monitoring and advice of their prescriber.

The CBD product one chooses should preferably be organically grown, hemp derived, containing all the “broad spectrum” ingredients found in hemp including synergistic terpenes and bioflavonoids and have independent lab testing for environmental contaminants and accuracy of dose content. The topic of dosing is outside the scope of this article, but the general consensus is to start low and work up slowly until the desired results are obtained.

It remains to be seen what fate holds for CBD in today’s shifting political and regulatory landscape. I am optimistic that CBD will remain available over the counter and that it’s true potential will be proven in a wide variety of clinical trials in the many diseases it appears to hold promise for.

Dr. Robert Murphy is a naturopathic physician and an Adjunct Clinical Professor at the University of Bridgeport College of Naturopathic Medicine. He practices at The Center for Natural Medicine, LLC, 640 main St., Watertown. 860-945-1004. Dr Murphy is accepting new patients and participates in most major health insurance plans.