The Right to Know…About What You’re Eating 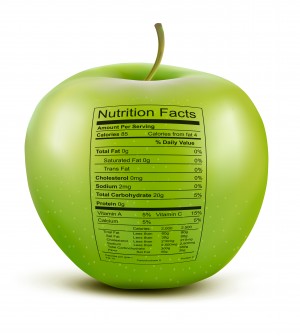 Here we are in 2015, and there is so much to learn about our food and healthcare in America. Our food AND our health care, as they are one and the same. People across the country are ready to have a revelation, an epiphany, a sudden onset of searching for total truth and knowledge about our healthcare and food systems.

The Right to Know
People should know exactly what they are eating. The food industry should be required to disclose to us every detail about the food they provide so we can choose what we put in our bodies.
This American Revelation about food actually started years ago. Karen Hess, in 1977, wrote: “…we write with trepidation. How shall we tell our fellow Americans that our palates have been ravaged, that our food is awful, and that our most respected authorities on cookery are poseurs? Can most Americans be wrong?”
“YES” was her response to her own question. Hess is credited with sparking the resurgence in farmers markets in New York and elsewhere. What does this have to do with dysbiosis? With health care in America? Everything.

Dysbiosis – What is it?
The basic definition of dysbiosis is “an imbalance of bacteria in the intestinal tract.” This bacteria, also called flora, is key to the digestion and assimilation of nutrients into the body. Most people are familiar with acidophilus and probiotics, which are some of the many species of flora in the digestive tract. There are many more species working diligently at processing food into nutrients. The balance of the bacteria is crucial to keeping the body healthy and keeping the opportunistic organisms in check. There are living yeasts known as candida, and bacteria like E.coli that reside in the intestinal tract harmlessly, as long as the proper balance of good bacteria outnumbers the opportunistic ones.

Digestive bacteria can be damaged by any number of things, such as antibiotics, which can result in irregular bowel movements, and/or increase yeast, due to decrease in the good bacteria. If the balance is not corrected quickly, often using probiotics like acidophilus, the dysbiosis can become chronic. Chronic dysbiosis (bacterial imbalance) will cause digestive-tract dysfunction in many different ways.

Some patients will develop chronic diarrhea, some will suffer from constipation, and others will experience flatulence and bloating. The longer proper digestion is inhibited, the more the symptoms will increase. Celiac patients, for instance, have a genetic mutation that inhibits the ability to digest wheat. The result of this over time is chronic diarrhea. The diarrhea and dysbiosis will then lead to other health issues until the elimination of wheat in the diet and correction of bacterial balance in the digestive tract is accomplished.

Treating the cause resolves the health issues.
Dysbiosis can be looked at as a chicken or an egg, which-comes-first situation. Does the dysbiosis cause illness or does the illness cause dysbiosis? Inside the digestive tract the microbial system lives symbiotically with the human body. When food is consumed, this garden of flora is responsible for helping to break food down into the nutrients that serve the rest of the system; nutrients that are needed to survive and thrive. It is, as I’m sure you have guessed, an incredibly complex process. There are many factors that all need to be in balance for this process to be efficient. An imbalance in just one part of the process can lead to many different health-related issues.

Dysbiosis will affect any and all parts of the body because each bodily function is important to the balance and proper function of all of the others. Health issues in other bodily functions can also cause the dysbiosis to occur, which will then lead to the symptoms and health issues.

For instance, what happens when the immune system malfunctions and begins to produce antibodies against a food, marking it as an intruder? What if the body decides to react by sending out antibodies every time that food is consumed? Antibodies are produced by the immune system in response to intruders; that process is followed by another complex reaction that can end in physical symptoms because of the intruder.

However that isn’t the only system that will be affected. Dysbiosis causes widespread health issues. The symptoms and conditions can range from skin problems, like eczema or psoriasis, to neurological issues like depression or insomnia.

The breakdown of proteins turned into amino acids is necessary for the neurotransmitters to be formed. This is so important! If the amino acids are not broken down, or are used up someplace else before they can get across the blood brain barrier, there will be a resultant effect on some or all of the neurotransmitters. This is an incredibly simple way to describe a single effect that happens when there is dysbiosis in the digestive tract. The bottom line is, however, if someone is having issues with neurotransmitters, they need to address any digestive issues as part of a treatment protocol to correct a possible cause of the imbalance.

Your Pharmaceuticals Won’t Work
Even the pharmaceuticals you take might not be doing what they are intended to do if you don’t have the correct balance of digestive flora. Drugs are developed based on the expectation that the digestive tract is fully functional with a healthy bacterial balance. If the bacteria is out of balance the drug may not get digested properly and the effect can cause many different reactions. The drug may not work, or it may create side effects, or the patient could have a reaction that isn’t known to be a side effect because of the improper bacterial balance… the resulting symptoms can be endless and individual. Once another drug is added to the mix the complications may increase.

How Detrimental is Dysbiosis in Children?
In December 2014, Dr. Stephanie Seneff, a Senior Research Scientist at Massachusetts Institute of Technology (MIT), made the following statement: “At today’s rate, by 2025, one in two children will be autistic.” Her audience was reported to have been shocked by this statement.

Her research helps respond, in astounding fashion, to the ongoing claims by herbicide and pesticide producers that there is no scientific evidence that glyphosate causes harm to humans. Here is an excerpt from a report of Dr. Sheneff’s presentation:

Monsanto claims that Roundup is harmless to humans. Bacteria, fungi, algae, parasites, and plants use a seven-step metabolic route known as the shikimate pathway for the biosynthesis of aromatic amino acids; glyphosate inhibits this pathway, causing the plant to die, which is why it’s so effective as an herbicide. Monsanto says humans don’t have this shikimate pathway, so it’s perfectly safe. Dr. Seneff points out, however, that our gut bacteria do have this pathway, and that’s crucial because these bacteria supply our body with crucial amino acids. Roundup thus kills beneficial gut bacteria, allowing pathogens to grow; interferes with the synthesis of amino acids including methionine, which leads to shortages in critical neurotransmitters and folate; chelates (removes) important minerals like iron, cobalt and manganese; and much more. Even worse, she notes, additional chemicals in Roundup are untested because they’re classified as “inert,” yet according to a 2014 study in BioMed Research International, these chemicals are capable of amplifying the toxic effects of Roundup hundreds of times over. Glyphosate is present in unusually high quantities in the breast milk of American mothers, at anywhere from 760 to 1,600 times the allowable limits in European drinking water. Urine testing shows Americans have ten times the glyphosate accumulation as Europeans. “In my view, the situation is almost beyond repair,” Dr. Seneff said after her presentation. “We need to do something drastic.”

Basically, Roundup and GMO foods that are Designed to Produce their own Roundup, Cause Dysbiosis in Humans.
For those who have been working diligently for GMO labeling, so the public can be fully aware of what they consume, this is an unfortunate and profound “we told you so.” Sadly, the profiteers wanted the public to believe it was safe enough for consumption while they made fortunes and before collateral damage could be uncovered. The government has been working towards labeling food products for years. In the recent past it has been proposed all over the United States that foods that contain GMOs be labeled as such. However, the lobbyists for the processed foods and the chemical companies that make GMO products have fought just as diligently to keep it off the labels. Often the lobbyists claim that people would be overly concerned about GMO produce in the food and the financial damage would be debilitating.

“Overly concerned” now appears to be a reasonable reaction. We have to ask—what is the financial damage to the country if one in every two children is diagnosed with Autism, and we as a society did nothing to stop it?
The epidemic of autism and children on the spectrum needs to be corrected, and quickly.
How do We, as a Society, Reverse This?
In our Capitalist Society, consumers drive the supply and demand. It is the nature of this type of economy.

We Have the Power
A drastic change in what the consumer chooses to buy could drive the food producers to provide what the American public demands.

Americans with the knowledge that non-organic food may well play a part in our spiraling-out-of-control medical system can change everything. Our society can cause the food producers in the country to return to the less toxic farming methods of the past, the same methods that are still used in Europe, and provide organic food without GMOs. Consumers can buy from local farmers and ask them how their food is produced, pushing the local economy and the demand in local and organically grown food.

To do this, many will have to change the way they think. Start with this: a lot of poor quality, cheap food cannot provide the human body with the good health that good quality food can. The more good whole food consumed, the better the nutrients, and the lower the likelihood that dysbiosis will result. From the wholistic point of view, good food feeds the organisms in the digestive tract what the organisms, and therefore the human, needs to thrive.

It’s your good health that is at stake when you eat cheap, GMO, pesticide-laden foods. Looking at society in the same wholistic viewpoint, our healthcare system is also at stake if we don’t correct the imbalance by consuming nutrient-rich, organic food.

In 1977, Karen Hess had no idea how right she was. She also had no idea how far the poseurs would be willing to ravage America’s food system at the expense of their fellow Americans’ health. She had no idea that it would take an American Revelation for people to become more aware of what they are eating in order to save their health and that of future generations.

Call Your Representative
Please call your local state representatives and ask them to change the GMO label bill in Connecticut to mandatory labeling of any products that contain GMO produce. People need to know what they are eating. Our health depends on it.

To learn more about naturopathic medicine, or to find a licensed naturopathic doctor, visit www.ProNaturalPhysicians.com. ProNatural Physicians Group N.D.’s are providers for most major insurance carriers.

Coming soon – shop online for the supplements that the doctors prescribe www.ProNaturalPhysicians.com.