The Herbal Treatment for Sleep Apnea 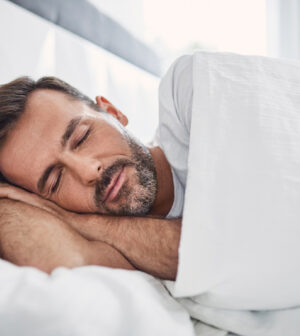 Sleep apnea is one of the most common sleep disturbance problems in America. It ruins the sleep of 25 million Americans with likely millions more un-diagnosed sufferers. The condition prevents the sleeper from entering REM and Delta sleep causing them to become anxious, cantankerous and tired during the day. There are very serious health consequences of prolonged sleep disturbance and deprivation.

When diagnosed, the patient is told to lose weight, drink less alcohol and quit smoking. Beyond that, surgery is offered, though it is painful and has provided only limited success. Dental mouth-pieces can be difficult to sleep with and long-term effects on tooth alignment are questionable. Another common option is CPAP. This is a forced air mask, worn during sleep, that insures proper inhalation. Experience has shown that 60% of patients are not able to tolerate the mask and ultimately discontinue using the equipment. Some users develop respiratory infections from the mask. Finally, there is an herbal and natural approach that we can explore.

What Causes Sleep Apnea?
Before we evaluate the “solutions”, let’s consider what is causing the condition. When we begin to fall asleep, we move from stage one (drowsiness) into stage two sleep. Stage two sleep is the transition stage before entering REM (rapid eye movement). REM sleep is where we dream. Dreaming is critical to a good night’s sleep. When we enter stage two sleep in preparation for dreaming, muscular activity is inhibited (blocked). It is called “reduction of muscle tonus”. This is a function that occurs primarily to keep the dreamer from physically acting out the movements of their dreams.

The first problem is that the inhibition of signals from the brain tends (inadvertently) to reduce the signal that tells the diaphragm to breathe. In some individuals, upon entering stage 2 sleep, the breathing will actually come to a stop (Sleep Apnea means cessation of breathing.) As breathing becomes shallower, the blood oxygen level drops and the carbon dioxide levels rise. In a young and healthy individual, this would elicit stronger and deeper breathing from the physiological control system that regulates these activities. In an older individual the respiration reduces in intensity and the blood oxygenation drops. This is where the safety back-up system comes in. When the blood gas levels get too far imbalanced, the brain intervenes and causes the body to make a large and immediate inhalation. This causes a large pressure differential in the pharynx and literally sucks the sagging-soft palate into the airway. This obstructs the air flow and causes a loud “SNORT” partially or fully awakening the subject. Most times, the subject is not fully awakened and thus isn’t aware that this is even happening. It still disturbs their sleep enough so that they return to stage 1 sleep.

Upon awakening or returning to stage 1 sleep, the inhibition causing the reduction of muscle tonus for entry into stage two sleep is released and respiration begins again in a somewhat normal manner. As the subject starts to drift off to sleep again, they move into stage two, the muscle tonus drops, the soft palate sags, the signal to the diaphragm diminish and the cycle repeats. The resulting snorting awakenings typically occur every 1 to 5 minutes or so.

Solutions for Sleep Apnea
If your breathing was sufficiently deep enough, then you would not make a rapid inhalation, suck your soft palate into the airway and snort; disturbing your sleep. The appropriate solution is to accentuate (increase) the ability of the brain to communicate with the diaphragm so that you breathe deeply and steadily throughout the night.

Sure it is beneficial to strengthen the muscles of the soft palate. Yes, it is advantageous to reduce muscular tension in the neck. Both of these things will make a noticeable improvement in the condition. In fact, some foods like wheat products and cheese should not be eaten near to bed time as they can cause congestion which aggravates the condition. However, the most dramatic impact can be made by the administration of just a few common herbs.

Lobellia when used in small doses, acts as a respiratory stimulant. It has been used for thousands of years to treat respiratory conditions. This herb, when taken before bed, can actually increase the quiescent level of respiration sufficiently so as to avert the dangerous drop in blood oxygen level that occurs upon muscular inhibition. It can maintain deep steady breathing throughout the stage 2 sleep period.

Thyme has traditionally been used to enhance pleural activity. It actually improves the ability of the lungs to exchange CO2 for oxygen and makes an excellent contribution to maintaining sufficient respiratory amplitude.

Chamomile aids the subject in relaxing and Cramp Bark helps the upper trapezius muscles to relax.

This combination of herbs taken before bed has been demonstrated to relieve sleep apnea in most cases.

Steven Frank has been researching respiratory infection therapy for 15 years, holds three patents in this area and has conducted research at the Institute for Tuberculosis Research, National Jewish Hospital and Klearsen Corporation. His work was presented to ANMA in 2006. 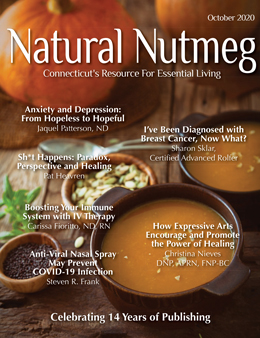