How Do I Know if I Have Lyme Disease? 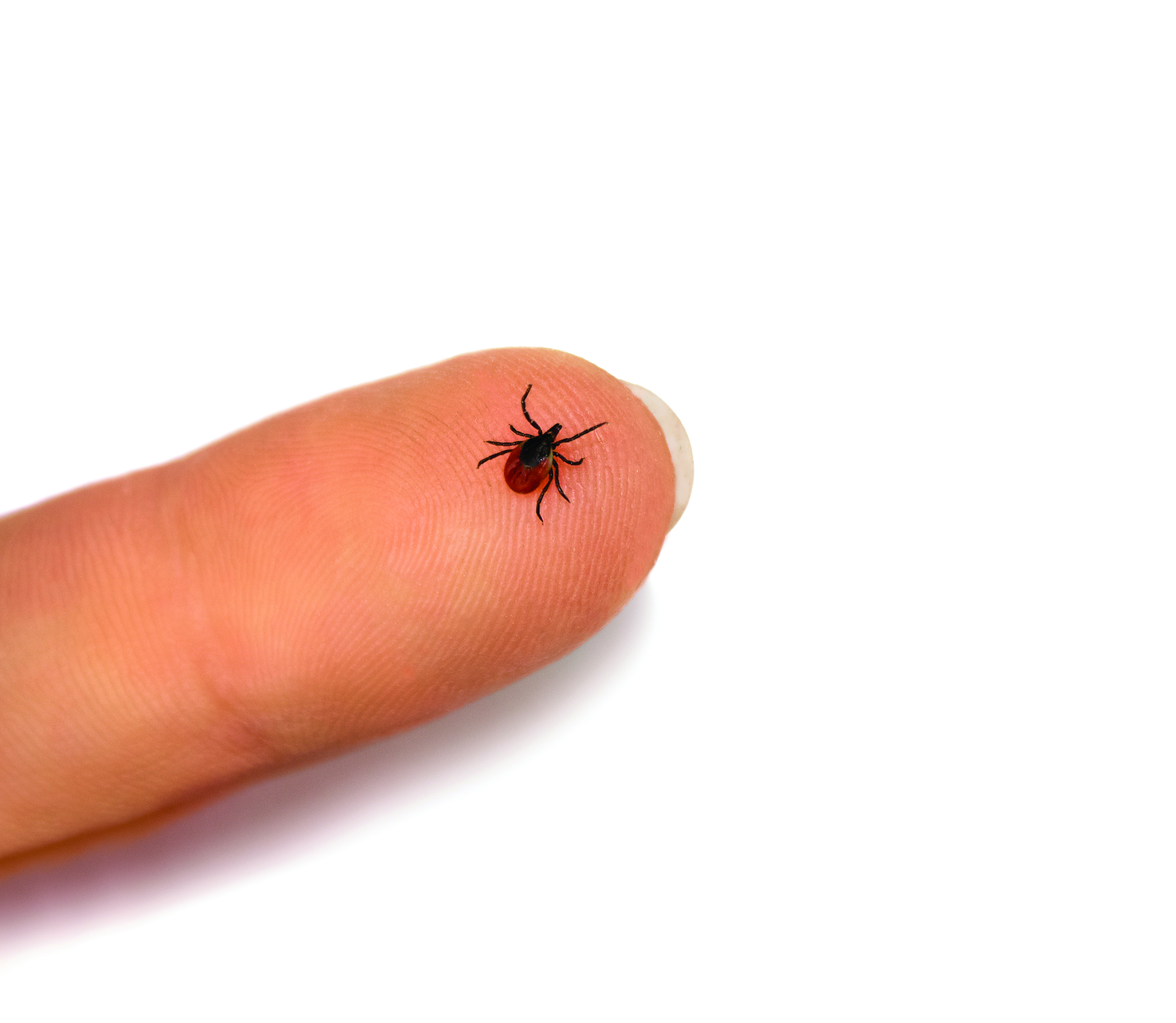 Trying to Conceive? Natural Ways to Boost Fertility
Leveraging the Natural Power of the Mind to Conceive
Looking for a Safe, Natural Alternative for Rejuvenating Aging Skin?

Connecticut, the home of Lyme disease in the US, remains one of the most highly affected regions of tick-borne illnesses. The disease is caused by an infection from the bacteria Borrelia burgdorferi, and according to the Center for Disease Control (CDC), there has been up to 30,000 reported cases annually.

A bite from an infected nymph deer tick, also known as a blacklegged tick, is the most common route of transmission to humans. Because nymph ticks are about the size of a poppy seed, it can be extremely difficult to discover a bite.

If a person becomes infected there are three categories of symptoms that may be experienced. The first stage is referred to as “early localized.” During this stage the infection is relatively restricted to the area of the bite. The common bull’s-eye rash, Erythema Migrans, is among these early symptoms. However, it should be noted that reports show fewer than 50% of people with Lyme disease noticed a rash, therefore absence of the rash does not rule out the illness. Additionally, flu-like symptoms such as fever, fatigue, headaches, and muscle aches may occur. Speaking with your doctor about the various aspect of Lyme disease can help improve prevention and also help you interpret any symptoms for early detection.

If left untreated, Lyme disease has the potential to spread throughout the body, making symptoms more severe. This stage is known as “early disseminated” and can present within the first few months of an infection. Symptoms that arise during this stage are often severe and frequently have a neurological component. Intense headache, neck stiffness, and light sensitivity are indicative of meningitis, inflammation of the membrane that lines the brain. During this stage, a person may also experience rapid onset of facial paralysis, affecting one or both sides of the face. Memory loss, mood changes, body pains, sleep disturbances, and debilitating fatigue are also symptoms of early dissemination.

Unfortunately for some, Lyme disease does not stop there. Whether treated or not, it can progress to the third stage called “late disseminated.” This stage can last for months or even years, and often times never fully resolves. Chronic fatigue, muscle weakness, shooting nerve pain, cognitive decline, paralysis, and depression are among the common lasting effects of the illness.

While these three stages demonstrate the common manifestations of Lyme disease, symptoms can and do vary greatly among individuals. Because B. burgdorferi is a spirochete, a spiral shaped bacteria, and has the ability to invade almost any tissue within the body. The symptoms individuals experience depend on what body region becomes infected. B. burgdorferi can cause such a wide array of symptoms it is often referred to as “The Great Imitator,” mimicking the signs of many other illnesses. Due to the diversity of symptoms it is important to have a doctor who is familiar with the disease in order to ensure proper diagnosis.

The diagnosis of Lyme disease is one based on a combination of exposure history, clinical presentation, and lab testing. Because of the size of deer ticks and the inconsistent development of the related rash, it can be nearly impossible to know for sure if there was an exposure. Symptoms can vary greatly and often mimic other illnesses, making a diagnosis based on clinical presentation also difficult. To complicate the matter further, lab testing has its own limitations as well.

The CDC recommends a two-tiered approach including the ELISA and Western Blot tests to help with diagnosis. Each test is performed to assess for the presence of antibodies against B. burgdorferi in the patient’s blood. The problem with these tests are the high false negative rates, meaning there is a large percentage of people who may have Lyme disease, however the results come back negative. Studies report that false negatives can happen in up to 35% of all cases.

While this two-tiered approach is the most commonly performed, other tests do exist, and can be used to help provide additional support for diagnosis. Polymerase chain reaction (PCR) tests are used to identify the presence of DNA fragments specific to B. burgdorferi. Additionally, a culture test was released in 2011, which theoretically could help eliminate the ambiguity of other tests. While PCR and cultures are not commonly performed at conventional medical centers, certain Lyme literate doctors often utilize them to help determine the presence of the illness. Such doctors are striving to use better testing to provide the best care for their patients.

The conventional treatment for Lyme disease, in accordance with the CDC, is a 10-21 day course of antibiotics, typically doxicycline or amoxicillin. Because of the difficulties in making an immediate and accurate diagnosis, treatment is often delayed, making a full recovery more difficult. While this preliminary treatment approach is sufficient for some, it is not always enough for others.

Ridding the body of the bacterial infection is a crucial component of treatment. While this is the job of antibiotics, it can be hard for complete eradication. Since B. burgdorferi is a spirochete and can infiltrate deep into the body, it often resides in areas of poor circulation, making it difficult for the medicine to reach all necessary locations.

Another reason why such treatment may not be sufficient is because this approach relies on addressing only one specific factor of the illness, killing bacteria. As mentioned before, Borrelia has the ability to infect and injure many regions of the body, including the brain, visceral organs, and the musculoskeletal system. While antibiotics work to eliminate the bacteria, they do not address the harm already done to the body. At our clinic, our aim is to not only stop the progression of the disease by eliminating the bacteria, but to also support the areas already weakened by the infection. The treatments we use are individualized to each patient, helping to progress towards a more complete recovery.

Treating Lyme disease by focusing on eliminating the bacteria rather than treating the whole person is one reason some people do not fully heal. Another major factor is the presence of co-infections. While Lyme disease is specific to an infection from B. burgdorferi, ticks often carry other types of bacteria, viruses, and even parasites. Common co-infections found in our area include Ehrlichia Babesia, Anaplasma, and Bartonella. It is important to identify and treat any co-infections that may be contributing to a person’s illness.

While Borrelia burgdorferi and the co-infectious microorganisms have been in the Northeast for many years, it has recently been discovered that another species of Borrelia, Borrelia miyamotoi, is now in this region. This species has been found in two types of American ticks, including the common blacklegged deer tick.

Symptoms of this particular infection could mimic those seen in the early stage of Lyme disease. Conventional testing for Lyme does not pick up the presence of this new species, and thus may further contribute to difficulties in accurately identifying the cause of a person’s illness. Again, speaking to a physician experienced in this field would be of most help in obtaining an accurate diagnosis.

Speaking with your doctor on ways to prevent bites, what to do if bitten, and additional information on testing and treatment can help keep you and your family safe. More information can also be found on the Center for Disease Control’s website, as well as on LymeDisease.Org.

Keep in mind that a holistic approach, one that treats the whole person rather than just the infection, often yields the greatest success.

Dr Pasternak’s interest in Naturopathic Medicine was sparked at an early age and and has been a long standing passion of hers ever since. She received her bachelor degree in cellular and molecular biology and her doctorate in naturopathic medicine from Baster University. During that time, she participated in  various independent research projects with a primary focus on genetics. To help expand the availability of naturopathic care, Dr. Pasternak volunteered her time by providing medical services to the homeless population living in Seattle’s tent cities. In addition to treating conditions related to the immune, endocrine, and digestive system, personal experiences lead Dr. Pasternak to drive deeply into the field of Lyme disease and other tick-borne illnesses. When working with patients, Dr. Pasternak always seeks to find the root cause of disease and values taking time to educate her patients. She creates customized treatment plans for each person, utilizing a blend of nutrition, botanical  medicine, and craniosacral therapy. She is a member of naturopathic medical associations on both the state and national levels, and continues to expand her knowledge by staying up-to-date on current medical advancements. Connecticut Natural Health Specialists, LLC, 315 East Center Street, Manchester, CT, www.ctnaturalhealth.com, T (860)533-0179 F (860)812-2025.