Why Am I So Sensitive to Chemicals? 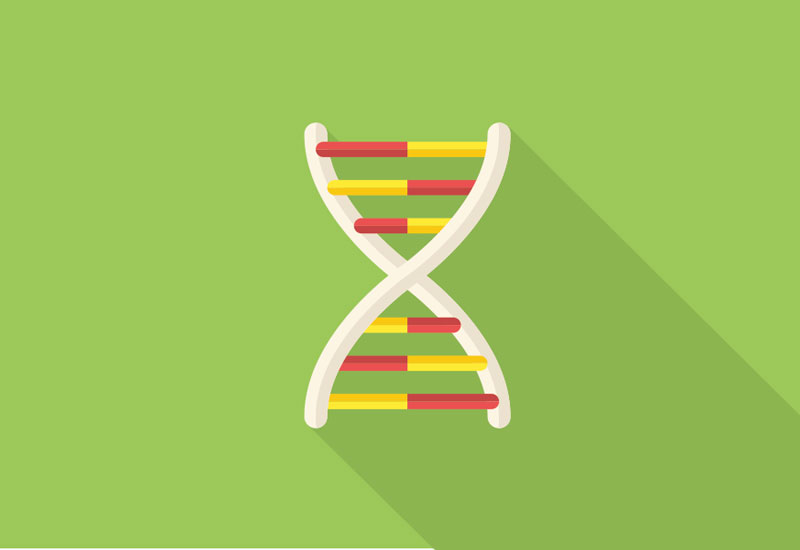 You Are What You Eat: The Truth Behind Metabolic Syndrome
I’ve Been Diagnosed with Breast Cancer, Now What?
Osteopathic Medicine for Relief from Chronic Pain

As a young child, I remember being allowed by my parents to run ahead through the department store’s perfume section as long as I waited on the other side. If I didn’t get through quickly enough I would get a headache and have an asthma attack. When my parents repainted my bedroom when I was 11 years old, the smell of the paint made me so sick that I could not sleep in the room for more than a week. You may ask yourself why such a young child could not tolerate perfumes and paint. The simple answer is that I grew up five minutes away from a chemical plant that is now classified as a Superfund site. In particular, this company was polluting the air and water with a chemical called xylene. Xylene is a petrochemical that is aromatic in nature and similar to benzene and toluene. It can be found in solvents, paints, dry erase markers, cleaning agents, printing, rubber, airplane fuel and gasoline. Xylene vapor is known to cause headaches, dizziness, nausea, vomiting, and breathing issues. Miraculously, when I left home to attend college my constant asthma symptoms went away. I did really well until I moved into my current home which is, unfortunately, across the street from a major highway. Over time my asthma symptoms slowly returned. My ability to be around perfumes, scented candles, paint, walk through the laundry detergent aisle at a grocery store or even go into stores like Home Depot was lost.

Why is it that I am so sensitive to chemicals while others in a similar situation have little to no problem? The answer is genetics. In order to detoxify appropriately we need to be able to synthesize glutathione, a major antioxidant. Glutathione is created from three amino acids: glutamine, cysteine and glycine. This antioxidant is then required by our cytochrome P450 system within the liver to help detoxify various medications, environmental toxicants, hormones and other metabolic byproducts. While everyone has the ability to synthesize glutathione to some extent, a variety of genetic single nucleotide polymorphisms (SNPs—pronounced “snips”) can impair this process causing decreased levels of glutathione. SNPs is a fancy term meaning that there is a misspelling in the DNA code that causes a change in function to the gene. To be classified as a SNP, the misspelling must occur in at least one percent of the population.

Cystathionine Beta Synthase (CBS)
There are quite a few SNPs that may cause problems in glutathione production. One such SNP is cystathionine beta synthase (CBS). This is an enzyme that is involved in the methylation pathway. Methylation means the attachment of methyl groups to DNA at cytosine bases and is correlated with reduced transcription of the gene. More simplistically, it is responsible for turning genes off. This is important because when a genetic SNP is active it can cause problems for the individual. Genes, thankfully, are not always active. They require an epigenetic influence. This is an environmental trigger such as stress, bacterial or viral infection, pollution, or poor lifestyle.

At the center of the methylation pathway is homocysteine. If this sounds familiar to you it is because it is often run by physicians as a blood test to determine risk for cardiovascular disease and miscarriage. It is influenced by three vitamins: B12, B6 and folate. The reason that these vitamins are important for the breakdown of homocysteine is because they serve as cofactors (helpers) for enzymes within the methylation pathway. In the case of the CBS enzyme, it requires vitamin B6 to convert homocysteine to cystathionine (an amino acid—building block of protein). Cystathionine then leads to another pathway called transsulfuration. Transsulfuration allows for the formation of sulfate, taurine and glutathione. Therefore, it is really important for the CBS enzyme to work effectively or there may be decreased levels of glutathione available for detoxification. If you noticed within the name “transsulfuration” we have the word “sulfur,” this is because cysteine is a sulfur-based amino acid. Sulfur is a mineral found in animal proteins; cruciferous vegetables including cabbage, kale, Brussels sprouts, cauliflower and broccoli; vegetables in the onion family including onions, shallots, leeks, green onions, chives and garlic; other vegetables such as asparagus and spinach; and in wines with sulfites.

There are two well-known SNPs to the CBS enzyme. Yes, you can have more than one SNP to a single enzyme. This is because for every enzyme there are multiple genetic variants that code for the enzyme. This is how our genetics prevent any one enzyme from losing complete function (which could result in death). For CBS, we have a slow variant, CBS A360A, and a fast variant, CBS C699T. What this means is that with our slow variant we will have decreased conversion of homocysteine to cystathione. This causes a backup of homocysteine increasing its levels in the blood. In this case, simply increasing intake of the enzyme’s cofactor vitamin B6 will help the enzyme function more effectively and therefore help the body produce more glutathione. One could also use supplements to help increase the three amino acids required to make glutathione. This would include L-glutamine, N-Acetyl Cysteine (NAC) and glycine.

For those with the fast variant, unfortunately, things are a bit more complicated. What happens is that sulfur comes rushing through CBS at a rate that overwhelms a lower capacity enzyme further down in the pathway called sulfite oxidase (SUOX). Since the product of this enzyme is sulfate it produces excess sulfate causing sulfur intolerance. The fast movement of the CBS enzyme also causes the body to require more of vitamin B6, its co-factor, as it gets used up quickly. Similarly, since SUOX requires the mineral molybdenum it will likely increase requirements for this nutrient as well. Further, this will cause decreased levels of homocysteine. While this may sound like a good thing, without enough homocysteine the methylation pathway will come grinding to a halt. Another ramification is the decreased ability to detoxify.

Glutathione
Glutathione is one of the body’s major antioxidants. It is comprised of the three amino acids glutamine, glycine and cysteine. In addition to its role combating oxidative stress, it is involved in phase II conjugation reaction. The cytochrome P450 system in the liver has two phases. Phase I detoxification, while necessary, unfortunately can make substances even more toxic. It includes various cytochrome enzymes (CYP1A1, CYP1A2) used to detoxify medications, hormones, and various chemical toxicants. Whereas, Phase II detoxification makes the substance water-soluble and therefore able to be easily excreted. Phase II pathways include glutathione conjugation, acetylation, glucuronidation, amino acid conjugation (glycine and taurine), sulfation and methylation.

Taurine
Taurine is another amino acid. It is used as an antioxidant and does not really serve to create proteins like most amino acids. It is found naturally in our skeletal muscles and may therefore be supplied in the diet by meat, poultry and fish. Additionally, taurine may be synthesized in the body using the amino acid cysteine in combination with vitamin B6 via the transsulfuration pathway. Taurine is also required for the formation of bile acids required for appropriate digestion and absorption of fats, helps to stabilize cell membranes, functions as a neurotransmitter (brain chemical) and helps to maintain the balance of fluids within cells. Taurine may be helpful for safely moving heavy metals out of the body as it serves as a very mild chelator.

Glycine
Glycine is a conditionally essential amino acid. This means that while we can synthesize it from other amino acids, there are times when we can require dietary intake to get sufficient amounts. As mentioned previously it is required for the production of glutathione. However, it also can be used for the direct conjugation of many compounds within the body. Further, glycine is also an inhibitory (calming) neurotransmitter.

Decreased Synthesis of Glutathione
While we have only discussed one genetic SNP related to detoxification there are many more genes that can cause decreased synthesis of glutathione. Additional SNPs include:

So, why care about complicated pathways and genetics? Looking deeply at an individual’s biochemistry provides insight onto the unique makeup of the body and how it may (or may not!) function. When dealing with chemical sensitivities it is often extremely helpful to customize a detoxification program to meet your specific needs. While there are many detoxification programs on the market, they are very generalized and may not help you improve. For some individuals, such as those with the CBS C699T SNP it could even make your symptoms worse.

Jessica Pizano is the owner of Fit to You, LLC, which offers clinical nutrition and nutrigenomic counseling, as well as personalized training programs. Her concentrations include genetics and nutrigenomics, general health and fitness, weight loss, food allergies/sensitivities, autoimmune disease, obesity intervention, and Pilates. She earned a master’s degree in human nutrition at the University of Bridgeport. She is a certified nutrition specialist through the Board for Certified Nutrition Specialists. She is continuing her studies at Maryland University of Integrative Health where she is pursuing a doctor of clinical nutrition and is also an adjunct faculty member teaching nutritional genomics. Currently, Jessica practices nutrition counseling, nutrigenomics, and personal training in her studio in Avon. She may be contacted at (860) 321-7234 or online at: www.fittoyouct.com.