What Lyme Disease Does to Our Immune System 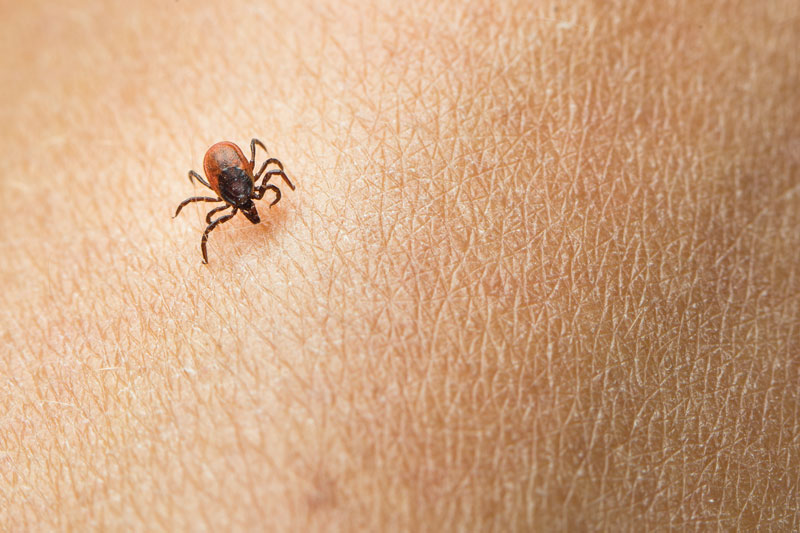 Why You Should Watch Out For Genetic Mutations
Leveraging the Natural Power of the Mind to Conceive
Can a Horse be Your Best Coach?

Our bodies are incredibly resilient and capable of fighting microbes, which are constantly bombarding us. We can ward off harmful bacteria, viruses, and even parasites and typically bounce back with relative ease. However, many people are keenly aware that this isn’t always the case with Lyme disease. People can be infected with the borrelia burgdorferi, the bacteria responsible for Lyme, and remain ill despite standard treatment. When a holistic approach is taken, supporting the entire body, people are more likely to overcome the infection and reestablish health.

When exposed to an infection, our immune system initiates a response to begin eliminating the pathogen from our bodies. This is our primary form of defense. There are times however when the body’s immune system isn’t adequate enough to clear an infection on its own. It is in these situations antibiotics are helpful.

Lyme disease is unique in the sense that the bacterium causing the infection is able to protect itself from our immune system as well as from antibiotics. This is one reason why the infection is difficult to fully eradicate. There are a few ways in which the bacteria are able to do this. The first way is due to the design of the bacterium. The bacteria are shaped like a corkscrew, which allows them to spiral their way out of the bloodstream and into the tissue space. In doing so, it is more difficult for both the immune system and antibiotic medications to clear the infection.

The second manner in which Lyme bacteria evade the immune system and antibiotics is by changing their shape. Our immune system is able to rid pathogens by recognizing their external shape and then creating antibodies to them. However, this particular bacterium is able to morph into three different forms, known as the cyst form, l-form, and spirochete form. This trait allows the bacteria to actively disguise themselves for their own protection, allowing them to avoid our natural defense system as well as medications.

When bacteria float freely through the blood stream it is relatively easy for the immune system or antibiotics to kill them. However, bacteria can also form biofilms, which is another protective mechanism for survival. Biofilms are thick aggregations of individual bacteria that are then covered by a slime-like matrix. This film makes the bacteria more resistant and thus harder to treat. When antibiotics come in contact with this defense mechanism, the antibiotics skim over the surface of the film killing only the top layers. In this situation people can start to feel better, however when antibiotics are discontinued the infection starts to manifest itself again and symptoms return.

Natural agents such as herbal medicines and enzymes are effective ways to break up films. These natural agents should be used in conjunction with either antibiotics or natural antimicrobial therapies to create a more functional regimen and increase the effectiveness of the therapy.

Many symptoms caused by Lyme are driven by inflammation. These symptoms include headaches, joint pain, fatigue and even cognitive decline. The necessary use of antimicrobial agents causes inflammatory levels to spike up due to the bacteria dying off. When this happens people commonly experience an increase in symptoms. This is known as the herxheimer reaction, or die-off reaction. In a way when a person experiences this it is a good sign because it shows the treatment is working. However, when people already feel ill it is obviously not ideal for symptoms to worsen. In fact, this can be a cause for people being unable to complete a full treatment protocol.

There are ways in which the herxheimer symptoms can be minimized. Since it is due to the release of inflammatory chemicals, controlling these levels is an effective way to buffer such reactions. This is often done through the use of binders. Binders are agents taken orally that soak up inflammatory chemicals and promote their excretion from the body. This helps bring inflammation levels down so people have fewer declines from treatment.

Lyme disease is a complicated infection requiring a multidimensional approach for treatment. There are numerous ways to kill the bacteria such as antibiotics or natural antibacterial agents. However, in order to have the best chance of recovery, care needs to be taken to help the “killing agents” be as effective as possible. Comprehensive therapies that include targeting biofilms and the various forms of the bacteria greatly enhance successful treatment. Additionally, it is important to take the whole body into consideration rather than treating the infection as an isolated entity. This means a person’s overall health should be optimized, with a focus on good nutrition, sleep habits, stress reduction and symptomatic support. Incorporating natural and holistic treatments for Lyme disease greatly contributes to full recovery.

Dr. Tonya Pasternak has a family practice in Manchester, CT at Collaborative Natural Health Partners. All of the physicians at the clinic are in network providers for most insurance companies and are accepting new patients. For more information or questions, please call (860) 533-0179 or visit: ctnaturalhealth.com.