The Potential Use of Acupuncture in Long COVID Patients 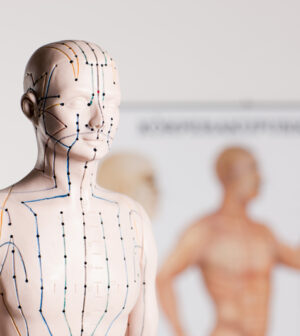 It may seem paradoxical, but very often the patients I feel most confident working with are those for whom conventional interventions have not helped. As you might imagine, a lot of folks who find their way into acupuncture offices have pretty much exhausted all other options. And very often, with acupuncture, breakthroughs are made where before these patients only found disappointment and frustration. Therefore, when the first cases of COVID-19 “long-haulers” were reported last summer, my interest was piqued. What struck me about these cases was how similar the symptoms appeared to other issues for which acupuncture is often so effective—in particular, chronic Lyme disease.

My first patient with chronic Lyme disease was actually a family friend who came to me within my first year of practice (presumably, knowing me personally helped her overcome the trepidation of working with a newbie practitioner). To be honest, at that point in my career—without the benefit of years of experience under my belt—I wasn’t sure if I could help her. This patient’s main symptoms were brain fog, fatigue, and painful swelling in her knee. Curiously, although her symptoms would wax and wane seemingly at random, she knew that every autumn she was sure to have a longer and more severe flare-up.

I was admittedly quite surprised when she came in for her third or fourth treatment (during one of her autumn flare-ups) and reported that her symptoms had gone completely into remission. Objectively, what was at the previous appointment a swollen, red left knee was now a look-alike to her “normal” right knee. At the time, I had not yet come to realize the immense ability of acupuncture to spark the body’s own anti-inflammatory mechanisms.

The Birth of a Theory
Since that experience, I have increasingly felt that most of the difficult cases of illness and disease are due to some inexplicable, often unmeasurable inflammation in the body. When I started hearing about the COVID-19 long-haulers, with symptoms so often mirroring other “hopeless” cases that we’ve helped with acupuncture, I became impatient to start working with them. Over the winter, I put out word that I was looking to work with a handful of long-haulers on a pro bono basis. I wanted to do my own experiment, somewhat selfishly, just to see if my idea that acupuncture could be a useful treatment option for this brand-new condition was accurate. Pretty immediately, my “cohort” was filled.

Based on my experience with similarly strange presentations of inflammatory conditions, I determined that if acupuncture was going to help, we would know within about eight treatments. Since the effects of acupuncture are cumulative, it’s usually best to get treatments in closer together at the beginning, so with each new patient we scheduled them twice a week for the first two weeks.

What struck me most in first working with these folks was the range of (often bizarre) symptoms each one experienced, and how different each case was—not only in terms of how they were experiencing the chronic after-effects of COVID-19 infection, but how they had experienced the infection itself. I was prepared to deal with the symptoms of “long COVID” that I had heard about in news reports—headaches, body aches, fatigue, and so on. What I was not prepared for was how uniquely personal each case would be, with symptoms ranging from insomnia to recurrent breast infections to spontaneous outbursts of sobbing in otherwise happy and well-adjusted people.

The Start of the Study
I will admit that my “experiment” did not start off promisingly. Had I bit off more than acupuncture could chew? After a few treatments, none of my patients were experiencing any significant improvement in symptoms. While of course it can take a series of treatments before improvements can be realized, I’m personally a bit impatient and expect results after one or two treatments in many cases. Since none of my long-haulers were noting improvements, some doubt started creeping into my mind. Serendipitously, during her fourth treatment one of the long COVID patients—I’ll call her Kelly—remarked to me how she just read an article based on the premise that the sympathetic nervous system (what controls the “fight or flight” response) may be involved with people who have chronic symptoms post-COVID.

This premise made sense to me, considering that one common thread I kept hearing from my long-hauler patients was a strange sense of anxiety. This was described to me not as an “oh my god, I had COVID-19” anxiety, but as a strange sense of unease, mainly experienced physically in the chest, and previously not experienced by any of the patients. In some patients, this anxiety persisted throughout the night, causing insomnia and sleep disturbances—again, in people who had no issues with sleep previously. With this information in mind, I targeted Kelly’s treatment that day toward helping regulate the autonomic nervous system, with a specific treatment aimed at decreasing the sympathetic nervous system activity while stimulating parasympathetic nervous system activity.

The day after this treatment, Kelly had probably the worst episode of post-COVID symptoms she had ever had, with a severe migraine keeping her bedridden for the entire day. When she started recounting this to me at her next appointment, my heart sank a bit; however, when she went on to say that when the migraine resolved, she felt better and more herself than she had since her active COVID-19 infection, my hope that we had actually made a breakthrough elevated.

Very often, patients with any issue will have symptoms worsen before they get better. That is exactly what I was hoping was the case with Kelly, but of course it was too early to tell. Sure enough, however, as she returned for her appointments over the next six weeks or so, the “COVID-19 migraines” remained at bay. By the end of our series of treatments, Kelly reported feeling the same, if not better, than she had before she contracted the virus.

Acupuncture as Long COVID Treatment
Kelly was not alone in her positive experience with acupuncture. After I started using this nervous-system-regulating technique in other long-haul patients, similar breakthroughs occurred—thankfully, with no one else having to suffer a major flare-up before experiencing relief. I was expecting acupuncture’s anti-inflammatory properties to be the main mechanism of relief; I was not expecting acupuncture’s autonomic nervous system regulating effects to be what really delivered.

I should emphasize here that this article is in no way intended to claim evidence that acupuncture is an effective treatment method for long COVID. This was admittedly a very unscientific study, and I did not employ any sort of controlled methodology. Please take this article for what it is—the anecdotes of one starry-eyed acupuncturist who was convinced that acupuncture could be an effective treatment option for long-haulers and emerged from that experience even more convinced.

All of my patients in this “study” were also enrolled as patients in the long-hauler clinics within the conventional medical world. I was struck with how many different specialists they were shuffled off to, between the cardiologist, the pulmonologist, the rheumatologist, the neurologist, and on and on. While all of these specialists are of course essential to work with, I strongly believe that acupuncturists should be added to that list when it comes to long COVID.

Matt Maneggia, LAc. is a licensed acupuncturist and the founder of Connecticut Family Acupuncture, with offices in Glastonbury and Coventry. As a board member of the CT Society of Acupuncturists, Matt advocates for increased access to acupuncture through insurance coverage and the integration of acupuncture into the mainstream healthcare system. He can be contacted through his website at: CTfamilyacupuncture.com or via the main office at 860.633.6022.