The Critical Functions of the Gut Microbiome 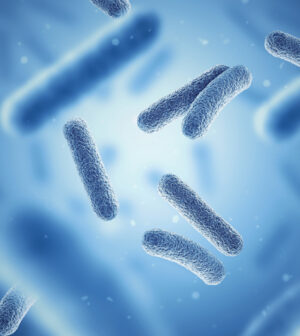 What is a microbiome? And why is this daunting biological term important to understanding our health? A microbiome is a colony or ecosystem of diverse bacteria where the bacteria perform specific functions in a symbiotic environment. Theses colonies of microorganisms contain a diverse population of bacteria, fungi, protozoa, and viruses. The human body has several of these systems of bacteria on the skin, in the mouth, the mammary glands, the vagina, and the gut. Each is biodiverse and carries out critical functions related to its niche in human health and function.

The Gut microbiome is the most dense of all of the human microbiomes. There are trillions of bacteria in our gut, outnumbering our own human cells by a factor of 10 and collectively these microorganisms weigh up to 2 kilograms. Within our gut, there are at least three separate microbiomes increasing in numbers and species from the stomach to the large intestine. Additionally, different bacteria can be found in the intestinal wall than what is found in the lumen, or inside, of the intestine and then excreted in the stool.

The composition of the microbiome begins at birth when the baby passes through the vaginal canal during delivery. The gastrointestinal tract of a baby at the time of birth is virtually sterile. As the baby passes through the birth canal, the mother passes critical bacteria to the baby that will begin to colonize both on the skin and internally. Research has shown that there is a direct correlation between the microbes we inherit from our mothers and our adult microbes. We acquire microbes from our mother through skin to skin contact, through nursing and breast milk. A recent study showed that babies born via Cesarean section have decreased diversity of microbes similar to that seen with the effects of antibiotics. This difference is still seen at 6 months and gradual maturation was stagnant compared to that of vaginally delivered infants.

As the baby develops there are other internal and external environmental factors that influence the evolution of the gut microbiota. Food, transition from breast milk to formulas, food introductions, environmental temperature and pH influences, drug therapies and antibiotic exposures, and environmental toxins influence the maturation and diversification of the gut microbiome. Research is only scratching the surface of the different roles the gut microbiome has in the function of the body. Gut microbes have a greater capacity to code for genes than human beings and therefore carry out functions that the human body cannot carry out on its own. We are literally dependent upon these microbes to live.

Food Digestion
Gut microbes are responsible for making certain vitamins, synthesizing amino acids, both essential and non-essential, and are part of the physiological process of making bile, necessary to digest fats. Other necessary functions involve the digestion and transformation of carbohydrates, sugars and alcohols. The metabolism of carbohydrates by microbes provides one of the main energy sources for the gut itself.

Bowel Function
Irritable Bowel Disease and other autoimmune bowel diseases like Crohn’s Disease and Ulcerative colitis have been linked to large abnormalities in the diversity of the gut microbes. Nearly 10-20% of adults and adolescents are affected by Irritable Bowel Disease. Autoimmune disease has been linked to environmental exposure to things such as smoking, pesticides and mercury found in vaccines until recently. The exact mechanism of dysbiosis with autoimmune disease is not yet known, however, all of these environmental substances are known to damage the gut microbiome.

Immune Function
By producing more good bacteria, the gut microbiomes prevent colonization of harmful bacteria. A bit like an intestinal turf war, the more good bacteria we have, the less room there is for the bad bacteria to move in and get comfortable. Given that our gut is the only internal system of our body that comes in direct contact with the outside world, it would stand to reason that the gut has to be a major part of our immune function and first line defense.

Dysregulation of gut bacteria has been linked to chronic illness, allergies and autoimmune disease. A 2014 article in Integrative Medicine states that the intestinal microbes stimulate and train the proportionate responses of the immune system, therefore any alterations to the development of the microbiome early in life can lead to an inadequately trained and overactive immune system. Researchers at the Henry Ford Hospital found that babies born via Cesarean section were more likely to have asthma and food allergies, both indicative of a dysregulated immune system.

Obesity and Diabetes
The composition of microbes in obese individuals has been shown to be altered when compared to individuals of normal weight. Additionally, the population of microbes varies and changes with changes in weight. When studied, individuals with Type 2 Diabetes showed a decline in specific species of microbes. Current research is also looking at the response of microbes to exercise and may play a role in sports nutrition and peak performance.

The Gut and the Brain
At least 80% of the serotonin, our “happy” chemical, is produced in our gut from enterochromaffin cells. A 2019 study in Scientific Reports found a particular strain of Clostridium bacteria regulates the activity of these cells and serotonin production. Additionally, there is a direct link to the brain via the vagus nerve allowing the brain to influence gut function and immune regulation among other things.

Restoring a Healthy Gut Microbiome
Given that the majority of us have been exposed to things over time that affect the diversity and quantity of this small ecosystem in our gut, most can benefit from efforts to improve their gut health.

1. Probiotics: Supplementing our diet with a healthy dose of microorganisms can have a dramatic effect on our health. Some form of fermented food has been included in traditional cultural diets around the world for centuries. In our current society, probiotics are commonly self prescribed by people who are health conscious or have done some research on their gut health. Giving probiotics to individuals has been included in the standard of care for most naturopathic doctors for decades. A probiotic is a collection of microorganisms that are consumed or applied to the skin. They are found in fermented foods like yogurt and sauerkraut, kombucha or the increasingly popular Kimchi and Kefir. Probiotics can be taken in the form of capsules and powders and can be found in some topical beauty products.

Is eating a yogurt a day enough as some yogurt commercials might have you believe? No, absolutely not! Furthermore, it is important not to simply gauge your gut health by your bowel habits alone. Many health concerns can be associated with the microbes in your gut even with regular bowel movements and in the absence of any gastrointestinal symptoms.

When choosing a probiotic, you need to look at both the diversity of the strains it contains as well as the quantity of each. Given that there are over 1000 species of bacteria in the gastrointestinal tract, we need as much diversity as we can find in a probiotic. The majority of supplements in the US contain one or both of the strains Lactobacillus and Bifidobacterium. A commonly advertised commercial brand of probiotic frequently recommended by conventional gastroenterologists has only ONE strain of bifidobacerium. A probiotic needs to have as many strains of diverse microorganisms as possible in order to support a healthy gut. There are probiotics available with 10 or more different strains of bacteria. Additionally, some bacteria are specifically associated with particular medical conditions. For example, the bacteria Saccharomyces is known to be deficient in the hospital infection commonly known as C-Diff, an overgrowth of the pathogenic bacteria Clostridium Difficile. Taking this unique species is condition specific. Working with a naturopathic doctor can help you navigate what probiotics you may need and finding the best products for you.

When choosing a probiotic, you need to look at the number of the bacteria as well. Further analysis of the same common commercial brand previously mentioned shows that the product contains 5 billion bacteria. A good quality probiotic will have at least 10 billion bacteria and some are available with counts over 100.

It is a commonly held belief that probiotics need to be refrigerated. In truth, probiotics are more sensitive to light and moisture than temperature. A good quality probiotic will be in a glass jar to keep out moisture and the color is typically either brown or blue glass to keep out the light. Refrigeration will maintain some freshness. However, if you like to use a weekly pill organizer, keeping 7 days worth of your probiotic tucked away in a dark drawer will generally have little effect on the potency. Any extremes in the way probiotics are stored will of course affect potency.

2. Prebiotics: A prebiotic is a non-living specific form of dietary fiber that essentially provides food for our healthy bacteria to grow. Prebiotic fiber is found in most fruits, vegetables and legumes. Foods with higher quantities of prebiotic fiber include onions, garlic, chicory root, oatmeal, wheat, asparagus, dandelion greens, barley and apples with the skin remaining on. The minimum amount of dietary fiber recommended is at least 30-35 mg, ideally in the range of 45 mg. At least 20 mg of that fiber should be prebiotic fiber. A diet high in organic fresh vegetables, fruits and whole grains will improve and maintain a healthy gut by providing a happy environment and diet for our own microorganisms.

3. Fecal Transplant: Yes, you heard that correctly! A fecal transplant is a more recent medical procedure that involves removing the stool from a healthy donor and placing into the gastrointestinal tract of another in order to treat disease. Theoretically it replaces good bacteria that have been killed off by antibiotic use, allowing for the repopulation of bacteria that have been lost. The fecal transplant is being used and studied in many countries to treat everything from arthritis to Parkinson’s Disease. Since we know many health conditions can be linked to gut health, there may be potential with this treatment to help a broad spectrum of illness. Fecal Transplants are not yet available in most countries but advancement in this treatment will be interesting to watch.

Research has barely scratched the surface of the potential impact of these small intelligent communicating organisms in our gut on our health. Scientific and clinical evidence does tell us conclusively that a healthy gut microbiome is imperative for optimal health. The majority of people can benefit from taking a good quality probiotic. Understanding the nuances of what kind, how much, and dosing is always a great reason to consult with a naturopathic doctor.

Dr. Katy Firisin is an expert in gut health and healing as it relates to all disease. She is a naturopathic doctor and medical director at Coastal Natural Medicine in Southport. Call 475-999-2032 to set up a complementary 15 minute consult or book your appointment today. Some insurances accepted.