N.E.D. (No Evidence of Disease) Plays at Ridgefield Playhouse on September 20th 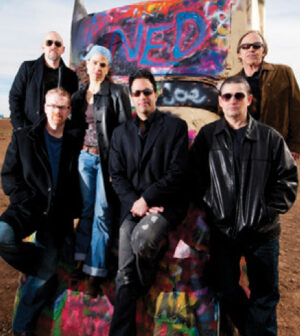 I had the pleasure of sitting down with Dr. Nimesh Nagarsheth, Gynecologic Oncologist and drummer and percussionist of N.E.D., to learn more about this amazing collaboration of doctors turned musicians who are changing the lives of cancer patients and survivors through music therapy. Yes – these talented doctors started a band! I asked Dr. Nagarsheth how they came up with the name. He said, “N.E.D. is what we write on patient charts when they are free of cancer. When thinking about names for the band, this was the band’s favorite – having both a positive message and a powerful sound to it.”

The concept started at a 2008 annual meeting for women’s cancer in Tampa. Groups of Gynecologic Oncologists specializing in the field of women’s cancer would meet annually to exchange ideas about how to improve the care of patients and learn about new, cutting edge research studies. That particular year, one of the meeting organizers suggested having some down time where attendees could relax and socialize. One of the ideas was to rent musical equipment one night and anyone who wanted to play could get up and jam. “Six of us got the idea to get together the night before and rehearse cover songs. We literally brought down the house and it was a ton of fun,” said Dr. Nagarsheth.“ We thought that would be it, but two days later we got invites to play all around the country at survivor groups, festivals, and charity events. One thing led to another and one invitation came from political leaders from a Washington DC to play at the Gynecologic Cancer Awareness Movement,” he said. 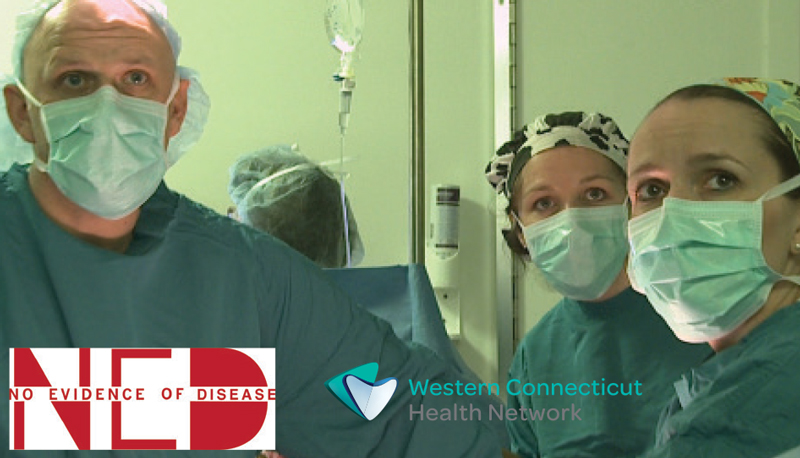 Dr. Nagarsheth and his fellow doctor musicians started using music and the band as an opportunity to help a cause. They decided they didn’t want to just play cover songs so they began to write their own music. They put together six songs and took them to a record label in NYC. Not surprisingly, they got a record deal! Shortly thereafter, the band exploded and had producer Mario McNulty through Moteima Music. They launched their first album in 2009 and two more in 2011 and 2016 and they’ve recorded with Tom Morello from Rage Against the Machine.

Today, N.E.D. has an official partnership with the Foundation for Women’s Cancer, a 501c3 charity with all proceeds going to charity. They’ve helped raise over $1.5 million for cancer research and prevention. Over the last 11 years, they’ve played all over the country – over 80 shows with 40,000 attendees. They even had a documentary filmed about them, www.nedthemovie.com.

Dr. Nagarsheth has written a book on exploring the healing powers of music for cancer patients. Although he resides in Manhattan, he has a strong connection to Connecticut as he grew up in Danbury and still has a lot of family there. All of the band members have a passion for using music to help get the word out about awareness and risk factors for gynecologic cancer in a way that is fun and inspiring. They see it as a voice for patients and survivors.

September is gynecologic cancer awareness month and the band will be performing “Below the Belt: A Benefit for Western Connecticut Health Network with N.E.D.” on Friday, September 20th, 8pm at The Ridgefield Playhouse in Ridgefield. Tickets are available at https://ridgefieldplayhouse.org. They are also touring in DC, Philly, and playing in New York City on September 21st. N.E.D. is also looking for sponsorships, product donations and opportunities to play at local clubs, festivals and venues. For more information, visit: www.nedtheband.com, www.ridgefieldplayhouse.org.