Become a Fire-Starter at the Office 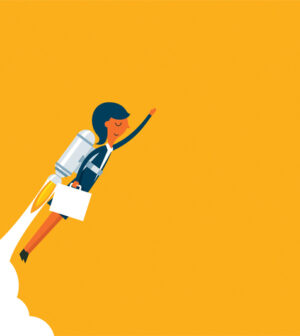 Are you ready to start a fire at work? I don’t mean becoming an arsonist. I mean becoming someone who accelerates whatever they focus their attention on with determination and persistence. Fires are dynamic, ever-changing, fluid mysteries that challenge limits with their presence and power. There is a life force in a fire. Fires move with cause and can’t be avoided and neither can fire-starters.

What is a Fire-Starter?
Fire-starters are individuals who are flexible in their thinking and fearlessly share their thoughts with others. They thrive on jumping into discussion without waiting for someone to give them a cue. Fire-starters promote the importance of sharing ideas, and empower others to open up and speak up. They’re people you respect and see value in. They acknowledge your ideas, and you feel comfortable around them. Every day, fire-starters harness the energy of ideas and people. They lead with passion, purpose, and potential.

No is a very small word, only two letters. Don’t ever allow yourself to be defined by two little letters. No is a word for now, not forever.

Still waiting to start your fire? How often have you wanted to share something in a meeting, but instead kept quiet and waited for someone else to begin the discussion? Aren’t we all just waiting to start the fire? We really want to be first to speak, but subordinate our ideas and contributions to those of others, finding ourselves stuck in the middle of the pack with nothing to say. But what might happen if you started a fire?

How I Got the Courage to Become a Fire-Starter
When I was growing up, I quit college — three times, actually, before I finally graduated. My father was pretty worried to say the least. He wanted me to be able to take care of myself and hoped I would join him in his insurance business. My father was not someone who took no for an answer, so he kept at me until he finally convinced me. I took the insurance exam and went to work with him. The easy part was the exam; the tough part was working with my father.

One night, we visited one of his clients. Although he had planned out what I would say, when the time came, I just couldn’t do it and he had to cover for me. Once the ordeal was over, he asked what happened. I told him that the people we’d just met with did not want to hear from me, and I was sure they wouldn’t want to buy from me. Frustrated, my father simply asked, “What is the worst that could happen?” I responded immediately, “They could say no!”

He was stunned! “You’ve never heard no before? I have said it to you many times!” Then he added something that changed my life: “No is a very small word, only two letters. Don’t ever allow yourself to be defined by two little letters. No is a word for now, not forever. No doesn’t matter. The people who loved you in the morning will love you at the end of the day, even if someone tells you no.” In that short speech, my father gave me the courage to become a fire-starter: someone who takes risks, respects the contributions of others, but most importantly respects their own.

Fire-starters are the individuals being promoted at work. They take risks based on their instincts and beliefs. If their ideas get shot down, they find another way, no matter what. Their fires are inextinguishable; no matter how hard the world tries to defeat them, they keep going. Being a fire-starter isn’t the slightest bit easy, but it is certainly worthwhile. As you begin to weave your trajectory with words, actions, and dynamic participation, you will grow and accelerate. Your fire will stand tall.

What would you do if you weren’t afraid of hearing the word no? What can you do today that might promote the next steps in your career? Better yet, what can you do to make a difference in a project, in a conversation, in a life? Fire-starters think about these questions every day.

Sandi Coyne-Gilbert is an accomplished leader with experience in both the education and nonprofit sectors. Coyne-Gilbert specializes in working with adult learners and is enthusiastic about instilling a passion for lifelong learning in her students. Her work with at-risk and marginalized groups provided her with unique insights into the power of education for people in transition. Coyne-Gilbert brings her experiences to the classroom as program director for the master’s degree in Organizational Leadership at Goodwin College. Are you ready to make a lasting impact? Call us today: 800.889.3282 or learn more at: www.goodwin.edu/leadership. Start on the path to a brighter, more fulfilling future this spring. Classes start on January 13.