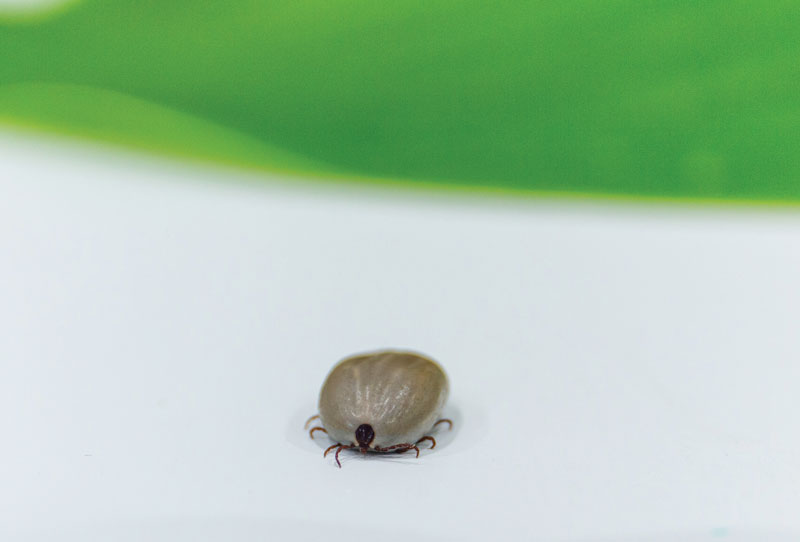 The Five Crucial Components for Successful & Lasting Weight Release
A Romantic Getaway at the Inn on First in Napa
Mindful Money Management: 3 Strategies for Financial Success

It is common for many individuals to see over 5 doctors before being diagnosed with a Lyme infection and is why it is known as the “great imitator.” When diagnosed and treated early, Lyme is easy to fix, however, if not treated, it can lead to a multitude of symptoms including joint and body pain, fatigue, headaches, cognitive issues, neurological and sleep disturbances. Unfortunately, these are common symptoms I see in my practice daily and clinical judgement is needed to decide on timely treatment.

Diagnosis
Lyme disease diagnosis continues to grow annually. There are about 3,000 cases of Lyme disease in CT annually. The CDC has estimated that about 10 times more people are diagnosed with Lyme disease than reported making that estimate closer to 30,000 diagnosed each year in CT. Though first found in Connecticut, Lyme disease has affected individuals throughout the country and abroad. Both children and adults are affected with the greatest frequency in ages 5-14 and 45-64 years of age. The summer months from June through August, are peak times, however, cases are reported in each month of the year. Lyme disease is transmitted by members of Borrelia burgdorferi sensu lato complex; black-legged ticks often transmit other tick-borne infections such as Babesia, Bartonella, Ehrlichia, and Anaplasma. Ticks usually find themselves in warm, moist areas of the body like armpits, hair or groin area making it difficult to detect; they can be as small as a poppy seed.

Diagnosis of Lyme is tricky; it is both a clinical decision based on symptoms and relevant bloodwork. The current blood test only detects antibodies. It is an effective assessment for later stages of Lyme disease, but doesn’t always pick up on early infections since antibodies will not show positive until after 4-6 weeks of infection. Some of the classic signs are a circular rash (or bull’s eye), flu-like symptoms, or arthritis with severe joint pain and swelling, particularly knees.

Here are some common herbs that have been researched to be effective for Lyme disease:

Artemesinin: Artemesia annua, also known as wormwood, has been demonstrated to be anti-parasitic and anti-malarial. It has been shown effective in combination with drug therapy and effective for co-infections, most specifically Babesia. It has shown to be powerfully effective against parasite species and has strong anti-viral properties.

Andrographis: Andrographis has shown to be effective against a wide range of parasitical organisms. Its function includes anti-spirochetal effect, modulates autoimmunity, protects the body from damage from spirochetes, ameliorates some of the symptoms of Lyme and is anti-inflammatory in nature. Andorgraphis has been shown to cross the blood brain barrier treating bacterial infections (including Lyme). Typical dosages for herbs are 300-400mg 1-3x per day; side effects may include symptoms like dizziness and should be monitored by doctor’s recommendations.

Curcumin: Curcumin helps to support some of the protocols used for Lyme. It helps to increase diversity of the gut microbiome, improve intestinal barrier function, support immune system, and decrease overall inflammation. It is effective in reducing pain, often associated with Lyme, and decreases some of the herxheimer die-off reaction.

Essential Oils: Oregano, Garlic, Myrrh: Lyme produces biofilm which makes it difficult for treatment to work as effectively. It is important to look at support of reducing biofilms in the system. Oregano for example has been shown to dramatically reduce biofilm microcolonies. It has shown to increase good bacteria in the gut like Bifidobacteria and Lactobacillus.

There are also various Lyme protocols that a practitioner may use for alternative treatment. At our office, I often provide a combination of support including diet, herbals and immune system support. Some of our commonly used herbal protocols for Lyme and other tick-borne infections include Modified Cowden, Zhang’s protocol, Beyond Balance, Buhner’s protocol, and low dose immunotherapy. Low dose immunotherapy is a common modality we use in our office which helps to reprogram immune tolerance and decrease immune-mediated inflammatory disorders.

In addition to herbal medicine treatment, it is also important to look at supporting overall immune function, especially if Lyme disease symptoms have persisted. Proper support of gastrointestinal functioning is critical, especially if a patient is on antibiotics or has extensive previous history of antibiotics, to restore proper gut bacteria; it is generally recommended to be on a high dose of probiotics to support chronic use of antibiotics. The immune system is equally critical to support as it may become out of balance as a result of the infection and the system may lack the ability to recover fully. I would look at the following for immune support:

Mushrooms: These have shown to improve overall immune function, reduce inflammation and stress and boost antioxidants in the system. It helps to reduce the overall autoimmune reaction.

Cat’s claw: Extracts of cat’s claw have shown to have immunomodulating properties, in addition to being cytoprotective, and antioxidant in nature. It has been shown to disrupt biofilm and reduce spirochetes.

Omega 3’s: Omega 3’s are found in wild-caught fish like salmon, and are good fatty acids that are anti-inflammatory and support both cognitive and neurological functioning.

Support on the cellular level is also of importance in Lyme and includes supplements such as CoQ10 and B Complex with a Lyme protocol. B vitamins help to support the adrenal gland functioning which should be evaluated as part of your care. Chronic stress will weaken the immune system and prevent the body to heal quickly.

In clinical practice, I have found diet is a key component in managing symptoms related to Lyme disease. We generally recommend consumption of anti-inflammatory foods, largely plant based. The Alkaline diet has been helpful in reducing some of the symptoms experienced in Lyme disease.

It is important to reduce any other environmental triggers that may aggravate Lyme. Research has shown that environmental triggers play a role in autoimmune diseases and decrease functioning of the immune system. Mold exposure has often aggravated some of the Lyme symptoms my patients have experienced, and our practice looks to support decreasing of those exposures and support through supplementation.

In addition to reducing environmental exposures, prevention should be the first initial step. Here are some good prevention tips to consider, particularly in the spring and summer months:

Diet, lifestyle, and herbal supplementation have shown to be an effective means to support Lyme disease and other tick-borne infections. It is important to work with a provider who has expertise in Lyme and other tick-borne infections (e.g. member of ILADS) to provide a comprehensive, individualistic approach (specifically detailed) plan and manage symptoms throughout the continuum of care.

Dr. Jaquel Patterson is a naturopathic physician and Medical Director of Fairfield Family Health. She has over 11 years of experience with a focus on Lyme disease, autoimmune conditions, allergies, women’s health, anxiety and depression and childhood developmental disorders. She is active member of ILADS, AAEM, MAPS and CNPA. She also serves as the President for the American Association of Naturopathic Physicians. If you are interested in a 10 minute complimentary consult, please call us at: (203) 254-9957 or email: info@fairfieldfamilyhealth.com.