I’ve Been Diagnosed with Breast Cancer, Now What? 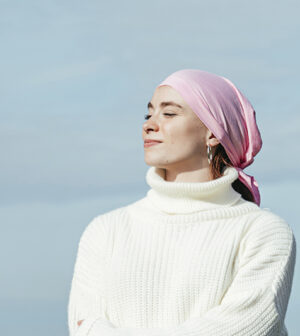 You have breast cancer,” were words I never thought I would hear. That was almost fourteen years ago. I was a healthy, conscious, decades long pescatarian who was a wholistic practitioner with a long-standing Rolfing® practice. There was no history of breast cancer in my family so it just wasn’t on my radar.

Was I going to die? Would I have to endure disfiguring surgery? Would I need to go through chemotherapy? Radiation? Who would be with me? My four-year relationship had just broken up two months before. He moved out, I was alone.

It started with my yearly mammogram, then a revisit for more pictures and finally an ultrasound that declared there was an issue. I thought about three women I knew who previously had been diagnosed with breast cancer. The three were not acquainted but in their searching for answers they were similar. They chose the “alternative” route of treatment, nothing on the traditional allopathic path; no surgery, no chemo, no radiation. Each took many supplements, had many treatments from various wholistic practitioners, they practiced meditation, did dietary cleanses and one worked with a Shaman. After prolonged valient battles, each of those women died.

I called a breast surgeon I had met a few years before when I accompanied my mom on a “breast scare” appointment. This woman doctor was kind and personable, chatty but professional, answered all of our questions, and gave us a lot of information. She then told my mom to go home and forget about it. What grace, what compassion, what a stand this doctor took for my frightened mother as she squelched my mom’s fears and sent her home with a resounding clean bill of health. I knew she was the doctor for me. All things happen for a reason.

I was a shell of myself, feeling loss, sadness and grief from a broken heart and now had to deal with cancer and my own mortality. The rest was a fast blur; the MRI and other tests, the surgery date, the prep, dealing with my own fears. This amazing, devoted surgeon assured me that all would be fine. I decided to trust the process and trust her with my life and my future. I was clear I wanted to live, thrive and continue on my journey in this life. I wasn’t finished.

Along with having to choose traditional treatments or rely on more natural, alternative treatments which I whole-heartedly believed in thus far in my life, I had to face many obstacles and medical complications. My surgeon was prepared after the initial lumpectomy to implant a small device for a five-day radiation cycle. This new treatment could not be done because to all of our surprise, the cancer had gone into my lymph nodes requiring me to undergo chemotherapy. There were no short cuts now.

Enduring losing my hair, being weakened from the cumulative effects of eight rounds of chemo, having an infection around my heart that required a few days in the hospital, and then having thirty-three rounds of radiation set me up to question my wholistic beliefs and accept the traditional medical model. I no longer was familiar with myself, my own psyche and my belief systems. I had to trust my doctors and let them take the lead.

My oncologist treated me with respect for what I knew, how I participated in my treatments and for how I saw the world. He advised me after the chemo to have a year-long treatment with a new drug that had no side effects and would be infused every three weeks for that next full year. Only thing was, after the last of eight chemo treatments, after the thirty-three radiation sessions, I felt worse and worse instead of better and better. Six months into this year of infusions I was weaker and more uncomfortable. I looked up that drug on the internet and found, about two hundred articles into my search, a list of possible side effects. I had them all.

I made it through that year of infusions, then said no to any more drugs. My doctor wanted me on another drug for 5 years to assure my estrogen levels would stay low. I refused, saying I needed to get my body back. Perhaps we could talk about it in months to come. My naturopathic doctor told me she could put me on supplements that would do the same thing, but with no ill effects. I negotiated with my oncologist, a year to try the new supplement regime and then a retest to check my hormone levels. We shook hands on it.

A year later I was symptom-free, felt my body again, tests revealed great levels and that’s where I am today…almost fourteen years later. My convictions of doing medical model treatment and less conventional treatments have me healthier than ever, with more to do in life than I have hours in my day.

My journey, with many complications, racked up four breast surgeries. I endured four months of chemo, radiation for six weeks, a two year-long heart issue, I became pre-diabetic and I was completely disoriented from my body. My journey also led me to pay more attention to my inner wisdom, to create a team of professionals who would listen to me and include me in my treatment plan. I had a deeper appreciation for traditional medicine. Together we fought the good fight and paved the way for a stellar future filled with excellent health, humility, compassion and the best darn Pet Therapy Team at Hartford Hospital’s Gray Cancer Center. I chose to give back to the place that gave me back my life. For the past nine years, my dogs and I visit every other Wednesday, visiting with those in the same rooms, with all the tubes and all the inner chaos and questions. Our job is to bring a smile to their faces and give some assurance that there is life after cancer.

Sharon Sklar is in her 40th year of private practice as a Certified Advanced Rolfer. State licensed and the only Rolfer in Central CT, Sharon works with direct manipulation of the soft tissue of the body and movement re-education over a ten-session series to help her clients feel freer, get more balanced and reduce chronic pain. Great for athletes, children and adults recovering from stress, injuries and the traumas of life.

Call 860.561.4337 for more info or to schedule a consultation.
www.SharonSklarRolfing.com. 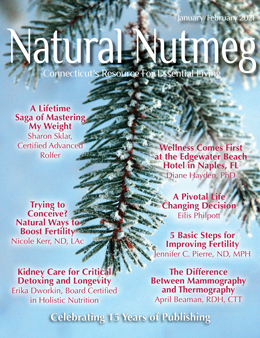