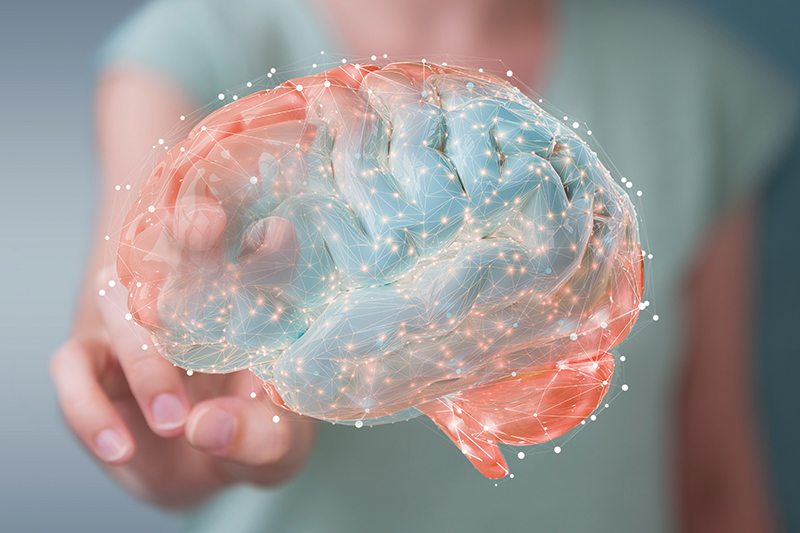 Managing Infertility is like Learning to Surf
Antlers at Vail: Winter or Summer Your Home Away From Home
20 Ways to Refresh Your Body This Spring

Many people are worried that they might be losing their memory, or losing the ability to form new memories. Of course, neurogenerative diseases, such as Alzheimer’s, are foremost on their minds. However, memory lapses can occur for various reasons and can be improved, regardless of a person’s age.

Sleep
Sleep is one of the first things that must be looked at if you feel your memory is worsening or if you want to improve your memory. Have you ever tried to get through a busy day when you have had very little sleep? Lack of sleep will impair your focus and diminish your ability to retain information. Now imagine if this continues for many months, or even years. Long-term memories get solidified, and a type of neuronal pruning occurs in the hippocampus (the area of the brain where long-term memories consolidate) while a person sleeps. Efficient sleep with the correct number of sleep cycles (cycling through Theta and Delta sleep) is essential for forming long-term memories. Imagine if the efficiency of one’s sleep is off every night of the week—this lack of efficient sleep will have a significant impact on one’s brain health.

Testing
CNS Vital Signs for Neurocognitive Testing
CNS Vital Signs measures overall cognitive performance and details various aspects of memory, psychomotor speed, attention, and social understanding. CNS Vital Signs is a world leader in designing and developing neurocognitive and behavioral software used by the U.S. military veterans’ hospitals. It is also utilized worldwide by universities and the pharmaceutical industry to assess neurocognitive function. In our office or at home, a CNS Vital Signs computerized test takes approximately 30–45 minutes (depending on the number of areas tested). It can determine a patient’s cognitive abilities with a high degree of accuracy. The testing results indicate in which areas a person is performing above average, average, low, or very low compared to the normative database.

After an injury, we can even utilize a patient’s past brain wave baseline as a comparison to see how far their brain has deviated from their pre-injured brain. Brain maps are also generated with this testing, enabling us to understand how the brain communicates and the best ways we can intervene with therapies such as hyperbaric oxygen, neurofeedback, transcranial electrical and magnetic stimulation, supplementation, and more.

Brain Waves
By assessing one’s brain waves via an EEG, we can help with the areas of the brain that might not be performing optimally. For instance, if the temporal lobes are deficient in the Theta frequency band (4–7 Hz), this may be a reason for memory impairment. Another reason one’s brain may feel like it is slowing down is that the overall speed and efficiency of the brain are slowing down.

We assess this with an EEG baseline and Evoked Response Potentials (ERP). An Evoked Response Potential test evaluates the brain while performing a task to understand how fast the brain responds and which areas of the brain activate during the task. The ERP test assesses cognitive decline and functional deficiencies associated with the aging brain and other neurologic disorders. For example, if GO appears on the computer screen, the patient must click on the screen with their mouse as quickly as possible to measure their reaction speed. An EEG is recorded during the test to see how the brain responds to stimuli. The average response should be at least 600 milliseconds or better.

Depending on the results, we may use techniques such as neurostimulation with transcranial electrical and magnetic stimulation, along with neurofeedback, to improve a patient’s brain performance and memory. Pulsed magnetic and transcranial electrical stimulation are noninvasive procedures that stimulate nerve cells and helps correct imbalances in the brain, guided by advanced EEG brain mapping and sLORETA. The above is a simplified explanation of a complex topic.

Traumatic Brain Injuries
If you have ever had a traumatic brain injury (TBI), such as a concussion, this may have affected not only your memory at the time of the injury but also long-lasting effects. This memory impairment is especially true with repeated brain injuries, such as a fall (even when you don’t hit your head) or a car accident involving whiplash, which some may not consider a brain injury. It is this repetitive injury to the neurons, causing chronic inflammatory changes within the brain, that can alter one’s brain performance.

Hyperbaric Oxygen Therapy
Many therapies and techniques already discussed can help one heal from these injuries. One of the more promising therapies is called hyperbaric oxygen therapy (HBOT). HBOT is a treatment that utilizes oxygen to enhance healing throughout the body. By definition, hyperbaric means: more (hyper); pressure (baric). Therefore, HBOT is a therapy that utilizes oxygen under pressure. While we normally breathe oxygen at a concentration of 21%, a patient in a hyperbaric oxygen chamber breaths 100% pure oxygen under pressure. This pressure allows oxygen to dissolve in the bloodstream and diffuse into tissues such as lymph and cerebrospinal fluids at concentrations not possible under normal atmospheric conditions. The body’s blood and tissue oxygen concentrations may increase up to 20 times the normal level. For this reason, some hospitals use hyperbaric oxygen therapy to aid in the healing of burn victims and people with slow-healing wounds and to reestablish oxygen to those who underwent severe carbon monoxide poisoning.

It was once thought that when a low oxygen state (ischemia) occurs in the brain, such as in a stroke, for more than a few minutes, the brain cells die, leaving irreversible damage and possibly even brain death. However, recent evidence has proved that not all the cells die—some live on in a low activity state, just idling. These idling neurons make up what is called the “recoverable brain.”

Using a sophisticated brain imaging technique called a SPECT scan, doctors have been able to show that after hyperbaric oxygen therapy, these areas of recoverable brain wake up and start functioning again. This therapy has been a miracle for many patients and loved ones afflicted with various neurological conditions ranging from stroke, multiple sclerosis, cerebral palsy, autism, traumatic brain injury, and even Lyme disease. Through hyperbaric oxygen therapy, oxygen concentrations increase above what the blood could normally deliver to the brain, and the “recoverable brain” cells are jump-started back to life!

With hyperbaric oxygen therapy, many people with brain injuries have significantly improved healing and their brain’s overall performance. When it comes to cognitive decline such as dementia, hyperbaric oxygen has proven to help with that as well. We have seen this clinically in our center for the past 20 years.

HBOT and Alzheimer’s
A new study, recently published in the peer-reviewed medical journal Aging, marks the first time non-pharmaceutical clinical exploration has proved effective in reversing the main activators of Alzheimer’s disease. Researchers Dr. Efrati, Dr. Ashery, and colleagues have shown that after 60 HBOT sessions, adults aged 65 and older with cognitive decline improved the blood flow to their brain by between 16–23%. These adults also had an average improvement in their memory of 16.5% and significant improvements in their attention and information processing speeds.

“After dedicating our HBOT research to exploring its impact on the areas of brain functionality and age-related cognitive decline, we have discovered for the first time HBOT induces degradation and clearance of pre-existing amyloid plaques (treatment), and the appearance of newly formed plaques (prevention),” said Ashery. “Elderly patients suffering from significant memory loss at baseline revealed an increase in brain blood flow and improvement in cognitive performance, demonstrating HBOT’s potency to reverse core elements responsible for the development of Alzheimer’s disease.”

“By treating vascular dysfunction, we are mapping out the path toward Alzheimer’s prevention,” added Efrati, research group leader and medical advisor to Aviv Clinics. “More research is underway to demonstrate how HBOT can improve cognitive function and become an influential tool in the imperative fight against the disease.”

Nutritional Intervention
The brain needs a lot of energy and proper nutrients to function optimally. Here are a few nutrients you can use as supplements to help with memory and overall brain function.

At Breiner Whole-Body Health Center, one of the tools we use to identify sleep hygiene and how efficiently one is sleeping is having the patients complete a comprehensive Online Sleep Assessment. The results are informative and can help us select treatments and recommendations to improve sleep efficiency and brain function.