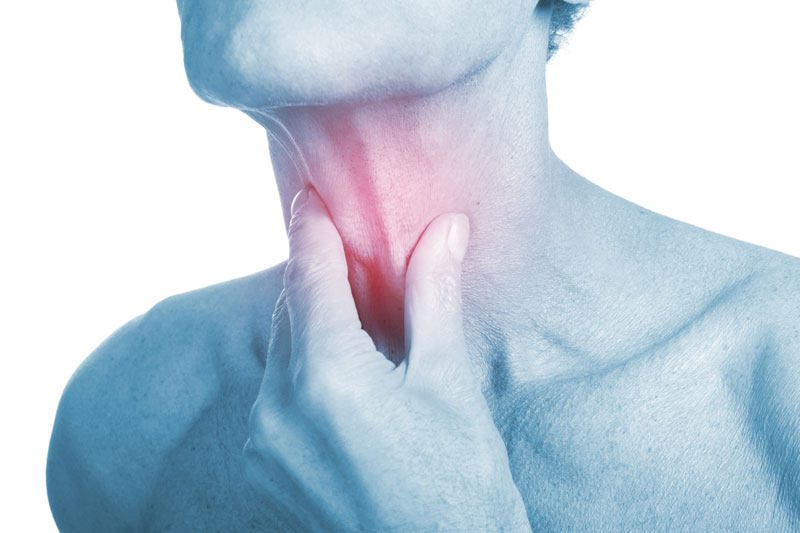 A Quintessential New England Ecofriendly Resort: The Nonantum Resort
8 Tips to Slow Down the Aging Process
The Power of Meditation and Mindfulness for Stressed Out Mom’s
“The purpose of treating hypothyroidism is to maintain normal metabolism by correcting a deficient output of thyroid hormone. Once replacement therapy begins, the thyroid will stop producing hormones all together, and replacement must be continued for life.

Many patients…have reported benefits from practicing a yoga pose called the Shoulder Stand . . . which increases circulation to the thyroid….Hold as long as comfortable, slowly working up to 5 minutes a day. Don’t do this pose if you are pregnant or menstruating…[or] if you have glaucoma, sinus problems or high blood pressure. The Shoulder Stand may be more effective if you…[visualize] the thyroid gland waking up from a long period of inactivity and producing more TH.”
~ DrWeil.com, Hypothyroidism

Did you know that five times more women than men suffer from thyroid diseases, and twenty percent (20%) of women over age 60 have subclinical hypothyroidism (SCH, without definite or readily observable symptoms)? Part 1 of this two-part article (July/August 2017 issue) discussed how the thyroid gland functions, the tests and symptoms that practitioners have available to diagnose hypothyroidism and SCH, and diet guidelines to support healthy thyroid function. Below is a discussion of the dietary supplements that can set you on the path to long-term thyroid wellness.

The Conventional Approach
Traditional endocrinologists most commonly treat hypothyroidism with synthetic thyroid hormone (TH) replacement therapy (T4 as levothyroxine, such as Synthroid® or Levoxyl®). They determine dosage based on TSH levels and symptoms, proceeding cautiously with cardiovascular patients (to give the heart time to adjust to an artificially increased metabolism). They may change dosage following a two-month evaluation. Side effects of excess administration of thyroid medication include insomnia, shakiness, palpitations, and appetite changes. According to Alan R. Gaby, MD (Gaby), while TH is “generally well tolerated, it has the potential to cause significant side effects and should, therefore, be used with caution and respect.”

Human and animal studies have demonstrated that T4 (thyroxine) replacement alone is not always the right solution. In 2010, one study compared the T3 and T4 levels of 56 hypothyroid patients treated with T4 alone with the levels found in 27 healthy control subjects. The researchers concluded that T4 supplementation alone resulted in a lower free T3-to-free T4 ratio in the hypothyroid subjects in comparison to the healthy subjects, and that future studies should seek improved clinical outcomes from treatments that would produce higher plasma concentrations of T3.

In another 2001 study, researchers examined whether T4 treatment (100 mcg) was effective in 25 patients who had hypothyroid symptoms but tested within the normal reference range on thyroid function tests. They concluded that T4 was no more effective than placebo in improving cognitive function and psychological wellbeing in patients.

Supportive Dietary Supplements
While traditional practitioners generally oppose the use of dietary supplements to treat hypothyroidism, the supplements discussed below nevertheless have proven to support thyroid function. Ideally, any hypothyroid patient wishing to incorporate dietary supplements into her daily regimen, especially if she is taking prescribed medication, should first discuss her options with a knowledgeable holistic practitioner.

1. Vitamin A: Since vitamin A (NOT beta carotene, which a hypothyroid cannot efficiently convert to vitamin A) is critical to proper thyroid function, deficiency is associated with thyroid dysfunction. In one 2012 study of obese premenopausal women, published in the Journal of the American College of Nutrition, the researchers concluded that, since vitamin A treatment significantly reduced TSH blood levels, vitamin A supplementation might reduce the risk of SCH.

3. Balanced B Complex Vitamins: The B vitamins that are most critical to thyroid function are: (1) Riboflavin/B2 (almonds, brewer’s yeast); (2) Niacin/B3; and (3) Pyrodoxine/B6 (bananas, brewer’s yeast) – deficiency prevents the thyroid’s efficient use of iodine. Also, hypothyroidism can prevent proper metabolism and use of ingested cobalamin/B12 (grass fed organic beef, organic eggs, haddock, sole) (best absorbed in the methyl and dibencozide supplement forms). B12 deficiency can cause pernicious anemia, mental illness, neurological disorders, and death. B vitamins should be taken in balance before higher doses of single Bs are added to a supplements regimen.

5. L-Tyrosine: The thyroid gland produces TH from iodine and this amino acid. Studies have shown that tyrosine can improve sleep, combat fatigue, enhance mood, and relieve anxiety, by playing a role in the production of melatonin, dopamine, and norepinephrine. However, patients taking any prescription thyroid medication, and those with high blood pressure, should not take tyrosine (or at least without guidance from a knowledgeable practitioner).

7. Selenium [Brazil nuts (6-8 or 1 oz = 544mcg), halibut, sardines): After iodine, selenium is the mineral most critical for proper thyroid function because it is a component of the enzymes that convert T4 to T3 and thus is necessary for the activation of TH. Ideally, selenium should be taken as organic selenomethionine, the form in human tissues. The upper tolerable limit is 600 mcg/day and experts generally recommend 50-200 mcg/day. Selenium is part of the enzyme glutathione peroxidase, which speeds the activity of the powerful antioxidant glutathione against damaging free radicals, particularly hydrogen peroxide (which it converts to water). This mineral thus also protects the thyroid gland from the oxidative damage caused when its cells generate hydrogen peroxide to make TH. Where selenium deficiency exists (common in celiac patients), high iodine levels often lead to the destruction of thyroid gland cells.

The bottom line? There is no single correct approach to treating hypothyroidism. Regular blood testing and symptom monitoring generally will produce the best result for each patient.

The statements in this article have not been evaluated by the Food and Drug Administration and are not intended to take the place of a physician’s advice.

All statements in this article are research-based and references are available upon request.