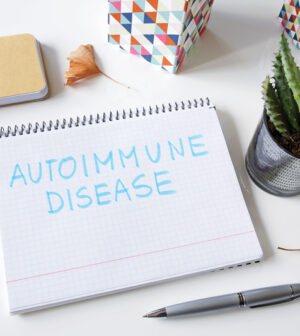 By definition, autoimmune diseases are those in which the immune system attacks organs, tissues, and cells causing injury to them. The CDC is unsure why the prevalence and incidence of autoimmune disease are on the rise. According to the American Diabetes Association, the incidence of Type 1 Diabetes rose 23% between 2001 and 2009. Type 1 Diabetes occurs when the immune system attacks and destroys the insulin producing cells in the pancreas. Celiac Disease is also on the rise with 1 in 133 people now affected. The rapid increase in autoimmune diseases suggests that environmental factors are involved, as genes do not change in such short periods of time.

Auto Immune Diseases Affect Women and Minorities More Often
Certain autoimmune diseases seem to be more prevalent in western countries. For instance, a 2017 study on worldwide incidence and prevalence of systemic lupus erythematosus found that the highest incidence and prevalence of SLE is in North America. Certain autoimmune diseases tend to be age specific, while others like Rheumatoid Arthritis, can affect any age group, although woman are 2-3 times more likely to be affected. Women have a higher risk in general, including those of African, Hispanic and Native American descent having a disproportionately higher risk.

Symptoms of Autoimmune Disease
The first symptoms are often fatigue, muscle aches, and a low fever with local inflammation, and as these are very general, it can be difficult for doctors to diagnose specific diseases. There are commonly flare ups and remissions, so by the time a patient gets in to see their doctor, their symptoms seem to have resolved. Certain tests for general inflammation and immune factors can help raise suspicion of autoimmune disease, but specific diagnosis can be a lengthy process.

New Research in Autoimmune Diseases
The NIH released an article in April 2018 stating that the Epstein-Barr virus protein can “switch on” risk genes for autoimmune diseases and may trigger some cases of lupus. The fact that Epstein-Barr is one of the viruses involved in mononucleosis and that most people are exposed in childhood raises the question of why some people are potentially affected by this virus as an autoimmune trigger, while others are not.

Naturopathic Medicine and Autoimmune Diseases
Naturopathic Medicine is traditionally concerned with treating the root causes of disease, and therefore has examined factors such as: the GI microbiota, food immune reactions, stealth infections and molecular mimicry/cross reactivity as possible causes in the individual patient. We have found that in some cases, reducing the intake of food allergens, improving the GI health and microbiota, and/or the treatment of stealth infections can help resolve symptoms in some patients.

At the Center for Natural Medicine, we have 30 years of experience in treating GI sensitivities and supporting the GI microbiota as part of individualized protocols for autoimmune disease relief. Lab testing can be helpful for diagnosing specific diseases and we use an array of tests that can help identify specific autoimmune diseases and underlying causes. Treatment is always individualized to take in to account the goals of the patient. Many of our patients do state that they have tried many things before coming to our clinic and they are so grateful that we were able to help them.

Hannah Gale, N.D., LAc practices Naturopathic Medicine and Traditional Chinese Medicine Acupuncture at the Center for Natural Medicine. Dr. Gale has done extensive research on the topic of Epigenetics and how the environment may affect the transcription of genes. For more information call 860-945-1004 or go to: www.centerfornaturalmedicine.net.