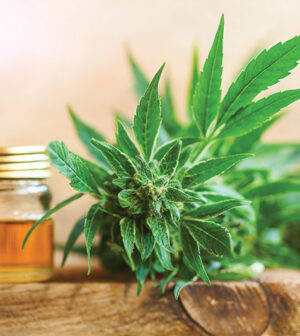 Have you been suffering from a chronic health problem, but have found little relief from prescription medications or multiple natural remedies? If so, you may want to explore CBD (Cannabidiol) as a potential legal, safe remedy. While conferring with a practitioner experienced in its administration is recommended when using CBD, this basic primer is meant to provide sufficient information to help you determine whether trying this remedy may be right for you.

What Is CBD? – Legality & Safety
The endocannabinoid system (ECS) of the human body, discovered in the 1990s, is the biological basis for mind-body medicine. It regulates well-being, energy and pleasure, and maintains physiological equilibrium (homeostasis) when the body is confronted with injury or disease. Phytocannabinoids are chemical messengers that work like the body’s own endocannabinoids, neurotransmitters found throughout the nervous system that regulate the body’s major systems.

CBD is one of over 100 phytocannabinoids found in hemp, a plant genetically distinct from, but related to, marijuana. Both CBD (more correctly referred to as hemp oil) and marijuana are from different varieties of the same plant species, Cannabis. While marijuana generally refers to the cultivated plant used as a psychotropic drug, hemp is cultivated from the subspecies Cannabis sativa for use in the production of various products, including nutritional supplements, foods and beverages, personal care products, and fabrics and textiles.

CBD is considered by expert scientists and physicians to have a wide scope of potential medical applications. Some of the factors that make it so exciting as a medical treatment are that: 1) it has almost no side effects, 2) it has very low risk of addiction, and 3) there is virtually no chance of lethal overdose. These are serious benefits when compared to opiates and other pharmaceuticals prescribed for medical conditions.

Federal law defines hemp and marijuana differently. If a plant contains 0.3% or less of Δ-9-tetrahydrocannabinol (Δ-9-THC, known as THC, the mind-altering component of Cannabis), the federal government considers it “industrial hemp” that can be legally formulated and sold as tinctures, gummies, capsules, and topical remedies. (Interestingly, CBD actually lowers THC’s psychotropic effect.) If, however, a plant contains more than .3% THC, it is considered marijuana, and even states that have legalized it sharply limit where and how it may be sold. CBD research has been relatively limited due to political bias against Cannabis, and researchers generally agree that more randomized controlled trials are warranted. In this article, CBD refers solely to industrial hemp or hemp oil.

While CBD has very few known adverse effects (can include fatigue, diarrhea, and changes in appetite and weight), the right dose depends on multiple factors, including the condition being addressed and its stage or intensity, the individual’s biology, metabolism, and sensitivity to Cannabis, and how their ECS acclimates to the use of CBD over time. CBD should be used in low amounts initially and adjusted slowly until the desired effect is reached. In addition, there are certain contraindications and precautions that should be considered when ingesting CBD in any form. CBD temporarily alters the activity of cytochrome P450, a family of liver enzymes that metabolize both CBD and many widely-used pharmaceuticals, including steroids, proton pump inhibitors (PPIs), antibiotics, benzodiazepines, blood pressure medications, antidepressants, antihistamines, and anti-epileptics. CBD can either increase or decrease the breakdown of these and other drugs.

Other precautions include: (1) CBD should not be mixed with alcohol; (2) due to its “bidirectional effect,” with excess dosing or due to individual body chemistry, CBD can over-stimulate the ECS, causing or exacerbating the adverse effects it normally relieves; and (3) since Cannabis readily absorbs heavy metals, pesticides, and other potentially harmful chemicals that may be in soil or water, it is important to buy only reputable CBD brands that regularly test their products for THC and contaminants, and/or use organic hemp.

CBD Effectiveness: Delivery Methods
The effectiveness of CBD varies widely among individuals, in part based on delivery method, dose, the time of day it is administered, the treated condition and degree of advancement, and how much food has been consumed relative to the time of administration (because CBD is fat-soluble, its absorption increases greatly when taken with fatty food). Phytocannabinoids work better in whole plant extracts than in isolated, refined, or synthetic products. CO2 extraction, the most widely used method for removing CBD from hemp, produces a safe, pure product.

As previously noted, CBD is available in multiple forms. Selection should take into account how quickly the CBD will take effect (onset), how long it will last in the system (duration), and bioavailability (how much will be absorbed). These guidelines generally apply for the most readily available, and thus most widely used, delivery methods: (1) Topical (salves/creams): Onset – 15 minutes, Duration – 2-4 hours, Bioavailability – N/A (local relief only; does not enter the bloodstream); (2) Ingestion (capsules/chewed and swallowed gummies): Onset – 30 to 90 minutes, Duration – 6-8 hours, Bioavailability – 8-15% (slow, erratic absorption through the intestines; maximum plasma concentrations usually in 1-2 hours; can take 2-3 times/day); (3) Oral Mucous Membranes (oil based tinctures, gummies/lozenges dissolved in the mouth): Onset – 40-75 minutes (sublingual use – 30 seconds to 2 minutes), Duration – 6-8 hours, Bioavailability – 6-20% (can take up to 6 times/day).

Science-Based Uses of CBD
Drawn from relatively limited, preliminary scientific evidence, below is a short, alphabetized list of some of the more promising CBD applications when used responsibly according to the above guidelines. CBD also has widespread application in the treatment of veterinary health challenges.

The world of CBD research is a relatively new and exciting frontier. In addition to the above applications, initial evidence supports the value of further study of the use of CBD to address various other health conditions, including Type 2 diabetes, obesity, IBS, immunity modulation, high blood pressure and cardiovascular disease, addiction, and cancer-related symptoms and treatment side effects. Given that CBD is considered safe and legal, personal exploration of CBD for these purposes may prove beneficial.

Submitted by Erika Dworkin, Board Certified in Holistic Nutrition®, Owner of the Manchester Parkade Health Shoppe (860.646.8178), 378 Middle Turnpike West, Manchester, CT, www.cthealthshop.com, nutrition specialists trusted since 1956. Erika is available to speak to groups including on Zoom.