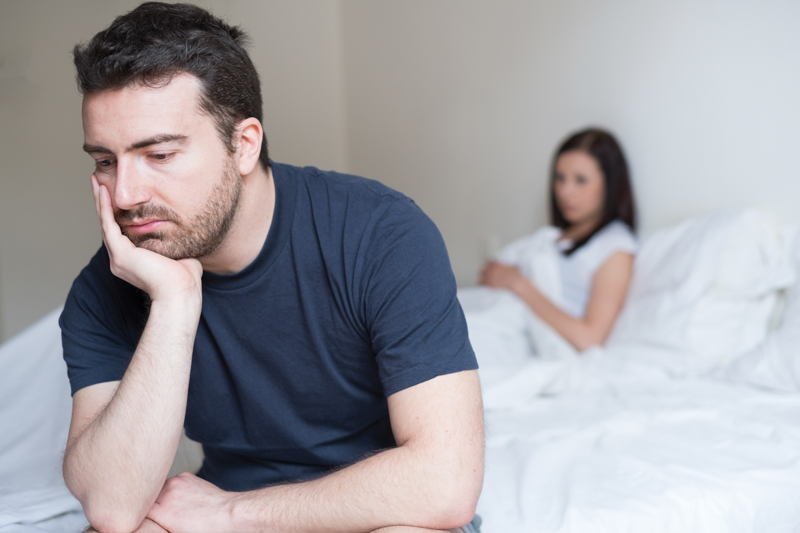 Thermography – Not Just for Breast Health Anymore
What Is Happening With My Hormones?
Breaking the Stress-Sleepy Cycle

Did you know that erectile dysfunction (ED) is very common among American men of all ages and that the risk of its development increases with age? Understanding its causes and adopting natural ways to address its complexities can help tackle its power to undermine self-confidence, quality of life, and intimate relationships.

Erectile dysfunction is a multidimensional but common male sexual dysfunction that involves an alteration in any of the components of the erectile response, including organic, relational and psychological…. [It] can have deleterious effects on a man’s quality of life; most patients have symptoms of depression and anxiety related to sexual performance. These symptoms, in turn, affect his partner’s sexual experience and the couple’s quality of life.
~ Erectile Dysfunction, Nature Reviews Disease Primers

By initiating production of another chemical messenger called cGMP (cyclic guanosine monophosphate), NO triggers a biochemical cascade leading to vasodilatation (relaxation and expansion) of penile blood vessels, This allows for increased blood flow into the CC, which then stretches, compressing the primary site where blood exits the penis (the subtunical venules) and causing the resistance to blood flow out of the penis, thereby producing and maintaining an erection.

What Is ED?
ED is the inability to achieve or sustain a penile erection for satisfactory sexual performance. According to the Cleveland Clinic, the failure to get an erection less than 20% of the time is not abnormal and generally does not require treatment. However, such failure more than 50% of the time is generally diagnosed as ED and can be a symptom of a more serious underlying problem, including:

Conventional Treatment
PDE5 inhibitors (PDE5Is—Viagra, Levitra, Cialis) are the primary allopathic treatment for ED. These medications inhibit the phosphodiesterase-5 enzyme, which otherwise naturally destroys cGMP, the above-mentioned critical mediator of vasodilatation, penile blood flow, and resulting erection. Like all prescriptions, PDE5Is have potential side effects, including headache, indigestion, priapism (painful, prolonged erection lasting more than six hours), and vision problems, including blindness. While they are appropriate for men with vascular ED, they do not work for 30–40% of men suffering from ED who also have neurological disorders or low testosterone. PDE5Is are also inappropriate for men with CVD and can interact with other medications, including nitrates (nitroglycerin), alpha blockers (Flomax), and drugs that inhibit the detoxifying cytochrome CYP3A4 pathway [certain antibiotics, antifungals (Ketoconazole), Cimetidine, Ritonavir)], which consequently decrease the metabolism, increase the plasma concentrations of PDE5Is, and can thus exacerbate the severity of ED drug side effects.

Beneficial Lifestyle Changes
As with every health condition, the first and foremost line of defense against ED is making improved lifestyle changes. Research has shown that the most valuable modifications include exercising on a regular basis; following a healthy diet, especially to manage cardiovascular conditions and weight (obesity nearly doubles the risk of ED); eliminating smoking and recreational drug use; minimizing alcohol intake; reducing prescription medications when possible and advised by a physician; psychological therapy/consciousness management; and increasing open communication and emotional connection with one’s sexual partner.

Evidence-Based Nutritional Therapies
Both the reflex and psychological aspects of ED can be addressed with natural therapies, as can its underlying health issues. Space limitation allows only brief discussion here of some remedies that can address the physical elements of ED.

All of the remedies discussed here should be used with caution and, ideally, with the guidance and approval of a healthcare practitioner, especially in the presence of various chronic health conditions, including neurological, cardiovascular, and psychological disorders.

Submitted by Erika Dworkin, Board Certified in Holistic Nutrition®, former owner of the Manchester Parkade Health Shoppe in Manchester, CT (www.cthealthshop.com), which operated for 65 years.

Erika is available for nutrition consultations and to speak to groups, including via video communication platforms. She welcomes inquiries at Vitathena Wellness (successor to Parkade Health) by phone at 860.646.8178, or by email at: edworkin@vitathena.com.

All statements in this article are practice- or scientific evidence-based and references are available upon request.