Did Acetaminophen Cause the Autism Epidemic? 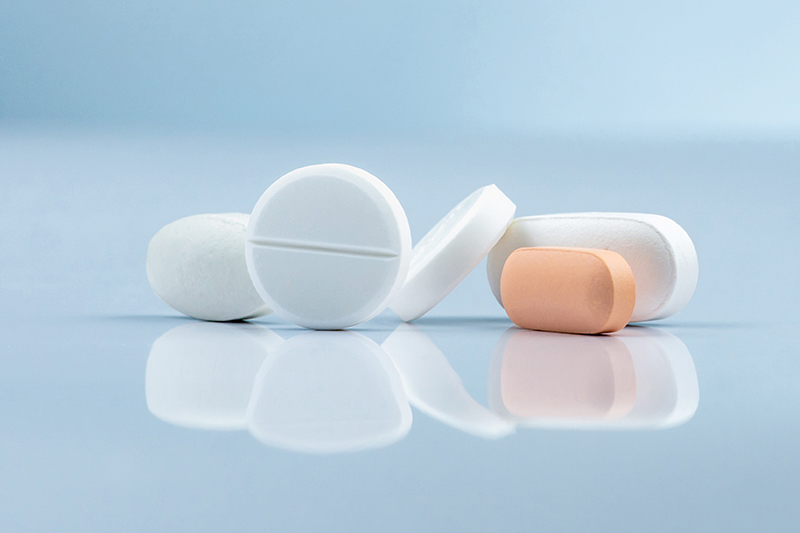 Have You Sneezed Yet?
The Benefits of High Cholesterol
Bored or Unfulfilled by Your Current Job or Career?

Pediatrician: “Sure, give your child some Tylenol. It’s perfectly safe.”

Poison Control Line: “Your child took the whole bottle of Tylenol? Go immediately to the Emergency Room. They will have the antidote protocol.”

These two statements seem totally opposite and contradictory. Is something for your child perfectly safe or does the hospital have an antidote protocol? As a parent myself, I sure would like to know that due diligence has been done to ensure that something I’m giving my child, something my pediatrician is recommending, is safe for my child to take.

Beliefs Are Hard to Change
The uncertainty surrounding these contradictory statements stems from science not knowing the extent of the harm acetaminophen—the active ingredient in Tylenol and other over-the-counter painkillers—can cause. Even when more scientific research is published that shows acetaminophen might be causing autism, that science is often completely ignored.

I believe this is due simply to human nature. Once we learn something and believe it, that belief is very hard to change. How hard was it for the masses to change the belief that the Earth is indeed round, not flat? How hard was it for our society to change from “4 out of 5 doctors recommend Marlboro cigarettes” to “The Surgeon General warns you that smoking may cause cancer”? How hard would it be to change your belief about last November’s presidential election? Regardless of what you believe, how much would it really take to change your mind?

Acetaminophen and Autism
My practice specializes in helping children recover from autism. I love my work because I get to help children and families have a better quality of life, and I am constantly learning new things. I remember the first time I heard about acetaminophen causing autism—I laughed out loud. Impossible! Insane! At that time, I believed that acetaminophen was safe and harmless… . So safe and harmless, in fact, that even an infant could take it. But then I started listening to science.

It started in 2003, when a researcher from Utah State University published a study associating acetaminophen with the onset of regressive autism. First , let me explain how autism seems to occur. The majority of children with autism are not born with it. They lose their skills of language, interaction, and eye contact, and possibly more basic function, around 12–18 months of age. There are many things happening in the growth and development of children during that time of their lives, so it’s hard to pinpoint one event as the cause of regression into autism. The scientific community, however, has been working for decades in an effort to discover what causes autism.

During the vital stage of development taking place when your child is 12–18 months, your pediatrician typically recommends taking acetaminophen during and around your regular check-ups. Naval officer Stephen Schultz had a child who regressed into autism, and he believed it was due exclusively to acetaminophen toxicity. He wrote a book about his child’s regression and started publishing more research, including a 2008 survey of parents who believe that acetaminophen was a contributing factor for autism regression when given to young children, but that ibuprofen was not.

The Science Behind the Statement
The science supporting this idea has escalated considerably over the past five years. A surgeon from Japan researched the use of acetaminophen by pregnant women and showed that “prenatal acetaminophen was reported to be associated with asthma, lower performance intelligence quotient (IQ), shorter male infant anogenital distance (predicting poor male reproductive potential), autism spectrum disorder, neurodevelopmental problems (gross motor development, communication), attention-deficit/hyperactivity disorder, poorer attention and executive function, and behavioral problems in childhood.”

All people are different—we all have different genetics and we are all predisposed to have certain health problems, including the ability to be harmed by acetaminophen.

Additionally, a psychiatrist with the National Institute of Mental Health and Neurosciences in Bangalore, India, states, “gestational exposure to acetaminophen (especially when the duration of exposure was 28 days or more) was associated with motor milestone delay, gross and fine motor impairments, communication impairment, impairments in internalizing and externalizing behaviors, and hyperactivity.”

Even researchers from Johns Hopkins agree: “Cord biomarkers of fetal exposure to acetaminophen were associated with significantly increased risk of childhood ADHD and ASD [autism] in a dose-response fashion.” Furthermore, a compelling study written by Dr. William Parker from Duke, along with other researchers from Harvard, indicates that acetaminophen can cause autism, stating, “one explanation for the increased prevalence of autism is that increased exposure to acetaminophen, exacerbated by inflammation and oxidative stress, is neurotoxic in babies and small children. This view mandates extreme urgency in probing the long-term effects of acetaminophen use in babies and the possibility that many cases of infantile autism may actually be induced by acetaminophen exposure shortly after birth.”

How many kids could really have been—and could still be—impacted by the use of acetaminophen? Many people will think, “my child had Tylenol and they don’t have autism.” That is great! However, when I eat peanuts, I’m fine, but someone with serious peanut allergy will suffer severely, perhaps even die, if they even touch one. All people are different—we all have different genetics and we are all predisposed to have certain health problems, including the ability to be harmed by acetaminophen. A 2020 study stated, “postnatal acetaminophen was estimated to be about 40% of the risk of [autism] among male children in the US.” Forty percent!

Profits Before People?
These examples are just a handful of the many studies that can be found when researching autism and acetaminophen. So, if the #science is starting to build, where are the safety studies for Tylenol? I reached out to Johnson & Johnson, the manufacturers of Tylenol (generic for acetaminophen) and asked them this question: If researchers from Johns Hopkins, Duke, and Harvard are saying your product causes autism, where are your safety studies proving otherwise?

Their answer may surprise you. Acetaminophen is such an old drug that when it was developed, rigorous safety studies were not required to sell it. When those regulations were introduced, existing drugs, like acetaminophen, were “grandfathered” into effect, meaning that there has not been any research on the safety of acetaminophen in regard to developmental delays and autism. Frankly, I am not convinced they are interested in putting in much effort to confirm the safety of acetaminophen; “profits before people” seems to be the mantra. If they are interested in safety, I challenge them to perform a long-term acetaminophen safety trial.

Where Do We Go from Here?
Remember, beliefs are hard to change. Humans are habitual creatures, so when this science is brought to many pediatricians, they seem to ignore it and continue to prescribe acetaminophen—it’s what they have been doing for so long already. But if science is learning more, shouldn’t we as medical professionals adapt to new information?

I firmly believe if we switched our children to ibuprofen instead of acetaminophen, or if we performed tests for genetic conditions (as we do with babies on day one of birth to identify PKU), then we can choose which children can handle potentially toxic drugs and which cannot. I believe we could cut new autism diagnoses by 50%. This is another challenge I have to our pediatric world. Do we practice preventive medicine? Or do we continue to give drugs with uncertain side effects and clean up the mess after, to the detriment of our children?

Preventative Measures and Long-Term Treatments
Luckily, you can start helping your child today. The antidote—NAC—is currently available as an over-the-counter supplement. NAC is so powerful and effective, however, that at the time of this writing, Amazon has removed NAC from its website due to rumors that the FDA is considering reassigning NAC as a pharmaceutical only and removing it as an OTC supplement.

While NAC is good to take the same day of acetaminophen as a preventative measure, if you have a child with autism and you noticed regression at the time of taking acetaminophen—and if you are starting to agree with scientists from Johns Hopkins, Duke, and Harvard—it is time to pursue a more involved treatment protocol to heal a damaged brain.

With all of this important information, what should you do going forward? If you’re pregnant or plan on becoming pregnant, you should avoid acetaminophen and/or have the testing performed to screen your genetic risks and predispositions for acetaminophen toxicity. If you have a young child, try administering ibuprofen instead of acetaminophen, or try other recommendations provided by your health care provider. If you currently have a child with autism, please get a complete biomedical evaluation from a MAPS doctor (these doctors have the most advanced knowledge in treating autism). Many recent, significant scientific studies are showing that we can help prevent and treat autism by eliminating the use of acetaminophen. It is time to start listening to this science.

Dr. Skowron has been voted Natural Nutmeg’s 10Best Holistic Pediatricians for three years in a
row (2019–2021).