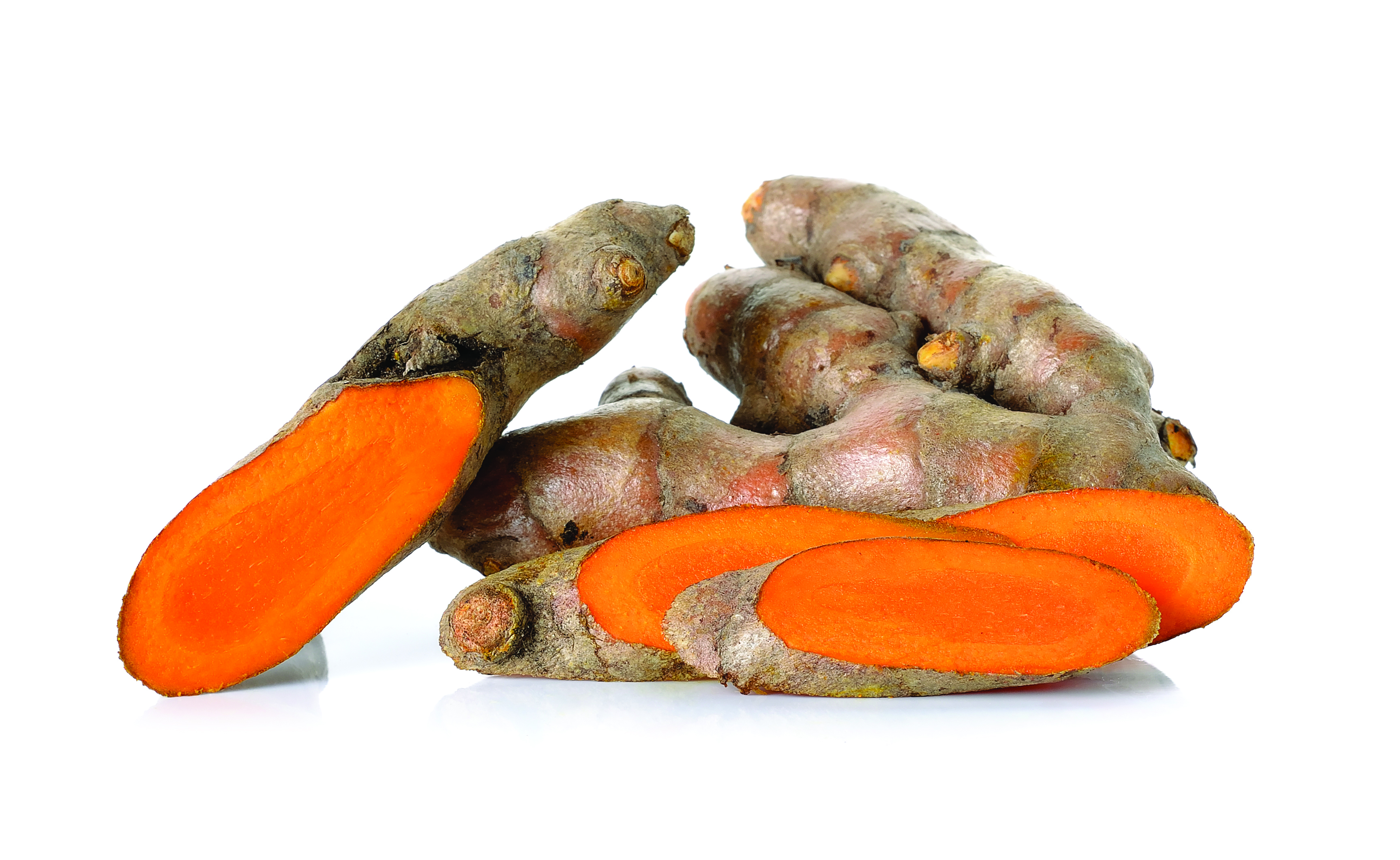 Curcumin is the active ingredient in the traditional herbal remedy and dietary spice turmeric (Curcuma longa). Part 1 of this two-part article discussed how curcumin provides multiple therapeutic benefits, available drug delivery systems of dietary supplements that enhance its absorption, and the science supporting its dietary supplementation in connection with Alzheimer’s disease, rheumatoid and osteoarthritis, cancer, and cardiovascular disease. Discussion of additional compelling scientific evidence continues below.

Studies have shown that curcumin has therapeutic application against inflammation, demonstrating greater anti-inflammatory activity than ibuprofen by inhibiting pro-inflammatory prostaglandins or stimulating the adrenal glands to secrete cortisone, J. Graf, MD, Dept. of Dermatology, NYU Medical Center, New York. Curcumin also aids in areas such as infection, lifestyle-related disease, and neurological disorders. Researchers have thus examined it as a target against a wide variety of diseases, some of which are discussed below.

According to the National Institute of Mental Health, there are multiple forms of depression, a common but serious brain disorder that affects 1 in 10 Americans. These include: (1) Major Depressive Disorder (MDD) – characterized by severe symptoms that interfere with the ability to work, sleep, study, eat, and enjoy life; only one or multiple episodes can occur in a lifetime; (2) Postpartum Depression – after giving birth, hormonal and physical changes, and the new responsibility of caring for a newborn, becomes overwhelming (estimated to occur in 10-15% of new mothers); and (3) Seasonal Affective Disorder (SAD) – characterized by the onset of depression during the winter months, when there is less natural sunlight; nearly 50% of those with SAD do not improve with light therapy alone. Depression signs and symptoms include: persistent sadness, anxiousness, or emptiness, hopelessness, guilt, worthlessness, or helplessness, fatigue, loss of enthusiasm for usual interests, sleep disorders, appetite shifts, and concentration or memory difficulties. In a recent randomized and controlled observer-masked human study of 60 patients with MDD, researchers administered Prozac (20 mg) or BCM-95 curcumin (1000 mg in two divided doses) (see Part 1 for explanation of well-absorbed BCM-95) individually or in combination. This provides the “first clinical evidence” that curcumin may be an effective and safe MDD treatment, without the side effects that often accompany drug therapy (Phytother Res. 2014 Apr). BCM-95 curcumin combats depression by inhibiting inflammation, promoting neurogenesis, and increasing serotonin, norepinephrine, and dopamine levels.

According to the Centers for Disease Control and Prevention (CDC), America has the largest population of obese people in the world (http://www.cdc.gov/obesity/index.html). Extensive research over the past two decades has revealed that obesity is a pro-inflammatory disease and thus a major risk factor for type 2 diabetes, atherosclerosis, cancer, other chronic diseases (Annu Rev Nutr. 2010 Aug), and death (10–50% increased risk of death from natural causes due to obesity-induced cardiovascular disease) (Eur J Nutr 2011 Mar).

The Islets of Langerhans in the pancreas secrete the hormone insulin, which regulates glucose, the sugar the body uses for energy. Type 2 diabetes is marked by elevated blood glucose levels resulting from either the inadequate production of insulin by the pancreas or the cells’ inability to use insulin (the more common cause, called insulin resistance/insensitivity). Insulin resistance is also a component of what Gerald Reaven, M.D., a Stanford University researcher, labeled Syndrome X (now called Metabolic Syndrome), a cluster of disorders including obesity, hypertension, elevated triglycerides, low HDL cholesterol, and/or increased risk of heart disease. According to the American Diabetes Association, normal fasting blood glucose is below 100 mg/dl. Someone who is pre-diabetic has a fasting blood sugar level of 100-125 mg/dl, while a diabetic has a blood glucose level over 125 mg/dl.

The University of Maryland Medical Center (https://umm.edu/health/medical/altmed/herb/turmeric-June 2014) reports that curcumin may help: (1) Indigestion/Dyspepsia – by stimulating the gallbladder to produce bile; and (2) Ulcerative Colitis (a form of Irritable Bowel Disease) – may help UC stay in remission.
In the World Journal of Gastroenterology (World J Gastroenterol. 2013 Dec), researchers reported that a form of curcumin bound to lecithin phospholipids (Meriva®) markedly improves intestinal absorption of curcumin (29 times), guarantees a greater tissue delivery than traditional curcuminoid mixtures, and thus “has the potential to be exploited in many gastrointestinal diseases.”

The kidneys are fist-sized, bean-shaped organs located near the middle of the back, just below the rib cage. As sophisticated trash collectors, they process about 200 quarts of blood daily to sift out about two quarts of waste and extra water. Normal kidneys also produce hormones, chemical messengers that circulate in the bloodstream and regulate various body functions including blood pressure, red blood cell production, and the uptake of calcium from the intestine.

Researchers have examined curcumin’s ability to protect the kidneys in cases of diabetic nephropathy (Scand J Urol Nephrol. 2011 Nov – 500mg turmeric capsule, each containing 22.1mg curcumin, taken with each meal), chronic renal failure, ischemia and reperfusion (tissue damage following the return of blood supply after a period of oxygen deprivation), and nephrotoxicity induced by various compounds. Recent studies indicate that curcumin has promising reno-protective effects due to its antioxidant and anti-inflammatory capacity, and the ability to inhibit mitochondrial dysfunction (Redox Biol. 2013).

Psoriasis is a chronic inflammatory, autoimmune skin disease characterized by thick, red, scaly lesions that may appear on any part of the body. Plaque psoriasis is the most common of its five forms, and is associated with increased cardiovascular risk (AAPS J. 2013 Jan).

One two-stage clinical trial examined the safety and efficacy of oral curcumin in patients with moderate to severe chronic plaque psoriasis (J Am Acad Dermatol. 2008). Twelve patients were given 4.5g curcumin capsules every day for 12 weeks, followed by a 4-week observation period. The response rate was low, but the curcumin treatment was well-tolerated and two patients showed 83-88% improvement after 12 weeks (see Br J Dermatol. 2000 Nov).

While curcumin can be used safely in preventive and healing regimens, it is best to seek the advice of an expert in nutrition or functional medicine when attempting to change the course of disease. Since nutritional supplements can interact with prescription drugs, advise your doctor of your desire to incorporate complementary medicine into your health program. Additional research should be done before mixing natural remedies with any prescribed medications.

*The statements in this article have not been evaluated by the Food and Drug Administration and are not intended to take the place of a physician’s advice. Unless otherwise stated herein or otherwise supported by specific research, the natural remedies discussed herein are not intended to diagnose, treat, cure or prevent any disease.

Submitted by Michael Dworkin, PD, CCN, a Registered Pharmacist and State Certified Clinical Nutritionist (CT Cert. No. 232), with J. Erika Dworkin, Certified Lifestyle Educator and Board Cert. Holistic Nutrition (Cand.). Dworkin owns the Manchester Parkade Health Shoppe (860-646-8178, 378 Middle Turnpike West, Manchester, CT, www.cthealthshop.com). Pharmacist Dworkin has been guiding patients since 1956 and is available for consultation by appointment. Erika is available to speak to groups. All statements in this article are research-based and references are available upon request.