Could Your Lifestyle Be Causing Infertility? 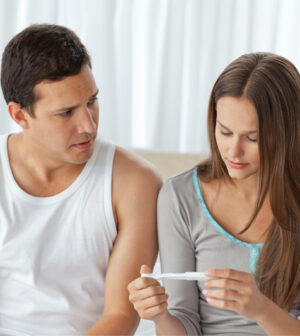 In the age of instant gratification, infertility can feel like a diagnosis that will never be overcome for many couples wanting to be pregnant NOW. More than five million people of childbearing age in the United States, or one in every ten couples, have problems with infertility. Infertility is defined clinically as not being able to achieve and maintain pregnancy after one year of having regular, well timed, unprotected intercourse, or after six months if the woman is older than 35 years old. According to the NIH, 9% of men and 11% of women of reproductive age in the United States have experienced fertility problems. Studies suggest that 12%-15% of couples are unable to conceive after one year of unprotected sex, and 10% still have not had a live-born baby after two years. Female and male factors account for 40% of infertility each, and 20% of infertile couples have both female and male contributing factors. In ten percent of infertility cases, there is no identifiable cause for a pregnancy to not occur.

The Age Factor: End All Be All?
Couples trying to conceive before the age of 30 are between 40%-60% able to become pregnant within the first three months of trying. When women reach 30 years old, they are about half as fertile as their 20-year-old counterparts. This strongly suggests age is a major factor concerning fecundity, the ability of a couple to become pregnant in any given cycle. Women and men both see a decline in their fertility after the age of 35. Male fertility decline is more gradual though. Due to the finite number of eggs a woman is born with, about 1 million to 2 million, female fertility has an end point that will be reached, while men can continue to make sperm throughout their life. When menarche is reached, the onset of menstruation at puberty and the beginning of a woman’s fertile period of life, only 25% (about 200,000-400,000) of a woman’s eggs remains. The average woman will be down to only about twenty-five thousand remaining eggs at the age of 37. Woman only cycle an average of 451 times in a lifetime and while thousands of eggs degrade each month, only one usually matures to be released during ovulation.

A decline in the number and quality of female eggs can lengthen the time it takes to become pregnant in older women. This often results in an infertility diagnosis after six months for a woman 35 years or older. Considering fecundity decreases as we age, a longer time to conceive naturally is expected as we age. Male sperm quality and quantity also decline as men age, making it more difficult for sperm to reach and fertilize an egg. Aside from the natural decline of fertility as we age, there are other factors that increase in occurrence with increasing age and contribute to a further loss of fertility; uterine fibroids, tubal disease, endometriosis, genetic abnormalities, erectile dysfunction, decrease in testicle volume, and enlarged prostate.

Can you become pregnant in advanced reproductive age? Yes, but it can take much longer than if pregnancy is attempted earlier in life. Does this make the term “geriatric pregnancy” any less offensive? NO!! Let’s take a moment and appreciate the wonderful things our bodies can do as we age without labeling it with terms that make us cringe and think less about ourselves. Understanding it may take more rigorous approaches, effort, and time to conceive in our late 30s or beyond can ease the stress often felt by this age group.

Causes of Infertility
Non-age related causes of infertility are many and can be multi-factorial. Both the female and male partner’s reproductive and overall health needs to be addressed when identifying the reason a couple is falling short on becoming pregnant.

Exposure to organic pollutants and endocrine-disrupting chemicals (EDCs) like PCBs and TCCD dioxin affect fecundity:
According to the NIH, “EDCs alter the function of the hormonal system, a key component in fertility. The LIFE study found that the EDC methyl paraben affects fertility in women, while phthalates and the UV filter benzophenone-2 affects fertility in men.”

Infertility Evaluation
With six months to a year already behind most couples before seeking evaluation for fertility, it is vital to assess both partners. Female and male evaluation is crucial before identifying the most effective treatments. There is nothing more crushing for a couple to spend months and months treating a “probable” female cause, when a semen analysis on the male partner has never been done. Remember, 40% of infertility is a male partner issue, with another 20% male and female combined issue. Therefore 60% of the time the male partner may need treatment.

Female evaluation will include a detailed history of health, cervical health history (abnormal Paps, LEEP procedures, cone biopsy), and mental/emotional assessment. Included in the initial screening will be a physical exam and blood tests. Functional testing such as the DUTCH test can offer insight into many causes of infertility with a few samples of dried urine. The gold standard in functional fertility testing, it looks at multiple facets contributing to infertility, such as sex hormones, stress hormones and toxic burden markers. Additional testing may be ordered if baseline testing indicates a deeper investigation is needed.

The “test de jour” for infertility is anti-mullerian hormone (AMH). A lower AMH level indicates decreased ovarian reserve. Recent studies show AMH may be less accurate though with Vitamin D deficiency. The CDC reported in 2011 that 50% of women ages 19-50 were insufficient in Vitamin D, and 23% were deficient. Antral follicle count is another test to detect ovarian reserve using trans-vaginal ultrasound to determine the number of follicles in each ovary. Studies show that decreased ovarian reserve is associated with fewer eggs available, but does not change the ability to get pregnant. However, it may be more difficult to conceive. This point is very important to make when considering the fear many woman experience when told AMH and AFC numbers are low.

Male evaluation will include a similar detailed history of health, testicular health/injury, occupational exposure, and mental/emotional assessment, along with a physical exam and blood tests. A semen analysis is critical to avoid lengthy and often unnecessary testing and treatment of the female partner.

1. Timing!!!
Sound obvious? According to an Albert Einstein College of Medicine 2019 study, only 20% of women knew they were fertile 3-6 days out of a month’s cycle, and 16% of woman in the study believed they were most fertile during their menses. Timing is essential because an egg is only fertile for 12-24 hours after being released from the ovary. Sperm can survive in the female reproductive tract for up to 5 days, so the fertile window is considered 5 days before and one day after ovulation.

Teaching woman their body’s ovulation prediction kit (OPK) helps remove uncertainty about “well-timed” intercourse, and allows the physician to rule out timing as the issue. The body’s OPK consists of cervical position, cervical fluid, and basal body temperature (BBT). A study in the journal Fertility and Sterility found women who checked their cervical fluid consistently were 2.3 times more likely to get pregnant over a six-month period. BBT charts help maximize conception, predict ovulation (or lack thereof), and rule out various endocrine-related issues.

Quick tip: Avoid lubricants during intercourse due to their ability to impede the movement of sperm. Use Pre-Seed brand as a sperm friendly lubricant. Better yet see a practitioner to improve your cervical fluid. Cervical fluid quality can indicate hormonal imbalances.

2. Lifestyle Factors
Lifestyle factors should always be addressed by your practitioner BEFORE more advanced interventions. A Lancet study showed man who ate organic had 43% more sperm. Another study concerning stress and infertility, showed women with a support group have higher conception rates (54%) than those without a support group (20%). Lifestyle factors are often not considered as important as hormonal, ovulatory, or sperm abnormalities, but lifestyle is often the cause of those abnormalities.

Folate 400-800 mcg/day is essential for proper cell growth, metabolism, and neural tube development. Methylfolate and folinic acid are other natural occurring forms of folate that may be better depending on your genetics and how you process folate in the body.

Vitamin B6 30-50 mg/day helps to normalize many symptoms associated with a woman’s cycle. Vitamin B6 is involved in estrogen metabolism and can easily become depleted if estrogen dominance is a problem. Vitamin B6 possesses “progesterone-like effects” and has been shown to reduce estrogen while increasing progesterone levels.

Melatonin 3mg/day at bedtime increases number of mature eggs, and has anti-oxidant functions.

Vitex agnus-castus 1mL tincture in the morning can increase progesterone and restore ovulation.

Infertility is becoming more prevalent across all age groups. Treatment options are many and should be individualized depending on the root cause of your fertility struggle. Find a trusted practitioner that gives you options concerning what therapies are best for you at your current state of fertility. There are treatments available that are non-invasive, not excessively costly, and can actually improve your overall health as well as your ability to conceive.