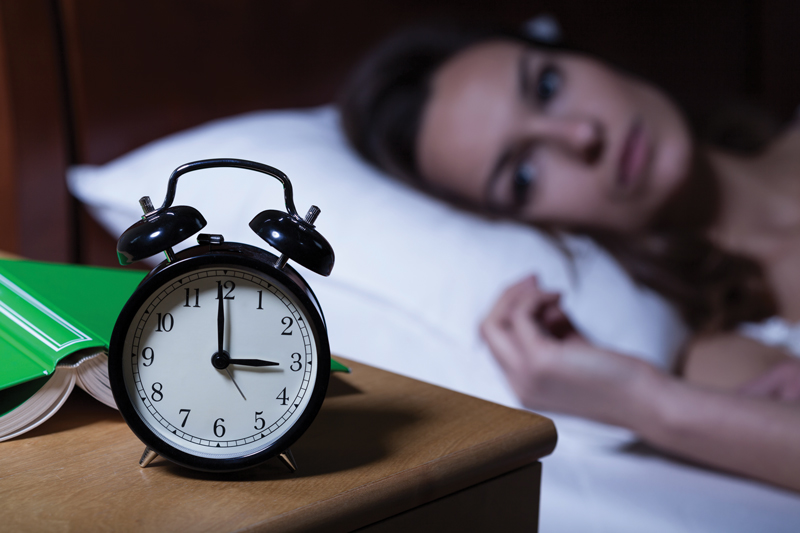 Reduce Your Risk of Infertility
Natural Treatments for Chronic Pain
Ragweed: The Anguish of August

Stress and sleep, or lack thereof, can have significant pathological and clinical implications. Stress and sleep are cyclically related to one another. Meaning, with stress comes sleep problems, and with a lack of sleep comes an improper stress response.

One can measure the physiologic response to stress perceived by the body via hormones and neurotransmitters. Cortisol, which everyone has, is considered the stress hormone. However, it is not as easy as testing this one level in the blood and determining if a patient has an aberrant stress response. A more accurate way to test is to look at the salivary cortisol level 4 times throughout the day which determines the cortisol curve. Elevated cortisol is a clear sign of the body being under stress. However, a low cortisol can also indicate significant stress over a long period of time which causes the adrenal glands, where cortisol is produced, to burn out. This example of low cortisol is often referred to as ‘adrenal fatigue’, which is not recognized by conventional medicine. This might be for good reason, because it is more of an issue with hypothalamus-pituitary-adrenal axis dysfunction (HPA dysfunction), which is a complex reaction between several glands in the body. Neurotransmitters are another component differing between the sympathetic and parasympathetic nervous systems. The fight or flight response yields an increase in norepinephrine and epinephrine, more commonly known as adrenaline.

Our ancestors would stress over uncontrollable circumstances like extreme weather or a lack of food. In the modern day, we are blessed/cursed to have ‘first world problems’, such as the dryer not drying clothes on time, being late to work, not getting as many ‘likes’ on social media as our cohorts, and post-election stress disorder. There are certainly significant stressors in our world today, such as turning on the news, getting notifications on our smartphones about North Korea testing missiles and threatening nuclear war, and looming superstorms with increasing frequency. The purpose of these examples demonstrates that everyone is affected by stress. One person may have a different stress response to a given stimulus compared to another person. For example, one person may witness a motor vehicle accident and remain cool and collected, while someone else will have a panic attack. This difference is not absolute, but due to varying combination of genetics, environment, and state of physiology (hormones and neurotransmitters). There are ways to combat stress no matter the person and the intensity of stress.

Stress vs. Sleep
Let’s define sleep as a condition of body and mind such as that which typically recurs for several hours every night, in which the nervous system is relatively inactive, the eyes closed, the muscles relaxed, and consciousness suspended. Humans need adequate sleep to have a normal healthy nervous system. Without enough restorative sleep, the nervous system will be on edge throughout the coming day causing an exaggerated stress response to relatively insignificant events.

Stress can have a negative impact on sleep. The cortisol curve, as mentioned previously, is supposed to be highest during the morning with sunrise, and then taper down throughout the day with the lowest level accompanying sunset and thereafter. Melatonin is another hormone, which is opposite to cortisol and elevates during the dark hours of the night and diminishes during daylight. Many people use melatonin for sleep support, however this approach does not consider cortisol. In fact, melatonin deficiency only occurs in older adults, as one makes less melatonin over the age of 50. Despite this, cortisol is still the predominant issue and cortisol regulation is often the goal of proper circadian rhythm. If cortisol is elevated (or depressed as in HPA dysfunction/adrenal fatigue) chances are there will be issues with sleep.

Sleep hygiene is an important topic of discussion. Did you know blue-light, the spectrum of light emitted from screens, is neuro-excitatory. During the day, blue light is part of the spectrum emitted by the sun, thus it is normal to see blue-light during the day, along with having normal peak in cortisol. However, at night, people consume hours of screen time after the sun sets, which continues to stimulate the mind and provoke cortisol. This can play a factor in why people get in bed and have a mind that is wide awake. Along the same line of thought, our ancestors did not work after the sunset due to the lack of light. Today, people exercise after work, which stimulates the sympathetic response which increases cortisol in the evening and potentially disrupts the natural circadian rhythm.

There are many natural approaches to both ends of this vicious cycle involving stress and sleep. It is obvious that the treatment principle would include de-stressing and promoting restorative sleep. Finding the obstacle to cure is the tricky part. Insomnia could be due to too much stress and a racing mind at night, however it can also be due to or compounded by hormone fluctuations, side-effects of medications, and too much caffeine during the day among other reasons. If it is truly stress-related then treating the stress is imperative. This is where cortisol management is applicable. As previously mention, HPA dysfunction is often at the root of cortisol issues. Treating the glands involved in this axis can be complicated however it often reduces to several overlapping principles: anti-inflammatory diet and supplementation, hormone modulating botanical medicine therapies, moderate exercise (morning or early afternoon), stress reduction, and proper sleep hygiene. Other ways to treat stress include meditation, relaxing botanicals (nervines, nourish the nervous system), adaptogenic herbs to support the adrenals, and nutraceutical supplementation, among other treatments. It is important to work with a qualified practitioner to find what nutraceutical supplementation (GABA, L-Theanine, Vitamin B complex, etc.) and the corresponding doses may be most beneficial. Also, regular self-care treatments are beneficial, such as regular acupuncture, massage, chiropractic, reiki, among other treatments.

Dr. Nick Edgerton, ND, LAc, is a Naturopathic Physician and Licensed Acupuncturist at Collaborative Natural Health Partners and is currently accepting new patients. He is an in-network provider for most major health insurance companies. Please call 860-533-0179 to book an appointment.