Biomagnetism is a Revolutionary Approach for Lyme Disease 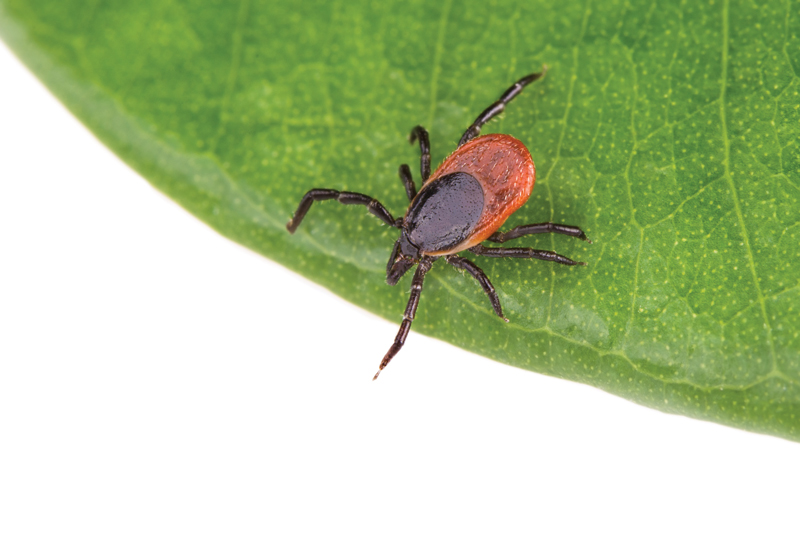 First recognized in the town of Old Lyme in 1975, Lyme disease is an infectious disease caused by the bacteria Borrelia burgdorferi, then transmitted to humans by a bite from an infected black-legged or deer tick. A tick becomes infected after feeding on infected deer, birds, or mice. Recent studies have surfaced that show women are more likely to have this disease than men. FAIR Health (2019), one of the largest insurance claims databases, released a Lyme disease report proving that more insurance claims with Lyme disease diagnoses were submitted for females than males, and females do not have a bimodal age distribution. In fact, between the ages of 23-50, there were almost twice as many females as males with Lyme disease.

Early-Stage Lyme Disease (3 to 30 Days After Tick Bite)
The Centers for Disease Control and Prevention (CDC) stated that early-stage Lyme disease symptoms could include but are not limited to a gradually expanding tick-bite that may feel warm to the touch but is rarely itchy or painful, fever, chills, headache, fatigue, muscle pain, joint pain, swelling of the lymph nodes, and a bull’s-eye shaped rash that appears at the site of the tick bite called erythema migrans (EM) rash. Early Lyme disease does not always appear the same in all patients. For example, up to 30% of patients don’t remember experiencing a bull’s eye (EM) rash.

Chronic Lyme Disease (Days to Months After Tick Bite)
Many people with Lyme disease have no memory of a tick bite. Thus, the Lyme community typically uses the term “chronic Lyme disease” to describe a range of physical, cognitive, and emotional symptoms that crop up after getting Lyme disease and persist for months to years after infection.

The health risks associated with chronic Lyme increase the longer a Lyme infection goes untreated or undertreated. On the other hand, more patients are likely to recover fully if their Lyme infection is detected and treated as early as possible after the tick bite. However, when left untreated or undertreated, Lyme disease can spread throughout the body and affect the central nervous system, muscles, joints, heart circulation, reproductive system, and the skin. Medical experts pointed out that these symptoms can evolve, disappear, and reappear at different times.

Combating Lyme Disease with Biomagnetism
According to Dr. Luis F. Garcia, Lyme disease should be renamed to Co-Infection Soup Syndrome or Lyme Disease: Multi-Pathogen Syndrome. In his personal and careful analysis of hundreds of Lyme clients, he has observed many different pathogens contributing to the varied symptoms. Pathogens are defined as organisms causing the disease to their host, with the severity of the disease symptoms referred to as virulence. These pathogens are categorized as viruses, bacteria, fungi, protozoa, and worms and are common in Lyme patients, which Dr. Garcia has observed with Biomagnetism.

Biomagnetism has been a revolutionary approach in health and wellness. It is a powerful treatment modality that targets the symptoms of Lyme disease and tick-borne infection. Using magnets represents an internationally practiced health approach that strives to achieve a bioenergetic balance in the human body. Biomagnetism was discovered by Isaac Goiz, MD.

The pH imbalances can happen and combine to develop symptoms, syndromes, and other health conditions in our bodies. Because of Biomagnetism we can restore the body’s natural pH balance and renewed natural defenses can keep various microorganisms such as viruses, fungi, bacteria, and parasites, under control. Biomagnetism requires placing magnets at the appropriate points, which creates opposites charges to neutralize the pathogen and develop an equilibrium with a neutral pH, allowing them to quickly eliminate pathogens and restore the person to balance and health.

There are five types of Biomagnetic Pairs (BMP):

If you know someone with Lyme disease symptoms, take the first step needed by seeking medical help. Patients must be evaluated and treated as soon as possible with Biomagnetism and other evidence-based solutions.

Submitted by Dr. Carrie Hartney who is a chiropractor and a certified Lyme magnetic practitioner and trained in biomagnetic therapy with Dr. Louis Garcia.
Located at 3 Webster Square Road in Berlin, CT. 860.828.5503. Hartneychiropractic.com.