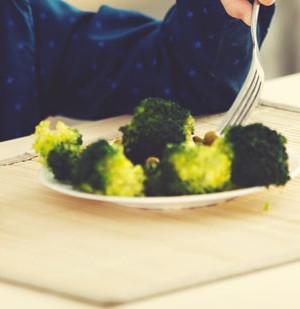 According to the Center for Disease Control (CDC) the prevalence of autism is now 1 in 68. This is a 119.4% increase over the rate of 1 in 150 that was estimated in 2000. In fact, according to the Autism Society 1% of the population falls on the autism spectrum. Autism is not one specific disease, but rather a spectrum (Autism Spectrum disorder—ASD) of developmental disabilities thought to be caused by differences in the brain. Included conditions include autistic disorder, pervasive developmental disorder not otherwise specified (PDD-NOS), and Asperger syndrome. While researchers and doctors have not reached consensus on the cause of these disorders, links have been found to genetics, environmental issues, autoimmune disease, etc. Generally development of autism occurs before the age of three and lasts for a lifetime. Some children actually appear to regress suddenly while others seem to have signs of this condition from birth. Some of the signs and symptoms of ASD include:

One often overlooked piece of the autism puzzle is the host of gut-based issues these individuals face. For many who are non-verbal, they are not even able to communicate these issues with their parents, caregivers and doctors. Even those who can communicate may not be able to express their issues clearly enough. It is important to understand that the brain, which is clearly problematic for those with ASD, is quite important for gastrointestinal function. It controls the movement of food through the digestive track, regulates the release of digestive enzymes, and controls parts of the autonomic nervous system that delivers blood carrying oxygen and nutrients to the intestines. With that in mind, I’d like to share some of the many gut-based issues those on the ASD spectrum may face.

Of all of the gastrointestinal solutions provided for ASD, none is as common as recommendations for a gluten free, dairy/casein free diet. Gluten and dairy are often thought to be triggers for autoimmunity.
Gluten is highly connected to neurological dysfunction and neurological autoimmunity. The protein found in wheat, gluten is responsible for Celiac disease, an autoimmune disease where the body attacks gluten damaging the small intestine. Celiac disease is quite prevalent in those on the spectrum. Even more importantly it is the cause of gluten sensitivity (often IgG mediated rather than an IgE allergy) which may cause digestive complaints, mood disorders, movement disorders, cerebellar disease, migraines, and cognitive impairment. Gluten is found in wheat, spelt, kamut, rye, barley, and often contaminates oats. It may also be found hidden in modified food starch, food emulsifiers, food stabilizers, artificial food coloring, malt, dextrins and soy sauce.

Beyond immune reactions to gluten, it also contains a substance called gluteomorphin. This is a morphine-like substance that stimulates the opioid receptors in the brain. This makes gluten containing foods highly addictive and sedating. Since those with ASD are known to avoid eating a varied diet in favor of consuming a few favorites, gluteomorphins are often a part of this issue. Parents often note that the first few weeks of removing gluten from the diet that the child gets worse. They are hard to control and feel awful. Mistakingly, they will often put gluten back into the diet not realizing that what they are actually seeing is the symptoms of opioid withdrawal. Similarly, dairy contains caseomorphins, which has the same effect. Avoidance of gluten and dairy can be extremely helpful for those with ASD. The earlier this is removed from the diet, the better off the child will be and the easier it will be on the parents.

Dysbiosis, a term meaning an imbalance of bacteria in the body, is another common problem in those with ASD. Dysbiosis generally refers to gut-based microbial imbalances and can cause a host of digestive issues including increased amounts of pathogenic yeast, viruses, bacteria, and parasites and decreased amounts of beneficial bacteria. Clostridia infections are also quiet high and produce a toxin that can cause autistic-like symptoms. Other common infections include Pseudomonas, Salmonella, Proteus, Staphylococcus, and Mycobacterium tuberculosis. Dysbiosis is marked by increased permeability of the intestines commonly referred to leaky gut syndrome. This can cause malabsorption, increasing food sensitivities, bloating, gas, diarrhea, constipation, acid reflux, irritability and frequent infections. A stool test to look at levels of both pathogenic and beneficial organisms, presence of sufficient digestive enzymes and hydrochloric acid (HCL), and other digestive markers may be helpful in allowing a practitioner to create a comprehensive gut repair program. Typical interventions may include antimicrobials, pre- and probiotics, digestive enzymes, HCL, L-glutamine, butyrate, slippery elm, marshmallow root, and an elimination diet or food sensitivity testing.

Candida is a type of yeast that is generally found in low levels in the body. Given the right circumstances (such as after antibiotic use), it often can overgrow causing a myriad of symptoms including inability to focus, poor memory, brain fog, irritability, dizziness, depression, panic attacks, fatigue, hyperactivity, cravings for sweets, poor coordination, hives, psoriasis, eczema, dermatitis, fungal infections of the nails and skin, acid reflux, bloating, flatulence, nausea, diarrhea, constipation, stomach cramps, indigestion, burping, mucus in stools, hemorrhoids, anal itching, thrush, cough, mucus, sore throat, sinus congestion, post-nasal drip, flu-like symptoms, sinusitis, asthma, itchy eyes, sensitivity to light, ear infections, food sensitivities, chemical sensitivities, weight gain or loss, headaches, and achiness. Typically, Candida will overgrow in the intestinal track making the best way to test for it a stool test. Though, metabolites for candida may also be found in the urine and can therefore be detected with a urinary organic acids test looking at arabinose levels. Avoidance of sugars, refined carbohydrates, high glycemic fruits, and excessive dietary carbohydrates is necessary to help decrease levels of Candida. Dietary changes alone, however, are rarely enough. A comprehensive program including probiotics, Candida-degrading enzymes, and anti-fungals (natural or prescription) can help to fight this yeast infection. Not only can Candida cause issues due to the infection, it can also cause antibodies to be formed. In those with autoimmune predisposition (common in ASD), the body may then react to body tissues that have similar amino acid (protein) makeup. This includes the brain, kidneys, pancreas, spleen, thymus, and liver.

Many with ASD also possess a single nucleotide polymorphism (SNP) to CBS C699T, an enzyme involved in sulfur metabolism. SNPs are common changes in genes where one genetic building block is exchanged for another often causing variation in various metabolic processes. In the case of the CBS SNP, it causes sulfur to move quickly through the pathway causing sulfur overload. Many with this issue find that they are less tolerant to high sulfur foods including meats, eggs, onions, garlic, broccoli, cabbage, kale, cauliflower, collard greens, and other dark green vegetables. This can cause diarrhea, increased ammonia levels (which is neurotoxic), decreased production of the antioxidant glutathione, vitamin B6 deficiency (which can then cause decreased levels of brain chemicals including serotonin and dopamine), and depletion of the mineral molybdenum. For those who have this SNP, which may be identified using testing through 23andme.com, consuming a reduced sulfur diet for a few days followed by a slow reintroduction of sulfur can help find the child’s tolerance level. Supplementation with liposomal glutathione is important for helping decrease oxidative stress in this population.

While by no means a comprehensive list of gastrointestinal issues associated with ASD, my goal is to provide a starting place for parents of children on the spectrum. It is essential to find a functional doctor or nutritionist to help guide you through testing and setting up a program to improve the gastrointestinal health of your child. For some children we can see drastic changes, not just in the gut but in their behaviors. For others, it may only provide relief for digestive symptoms. Regardless, it will certainly help improve the child’s health and therefore their wellbeing.

Jessica Pizano is the owner of Fit to You, LLC, which offers clinical nutrition and nutrigenomic counseling, as well as personalized training programs. Her concentrations include genetics and nutrigenomics, general health and fitness, weight loss, food allergies/sensitivities, autoimmune disease, mast cell activation disorders, autism spectrum disorders, mood disorders, post-rehabilitative work, training/nutrition for medical conditions, obesity intervention, pre- and post-natal exercise and nutrition, and Pilates. She earned a master’s degree in human nutrition that emphasizes functional medicine at the University of Bridgeport. She is continuing her studies at Maryland University of Integrative Health where she is pursuing a doctor of clinical nutrition. Currently, Jessica practices nutrition counseling, nutrigenomics, and personal training in her studio in Avon. She may be contacted at (860) 321-7234 or online at www.fittoyouct.com.