We Must Have This Controversial Conversation 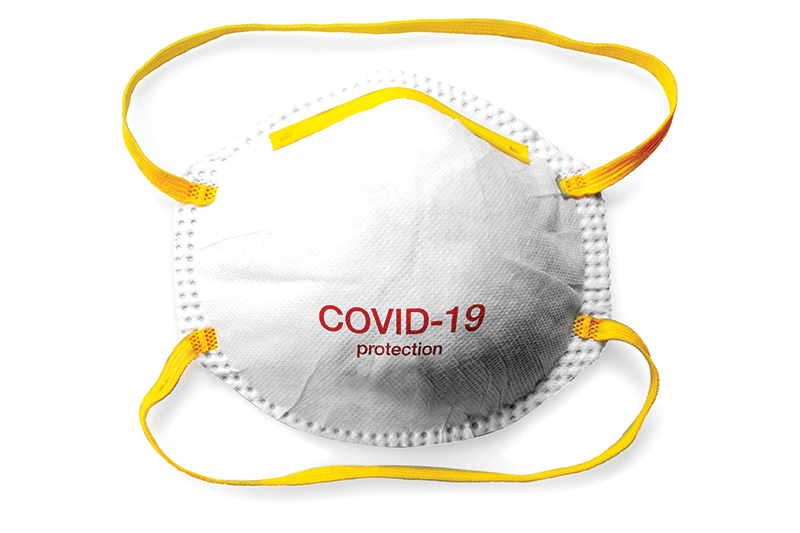 How Our Mythology Influences Our Immune System
You Are What You Eat: The Truth Behind Metabolic Syndrome
Is My Diet Affecting My Ability to Conceive?

It will be uncomfortable, but it’s essential that we have an honest, informed conversation about the proper role of government in a perceived public health crisis. First, shouldn’t we have some criteria that establishes the need for extreme interventions? And second, who can we trust to provide the evidence based information we need to make sensible decisions?

When the 2020 statistics are in, it’s quite likely we’ll learn that the knee-jerk reactions from bureaucrats and politicians will have produced a far greater toll on human life than the pandemic itself. For over two months, cancer screenings, pain therapies and other “non-essential” medical services were put on hold. People who were afraid to go to the ER waited too long to address heart attack and stroke symptoms, suicide hotline calls exceeded the previous twelve months and people are still waiting in food lines because they can’t feed their families. We cannot deny that the economy is intricately related to public health. During hard financial times the potential for health neglect, malnutrition, suicide, physical abuse, alcoholism, drug abuse and overdose is significantly increased.

Many small businesses won’t survive this year, many jobs will never come back, fear and isolation are causing severe mental anguish, graduates will be starting their new lives in a recession, parents are wondering what kind of schools their children will return to – and all of this is for a virus that will never compare to the number of deaths from heart disease, cancer or even as the 2018 John Hopkins study suggests, medical errors.

Without engaging in a war of statistics or arguing that hindsight is 20/20, let’s examine the evidence we have thus far and begin talking about sensible ways to go forward. We have over six months of data from around the world, and CDC statistics from the past three months in the US pinpoint exactly which populations are vulnerable and which are not. The natural laws of virology have not changed, only the politics have. Since a virus must run out of hosts before it “burns out”, why prolong the potential for natural herd immunity for an infection that is benign for an estimated 97-99% of the population? Whether from natural antibody building or vaccination, the principle is the same – the vulnerable are best protected when herd immunity is high. So, how can we protect the vulnerable in the interim and let the rest of the world return to normal; and what if there is still potential for a major outbreak?

For starters, let’s be honest about the arbitrary shuttering of medical and commerce activities. Very few of us were able to completely isolate ourselves for the entire two and half months of “lockdown” in FL. It is likely that our heightened awareness and changes in personal hygiene habits helped us reduce our viral loads or avoid contagion more than any mandated “social distancing measures” did. Even masks are a topic we must logically explore from all angles. For the first four weeks of lockdown we were still being told not to wear masks and yet, mask-less essential workers survived those weeks without a major outbreak among them. So, just from a common-sense observation, how much benefit might masks offer? Is it possible that masks might even be dangerous for many people? Epidemiologists, doctors and respiratory therapists have expressed their concerns. Some tweaks to public policies are still in order, but most “social distancing” measures for the general population still have no concrete data and probably never will. It’s just not one of those things that can be accurately measured or compared because of the arbitrary applications and the variances in human behavior.

If future outbreaks are a concern, we should identify and designate COVID centers so that the bulk of our hospitals and medical facilities could continue uninterrupted. We could implement better sanitation practices such as Air/Surface Scrubbers in nursing homes, medical centers and even businesses. Proven effective technology exists and is quite affordable, even to a small business. We could eliminate the need to shutter medical and commerce activities by continuing to protect and isolate the vulnerable with sensible but not draconian measures. For instance, stores could continue to have dedicated hours for senior shoppers, and restaurants could have dedicated sections that are set up for those who need to social distance. Schools and colleges could return to normal as statistics demonstrate, and epidemiologists agree, that children and young people are not significantly impacted by this virus. Online classes or special social distancing classrooms could be setup for those students who may be vulnerable or who live with someone at risk.

Throughout this crisis, there is no denying that politicians acted to protect their own reputations with a total disregard for the unintended consequences of their actions. Bureaucracies stood in the way of supplies, testing and accurate information. Politicians acted on media hype and projections that turned out to be overestimated by astronomical proportions and then refused to relax their heavy-handed mandates because the media continued to drive the fear deeper into the minds of the populace – every hour of every day. How could politicians contradict the media, or worse – admit they were wrong? If we don’t have these conversations about the facts now that we have statistics available and discuss our future, will mainstream media, bureaucrats and politicians be brazen enough to do this to us again? Or worse – could they mandate some type of medical procedure under the guise of critical protection?

Let’s put political divergence aside and talk objectively about the impact from this crisis and the proper roles of individuals, business and government. We the People CAN be trusted with many more decisions than politicians give us credit for.

Jo Vaccarino has been a health freedom activist since 2009 when the federal government became heavily focused on changing healthcare in America. As a former Life and Health Insurance agent and a student of medicine she became concerned that more bureaucratic involvement consistently results in less health freedom. Jo is a wellness specialist (CCT, LMT, MLD-C), an anatomy geek and a libertarian activist who won’t give up the battle to keep the FDA from banning homeopathy, compounded pharma, and natural solutions, as well as fighting for honest food and medicine. Jo recommends supporting the Alliance for Natural Health (anh-usa.org) and connecting with local activists such as Rise Up Now SWFL. Use the hashtags #HealthFreedom and #MaketheFDAadvisoryNOTdictatorial on social media to alert others of bureaucratic intrusions on health freedom.