The Power of the Mind-Body Connection 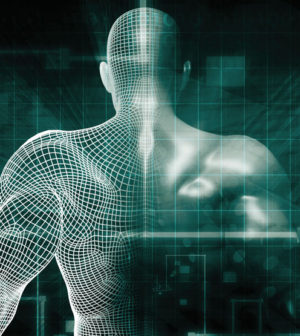 We all seek happiness; we seek opportunities to better our lives and reach our goals. But the distraction of our jobs, family responsibilities, and technology can veer us off course. Our perceptions many times blur reality and many of us will choose the fastest and most convenient path to “fix” our daily challenges. As a society, we do not understand how to live authentically.

However, to develop authenticity requires deeper awareness. To create permanent change, one must recognize default behaviors that have been developed through our past and earliest childhood experiences. Our perceptions must be scrutinized and addressed so that we do not fall subject to our emotions. Truthfully, we must come to understand our real intentions behind our actions and only then will we begin to live a life of authenticity and empowerment.

But how do we make these changes and become aware of our existence? How do we find the path to empowerment? Studies have shown the link between mind and body; that powerful connection that enables holistic transformation. Wherever you look today, you can find a program that “promises” change, yet many fall short and do not address the mind. The program must be built on an authentic platform; the design of it must be genuine in nature. This is the foundation by which people will have the opportunity to experience personal transformation.

JEKL is built around the concept of human nature. JEKL simplifies the path for people to maximize their mental, emotional and physical potential in a short period of time. The natural construction of the program is what allows people to experience change. Through interaction with basic elements, exposure to movements that encourage the application of critical thinking, willingness and energy, and coaching that is rooted in human biomechanics and neuroscience, change is inevitable and lasting. You can fool yourself but not the program. With the forces of nature at work you have no choice but to become authentic.

JEKL is designed to maximize people’s mental, emotional, and physical potential. The program is predicated on principles that link mind and body with one’s energy. This is achieved by implementing neuromuscular bodyweight training, which is also a catalyst for the Reticulating Activation System, which ultimately effects the brain’s plasticity.

The RAS is a toggle switch between your Limbic System and the Cerebral Cortex. RAS switching occurs at one of two times: one, when we become emotionally charged (Limbic System engaged) or two, when we are relaxed (Cerebral Cortex engaged). When we look at specific neurons or neurotransmitters they each trigger certain feelings. Feel good neurotransmitters such as Dopamine and Serotonin are part of the reward and pleasure center of the brain. These hormones strengthen rationality and emotional resilience as well as personal empowerment and self-esteem; whereas Norepinephrine and cortisol trigger the fight or flight response, and are responsible for increasing stress, blood pressure, weight gain and lowering your immune function.

By implementing biomechanics and applied physics, we are able to activate these systems under the guidance of professionally trained staff. Through a series of movements and exercises with gymnastics, the mind and body are engaged simultaneously; this is when change begins. The laws of nature, mass versus gravity, create an authentic perception of intensity. It is this experience which evokes change.

The mind is a powerful tool. Its plasticity allows for true changes in not only behavior but also in physical movement, proving that the mind, when engaged at peak performance, can elicit what some deem to be impossible. I experienced this firsthand when a former client of mine called me one day to say that her husband had been in a horrific car accident while driving his son to school. The catastrophic repercussions, which left him paralyzed from the neck down, also caused mental and emotional trauma for him and his entire family. His wife was desperate to help him and asked me for names of doctors, however, I was unable to refer her to a program or physician.

They transferred him to a spinal cord hospital in Georgia where he spent over a year working on his recovery. Within that time frame, he regained severely limited arm function, but these were not the results they were looking for and they returned to Connecticut. Upon their return, his wife reached back out to me and asked me, yet again, if I had any contacts or references that could help him with his rehabilitation. After telling her that I would rethink my network of medical contacts, she directly asked if I would be willing to work on rehabilitating her husband due to the nature of my program. Having had no prior experience working with individuals with spinal cord injuries, I was hesitant but because of my previous relationship with his wife and the severity of the injury, which had affected his entire family, I believed that I had to at least entertain their request for a meeting.

After thorough examination of his extremities, and a clear acknowledgement that he could not feel or move anything from the chest down, I then asked him to think about moving his toes and repeat the action. It was then that I saw an ever so slight movement. I asked him if he could feel the movement, to which he replied, no. Despite his lack of feeling, in that instant, I knew I would be able to get him to walk again. I agreed to work with him and we started Monday.

Upon his arrival in April of 2014, and a discussion on mindset, he asked me what my goal was for him. I responded, “to have you walking before New Year’s.” He chuckled and said, “no, really?” To which I responded, “no, really!” With a glimmer of optimism, he said, “okay! Let’s go!” We were able to delve into his recovery, which while exciting to all of us, was quite daunting and draining at times. From the beginning, it was imperative that the atmosphere remain positive, intense and challenging. For months, my partner Brian Pendergast and I were responsible for his physical support, while reminding him to stay mindful about the movements we were putting him through as he was doing them. This cognitive awareness with physical stimulation were the link that research had supported, would restore his function.

To treat and talk to him like he was the man he was prior to the injury, I believe led to his growth and sustained progress. While being supportive, there were no kid gloves. We forged ahead with sometimes excruciating physical movements, which yielded very empowering and optimistic outcomes. The mental and emotional challenges were great. I cannot begin to fathom what someone is thinking or feeling in this situation and admittedly sometimes lost sight of that in my endeavor to help this man reach his goals. With our unwavering commitment to each other we believed it was inevitable that we would persevere through any challenge. It is with great pleasure and joy that I can say that I watched this man walk out of my door three months earlier than our goal. The power of the mind-body link could not be more accurately illustrated than through this experience.

We have the ability to change our existence and live authentic lives, which ultimately creates true happiness. Simply, we need to be willing to become aware of our real intentions. There is nothing better than investing in your own life, which will inevitably leave a positive effect on all with whom you come in contact and help to change our world.

Submitted by James C. Brennan (Chris), founder of JEKL, which is an advanced human performance company that uses neuromuscular training and neuroscience as its foundation. Chris has been coaching the minds and bodies of elite athletes for the past 25 years. Through the application of the JEKL3 Formula, which is a set of five principles that link mind and body with one’s energy, he has been able to give individuals the tools to maximize their mental, emotional and physical potential. What sets Chris apart and enables his success empowering others is his innate ability to hone in on an individuals’ mindset and energy. His experiences are vast and range from the professional athletic realm, such as coaching the MVP of the World Series and current and former Olympic athletes, to mainstream America. His approach, which encourages individuals to live their own story and be accountable to it, allows for a personal transformation, a clear path to personal empowerment, if you are willing. For more information, visit: https://www.jekl7.com.