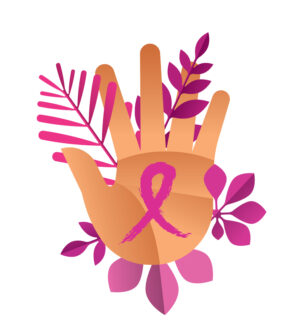 There is no one right formula for preventing breast cancer in every woman. The key to prevention . . . is being aware of the various factors that cause the disease and avoiding them as much as possible, while at the same time being aware of what discourages cancerous growth in breast tissue and promoting that kind of lifestyle.

~ What Your Doctor May Not Tell You About Breast Cancer:
How Hormone Balance Can Save Your Life, John R. Lee, MD

While breast cancer causes more than 40,000 American deaths per year, the true lifetime risk of developing the disease is estimated at only 12% (1 in 8). Genetics do account for approximately 20% of all breast cancers, but the disease is recognized as one of long duration that allows for healthy decisions over a lifetime to diminish that risk and prevent it altogether. So, the good news is that you can begin making self-empowering lifestyle, environmental, and dietary changes right now to increase your chances of being free of breast cancer in the future. While breast cancer prevention is an enormous topic, the information below, and in Part 2 of this article, serves as a primer to help you start moving in the right direction.

How Breast Cancer Develops
Most of the cells of the human body continually divide, regenerate, and die, and new replacement cells ultimately differentiate into their designated special tissue types. Slower breast cell division correlates with lower breast cancer risk. While there are multiple breast cancer classifications, the disease most commonly originates from the inner lining of milk ducts, or from the lobules that supply the ducts with milk. It generally develops when breast tissue cells, which lose their ability to differentiate and die at a genetically predetermined pace, divide and grow without control and accumulate into a mass of extra tissue called a tumor. A cancerous tumor grows through the generation of new blood vessels (angiogenesis), which then divert the blood supply and nutrients from surrounding healthy tissues.

More than one assault from carcinogenic hormones, chemicals, viruses, traumas, and/or radiation, is usually necessary to damage a normal cell’s genetic material to the extent that it develops into a cancerous cell. By the time a malignant breast tumor appears as a lump, it may have been growing for 8-12 years.

Key Breast Cancer Risks
While the breast cancer risk factors discussed below are entirely in a woman’s control, others are not, including: (1) Age: most frequent in women over age 50; (2) Breast Tissue Density: dense breast tissue can resemble or obscure tumors in mammographic screenings; researchers in one study determined that their female subjects with at least 75% dense breasts showed five times more likelihood of cancer than women with less than 10% density; (3) Genetics: risk at least doubles in women whose mothers, sisters, or daughters, had breast cancer before age 65; mutations in the tumor-suppression genes BRCA1 and BRCA2, found in only 5-7% of women diagnosed (often in Ashkenazi Jewish women), increases risk mainly in those whose female relatives have had breast or ovarian cancer; (4) Geography & Environment: most frequently develops in women in industrialized, highly polluted countries; and (5) Race: occurs less often in black, Hispanic, and Asian women than in Caucasians.

The Conventional Approach
Traditional medicine focuses on early detection and reducing the risk of dying from breast cancer rather than on its prevention. “Early-stage” invasive cancers are considered to be very treatable since tumors are relatively small and the cancer cells have not metastasized to other organs. To promote early detection, conventional practitioners generally recommend annual clinical breast exams, monthly self-examinations, mammograms, and other diagnostic tests (i.e., sonograms, MRIs, and digital infrared thermal imaging (DITI)/thermograms). Mammogram frequency guidelines can be confusing since many studies on which they are based are conflicting, various authoritative organizations periodically update them, and all do not completely agree on the best approach.

A patient-centered, individualized approach to early breast cancer detection would ideally take these considerations into account: (1) mammograms are X-rays, and thus involve the use of cancer-causing radiation (all X-rays have cumulative effects); (2) since mammograms do not detect 20-30% of all tumors, reliance on them may delay cancer diagnosis; (3) 80% of “suspicious” mammogram results that call for a biopsy do not lead to cancer diagnoses; (4) in women over age 50, some maintain that mammography should be used to evaluate suspicious lumps rather than screen for cancer when no symptoms are present; and (5) DITI-thermography (a 15-minute non-invasive, painless, FDA-registered test that does not involve radiation) allows for detection 5-10 years earlier than what is possible through any other available technology/exam.

The Natural Approach
The natural approach to long-term breast health incorporates the evidence-based concepts of chemoprevention (the use of specific agents to prevent cancer) and epigenetics (the study of long-lasting changes in gene function without changing gene structure/genetic code/DNA, which has proven that nutrients can be used to turn genes on and off). Properly applied chemopreventive practices may block the development of normal cells into invasive tumors, eliminate pre-malignant cells, and stop cancer before it is detectable or causes symptoms. Certain nutrients have been shown in scientific studies to activate tumor-suppressor genes, or those that trigger the normal death of defective cells. Combining critical lifestyle changes with an arsenal of protective nutrients can serve as a powerful force against breast cancer development.

Some Key Lifestyle Choices
1. Estrogen & Xenoestrogen Exposure: The length of exposure to estrogen (taken as a prescription drug, delivered as a patch, or produced by the body) and xenoestrogens (chemical estrogens that interrupt natural hormone balance) in any form positively correlates with breast cancer risk, in part due to the promotion of estrogen dominance relative to levels of progesterone. Xenoestrogens from the environment include: commercially-raised meat and dairy products; insecticides/pesticides; city tap water; parabens and phenoxyethanol in mainstream body care; bisphenol A (BPA) and phthalates in soft plastics and Styrofoam; artificial food additives, including sweeteners and MSG; soy protein isolates (instead, consume organic soy foods); birth control pills and conventional HRT; and chlorine bleach, mainstream menstrual products, and dryer sheets.

2. Exercise: Women who engage in moderate aerobic exercise for as little as 30 minutes, 3-5 times per week, can decrease their breast cancer risk by 25-80%. Although not fully understood, exercise is thought to protect against breast cancer at least in part by: (1) decreasing endogenous estradiol (a form of estrogen); (2) increasing menstrual cycle length and thus reducing estrogen production; (3) assisting with weight management; (4) improving immunity; (5) helping to preserve longer telomeres of chromosomes to promote longer lifespan; and (6) doubling the chance of survival in breast cancer patients.

3. Harmful Habits: Alcohol consumption and cigarette smoking (even second-hand smoking) to any extent increases breast cancer risk: (1) 1 drink/day – 11% increase; (2) 2 drinks/day – 22-40% increase; and (3) 3 drinks/day – 33-70% increase. Cigarettes contain over 4,000 chemicals, 250 of which are known to undermine health, and there is a clear, significant association between cigarette smoking and breast cancer.

4. Pregnancy & Breast Feeding: Having a child before age 30 increases estriol, a protective form of estrogen that is far weaker than the more dangerous estradiol. Estriol greatly slows breast cell division and thus reduces cancer risk. Numerous studies have shown that a mother’s risk for breast cancer declines the longer she breast feeds, as long as she does so for at least 3 months. Some evidence indicates that a breast-fed female infant may also have a lower breast cancer risk.

5. Weight Management: Obesity generally increases breast cancer risk by at least 30%, and obese postmenopausal women (BMI > 30) have a 400% higher risk. One explanation is that fat cells in belly fat produce hormones, some of which promote tumor growth (including leptin and the pro-inflammatory cytokine IL-6).

6. Diet: Maintaining a healthy diet is one of the most critical steps a woman can take to protect herself against breast cancer. Studies associate the Mediterranean diet with a 50% lower risk in women who follow it than those who follow the standard American diet. The Mediterranean diet calls for high intake of vegetables (especially green, cancer-protective cruciferous), fiber, fish, low-sugar fruits, and unsaturated oils (especially omega-3 fatty acids in fish, chia, and flax oil, and high-oleic olive and avocado oils), and low consumption of refined carbohydrates/sugars, trans- and saturated fats, processed foods, and meat.

Lifestyle modification is an important first measure to promote overall breast health and lower breast cancer risk, but so much more can be done. Watch for Part 2 of this article to learn which dietary supplements can best support your efforts to stay free of this highly complex, potentially deadly disease.

The statements in this article have not been evaluated by the Food and Drug Administration, are for educational purposes only, and are not intended to take the place of a physician’s advice.

All statements in this article are evidence-based and references are available upon request.