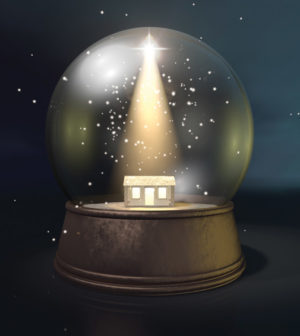 Metaphors can be extremely helpful in understanding complex issues. After all, life is like a box of chocolates, right? Well, acupuncture, which has been historically understood in the West as a form of energy medicine with Qi flowing through invisible pathways on the body, is actually a very complex, highly sophisticated medical system. (The “energy” model of acupuncture is ac-tually based on a mistranslation of the Chinese character for Qi, but that’s another story for an-other day).

To learn TCM, one needs to rewire one’s linear Western way of thinking, blazing new neural pathways to see the body as a whole. An issue with one particular visceral organ in TCM is not just confined to that organ, it can (and if left untreated, it will) affect other organs and systems at other points along the circuit of interconnected functions and processes that make up the human body. This makes TCM the definition of holistic medicine, and to really start to think of the body this way and internalize the principals of TCM feels a heck of a lot like learning a completely new language.

That said, I don’t know anyone who can learn a new language and hotwire their ingrained brain circuitry over the course of a few hours, so for new patients just starting out, I find metaphors to be extremely useful in helping them grasp the gist of what’s happening with their treatment.

Perhaps it’s because I’m that dorky guy who over-decorates his house for Christmas, but my favorite metaphor for describing these initial stages of a course of acupuncture treatment is that of a snow globe.

You know those little clear glass (or ghastly plastic) balls filled with clear liquid and a little win-tery scene inside like Santa’s workshop or a gingerbread house? When you shake it hundreds of little white flecks of some unknown substance float around and make it look like it’s snowing – often to the point at which you can’t even really make out the pastoral little scene inside. And after the course of a few minutes, that chaotic, blizzardy environment clears out, the snow flakes settle down nice and even, and you get a clear, crisp picture of the original heart-warming scene. Just look at how cozy that little fireplace looks with the stockings hung by the chimney with care!

So how in the name of Kris Kringle do these little transparent balls of joy have any resemblance to acupuncture? I love this metaphor so much because starting a course of acupuncture treat-ment very much shakes up the internal environment of the body in the same way we shake up a snow globe. Acupuncture kicks off a cascade of physiological and biochemical processes in the body – endocrine glands pump out hormones, immune cells respond to the site of the acu-puncture, the brain releases endorphins and a host of neurotransmitters, blood vessels dilate, the central nervous system lights up delivering information throughout the body that there’s something unusual going on.

This essentially “shakes up” the body’s internal environment. Over the course of the first hand-ful of acupuncture treatments, the original symptom may come and go. It may intensify at first for a day or two, it may change location for a time, other odd and seemingly unrelated symp-toms might pop up for a spell. Just as in a snow globe, where there’s no way to predict the ex-act trajectory of every one of the countless snowflakes, there’s no precise way to determine how the incomprehensibly complex processes of each unique individual’s physiology will re-spond to acupuncture

Therefore, in both a shaken snow globe and a newly-acupunctured patient (I think I just made acupuncture a verb there) we’re trusting that the natural laws of the universe will prevail in the end. With a snow globe, we trust the law of gravity to sort out the chaos of the roiled bauble and to give us a clear, even picture in a few minutes. With acupuncture, we trust the body’s own inherent ability to default to health and homeostasis over the course of the initial series of treatments.

This is not to say that acupuncture has achieved its end result when we have arrived at this clearer picture. However, once the chaos of the snow globe effect has settled down, the pa-tient is almost always feeling much better in terms of the peripheral symptoms that are kicked off by the initial treatments, and we have a much clearer picture of what the main issue is that we need to work on – the root cause. And with the target in plain view, it’s a much easier job for the acupuncturist to zero in on it and give it everything we’ve got.

Matt Maneggia is a licensed acupuncturist and the founder of Connecticut Family Acupuncture. As a board member of the CT Society of Acupuncturists, Matt advocates for increased access to acupuncture through insurance coverage and integration of acupuncture into the current healthcare system. He can be contacted through his website at: www.CTfamilyacupuncture.com or via the main office at: 860-503-3676.