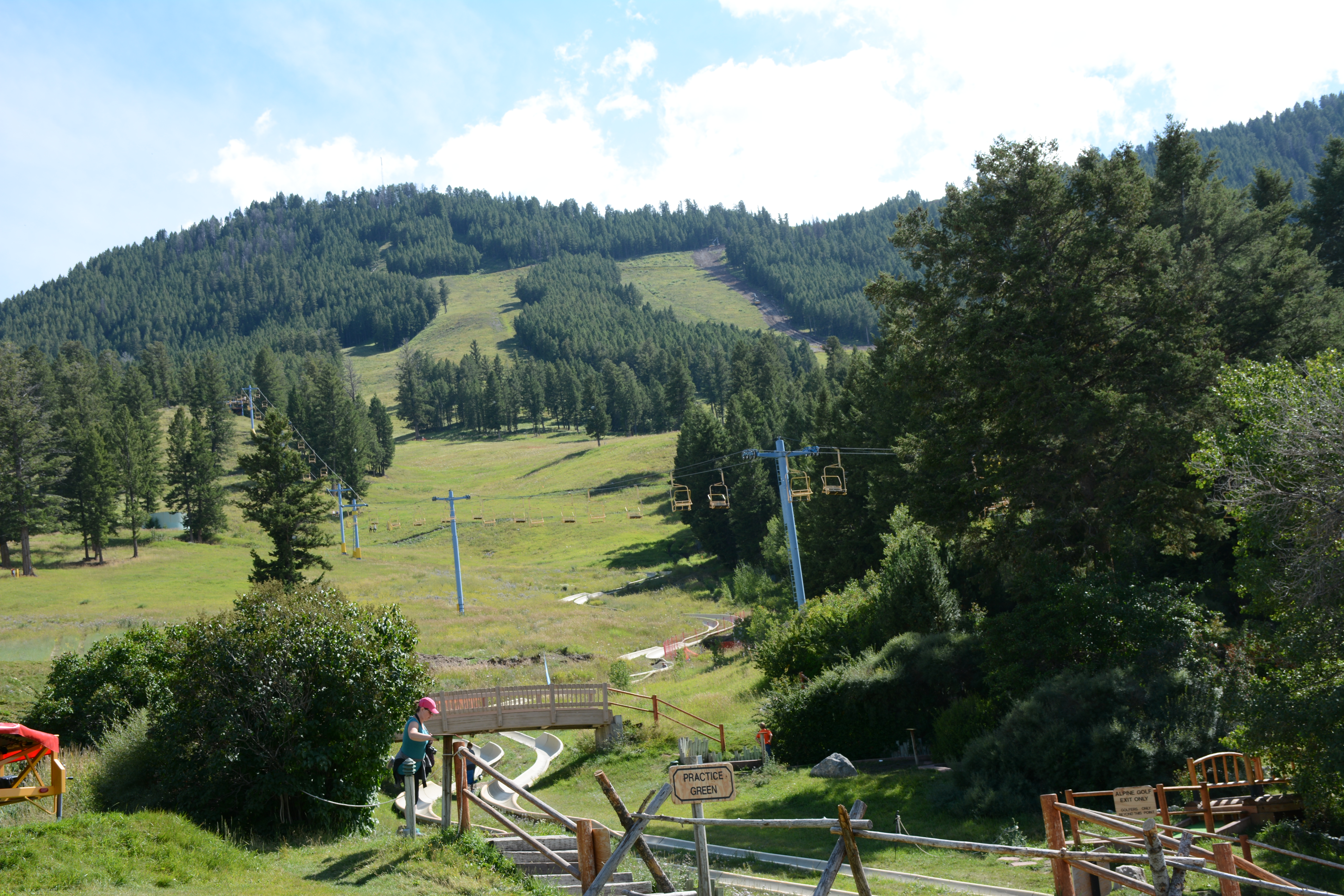 Can Environmental Factors be Affecting Your Ability to Conceive?
Food: You Are What You Eat
Summer Fun with our Kids! Let’s Make Popsicles!

Wyoming and Montana are two places that have been on my list for years to visit. The drive into Jackson takes you along the pristine Snake River and we saw many rafters and kayakers enjoying the rapids. The community, the valley and the lake were all named after mountain man, trapper and trader, David Jackson. After hearing people refer to this area as both Jackson and Jackson Hole, I finally figured out which was which. Jackson Hole refers to the entire valley which is approximately 60 miles long. Jackson refers to the Town of Jackson which sits on the southern end of the Jackson Hole valley. As the gateway to Grand Teton and Yellowstone National Parks, the home of three major ski areas and the National Elk Refuge, you will never run out of activities in Jackson Hole.

I immediately fell in love with Jackson after walking around the town which is lined with historic boardwalks, and anchored by the famous Town Square and elk antler arches. There are beautiful art galleries ranging from classic, western landscapes to stunning wildlife photography. The shopping here is endless and very exclusive with boutique shops for jewelry, furniture, and fine western clothing. We happened upon the Million Dollar Cowboy Bar which is no ordinary bar. It is famous for its western cowboy flare motif, complete with a large collection of western memorabilia, unique knobbled pine architecture, cowboy murals, animal mounts, and genuine saddle barstools. A little further exploration took us past the Jackson Hole Playhouse, which you can’t help but notice the cool architecture. Originally constructed in 1916; the playhouse is the oldest framed building in Jackson Hole and is a family run professional dinner theater.

After spending a little time downtown, it was time to head to our resort for the night. Nestled against pine forests, the Snow King Resort Hotel and Grand View Lodge is walking distance from town which is a great perk. As you walk into the lobby, the first thing you see is a beautiful mural of wild horses, a true icon of the west. The resort offers hotel rooms, condos and the new Grand View Lodge, which are luxurious accommodations for the whole family. Log frame beds, desks and bureaus and an exposed brick wall in the rooms give you the feel of being in a rustic cabin. Fully renovated in 2013, the resort is one of the nicest that Jackson Hole has to offer. Even with all of the outdoor activities waiting, it was hard to get out of the crisp bedding with luxurious mattresses and New Generation pillows.

There are a wide array of activities to choose from at the Snow King including a guided sunrise wildlife expedition in Grand Teton National Park which offers uninterrupted views of the Teton glaciers and sightings of elk, bear, marmot and moose. You can hike along the Snow King trails, horseback ride; take a dip in the pool, or a thrill-ride down the mountain on the Alpine Slide. The Snow King is also an Orvis endorsed fly-fishing lodge. And of course in the winter, skiing, snowboarding and snowshoeing abound. With more annual snowfall than other resorts in the lower-48 Rocky Mountain region, these winter playgrounds offer lifts, gondolas, an aerial tram, and miles upon miles upon miles of ski trails to meet any ability.

We had dinner at the cozy Hayden’s Post, which offers cuisine in the spirit of mountain camping with a focus on local ingredients. We tried the Braised Bison Short Rib with melting leeks and stone ground polenta served in a cast iron skillet. The meat was incredibly tender and flavorful. The Whiskey BBG Mahogany chicken with mashed potatoes and broccolini was delicious. Don’t leave without trying the signature S’mores dessert served in a skillet with homemade marshmallows lightly toasted, and you don’t even have to find a stick or a fire!

Also don’t miss a visit to the Snake River Brewery while in Jackson. In a twenty year history, the brewery has amassed dozens of Great American Beer Fest and World Beer Cup Awards and it’s easy to see why. We stopped for lunch here to try some of their fantastic beers brewed on premises. We had a great tour with Krissy, their marketing director, and learned about their brewing process. We noticed that all of their beer is canned, so I had to ask about that as most people have a negative impression of canned beer.

When you stack up aluminum cans versus glass bottles, the environmental benefits are clear. Aluminum can be recycled indefinitely, and doing so takes 95 percent less energy than creating new aluminum cans from raw materials. That makes used aluminum a valuable commodity, especially here in Teton County, where the county recycling program generates good revenue from recycled aluminum. By contrast, Teton County’s recycling program loses money each year on glass, for which there is little market.

Aluminum’s light weight is also a net win for the environment—an empty standard glass beer bottle weighs seven ounces whereas an empty aluminum can tips the scales at a mere half ounce. That savings quickly multiplies to a five-pound difference per 12-pack.  A single semi-trailer can hold three times as many cans as glass bottles. Inbound truck trips are cut by two thirds! When we distribute our beer in Teton County and beyond, everyone benefits from that lighter carbon footprint. In addition, the beer is actually kept fresher in cans as there is no light or air that gets in that is found in a bottling process.

My favorites were the Zonker Stout, creamy with hints of chocolate and the Nice Finnish…Sahti – a rustic farmhouse ale filtered on a bed of local juniper boughs and run-off through an aspen log trough – who would’ve thought! If you’re there, definitely grab a cup of the bison chili made with their stout.

Snake River brews their beers to style, seeking out authentic ingredients from all around the globe. Each of the brewers is tasked with concocting one or more “signature series” recipes. In 2006 they received USDA Organic Certification for their Organic Beer #1 (“OB-1” for short). This Organic English Style Brown Ale helps thwm encourage sustainable farming practices for barley and hops.

Great beer and ecofriendly brewing practices – who could ask for more! Visit www.snakeriverbrewing.com for more information.

Don’t miss the amazing hiking in the Grand Teton area. The Jenny Lake loop, Inspiration Point and the Hidden Lake hike were three of my favorites. If you travel to Jackson in the winter, you will find amazing skiing and winter sport opportunities. Experience unsurpassed levels of service and outstanding amenities in a majestic alpine setting at the Snow King Resort Hotel. For more information, visit www.snowkingjacksonhole.com.