Is Ketogenic Therapy Right For You? 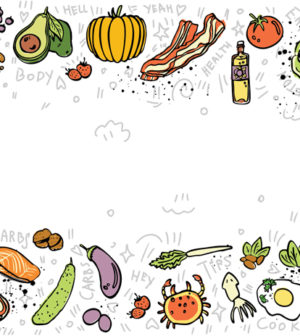 Please understand that mitochondrial and metabolic health is an emerging discipline and only a handful of researchers and even fewer practicing physicians are actively involved in its study. But I firmly believe that at some point in the future, metabolic therapy will be accepted as the standard of care not only for cancer but for most chronic diseases. . . . ~ Joseph Mercola, DO, Fat for Fuel: A Revolutionary Diet to Combat Cancer, Boost Brain Power, and Increase Your Energy (2017)

Are you searching for a new, natural way to address a serious chronic health condition? Do you want to optimize your health in order to slow the aging process? While conventional “dieting” generally does not work, cutting-edge science is repeatedly proving that ketogenic therapy (KT), which Joseph Mercola, DO refers to as mitochondrial metabolic therapy, or MMT can be an effective approach to reversing disease and supporting health span and longevity. Since what is more commonly referred to as a “ketogenic diet” is not for everyone, it is important to understand how it works, and what is required to sustain ketogenesis. This evidence-based article aims to simplify some of the many complexities of KT. A patient in health crisis who wishes to try KT should ideally obtain the guidance and monitoring of a holistic practitioner.

KT Basics
KT, which mimics the effects of fasting, uses quality fats in food (70-90% of daily calories) as medicine, and calls for adequate but reduced protein intake (.8-1 gram for each kilogram of lean body mass), and extremely reduced intake of net carbohydrates (total carbs – dietary fiber = maximum 50 grams/day net carbs, or 4-10% of daily calories). It is based on the idea that carbohydrates, which the body converts to glucose, are a dirty fuel source for mitochondria (cellular powerhouses that produce energy from the combination of inhaled oxygen and consumed fats and sugars).

KT advocates maintain that consumption of healthy fats optimizes the ability of mitochondria to generate ketones, an alternate clean fuel (which can also derive from stored body fat) which, with low glucose levels, yields fewer free radicals and less oxidative damage to cells and their mitochondria. Scientific evidence has, in fact, proven that the carbohydrate-rich standard American diet is linked to many chronic diseases, including obesity, diabetes, heart disease, and cancer.

Benefits of Ketones
The body produces ketones when its supply of dietary carbohydrates drops or disappears, particularly during fasting. In addition to the benefits previously mentioned, ketone therapy: (1) combats cancer by decreasing the availability of sugar to cancer cells and reducing highly unstable reactive oxygen species (ROS), which are mainly produced within the mitochondria and form cell-damaging free radicals; (2) reduces inflammation; (3) inhibits the mTOR molecular signaling pathway which, when stimulated in the presence of disease, reduces health span and longevity; (4) allows the simultaneous consumption of less protein with preservation and building of muscle mass because ketones structurally resemble branched chain amino acids (BCAAs), some of the building blocks of protein [excess protein (a) converts to sugar; (b) is stored as fat, and (c) like carbohydrates, activates mTOR, thereby suppressing most cellular and mitochondrial repair and regeneration]; (5) protects brain cells from damage caused by hydrogen peroxide (common in Alzheimer’s/dementia patients), especially when iron levels are too high (ideal stored iron/ferritin level range = 40-60 ng/mL); (6) increases the number of mitochondria, and produces a steady energy supply that does not depend on immediate food intake; and (7) may elevate mood.

Which Fats & Foods
While there are five versions of KT diets, each is based on the idea that all fats are not created equal. Conventional refined/hydrogenated vegetable and nut oils (known as polyunsaturated fatty acids, or PUFAs), are toxic to the body since they contain pesticides/herbicides and solvents, and are highly vulnerable to free radical attack. When cell membranes incorporate the damaged PUFA molecules, cells become prone to health-compromising oxidation, which in turn causes chronic inflammation and clogging of the arteries.

Some other KT-friendly foods include: (1) many vegetables, including cruciferous, salad greens, celery, and cucumbers; (2) limited amounts of fruits, such as berries and grapefruit; (3) a range of proteins, including AGA-certified grass-fed beef, pork, lamb, shellfish (all four are controversial), poultry, wild-caught fish, and organic eggs; and (4) certain sweeteners, such as stevia, monk fruit, and xylitol/erythritol (controversial).

Some Emerging Scientific Support for KT

1. Alzheimer’s Disease (AD)/Traumatic Brain Injury (TBI): Glucose is the form of sugar that is the primary source of energy for every cell. The neuron-rich brain uses one-half of all the glucose energy in the body. When the brain lacks sufficient glucose, its chemical messengers (neurotransmitters) are not produced and communication between neurons breaks down. Recent research has indicated that neurons deprived of glucose due to insulin resistance could trigger AD.

In her three books, Mary Newport, MD, addresses the positive impact of ketones on Alzheimer’s, Parkinson’s, and other diseases (see www.coconutketones.com). She maintains that studies prove that the areas of the brain affected by AD can use ketones as an alternative energy even when it cannot use glucose. She further asserts that MCT oil could help prevent or delay the onset of AD. In the journal of the Alzheimer’s Association (2015), she reported in her 20-month ketone study that the single patient observed (her 63-year-old husband) greatly improved in mood, affect, self-care, and cognitive and daily activity performance.

2. Cancer: Emerging scientific evidence shows that cancer develops from impaired cellular energy metabolism due to defects in mitochondrial DNA or membranes. Since nearly all cancer cells depend on the processing of glucose, and some cancers cannot metabolize ketones, the rationale is that KT starves cancer cells of energy but promotes survival of normal cells that adapt to using ketones for energy. Cancer growth is further inhibited by the resulting reduced levels of insulin and insulin-like growth factor, both of which cause cancer cells to multiply. Although animal research has shown that KT improves colon, prostate, and brain cancer, more studies are needed to establish it as a consistently valid approach for cancer patients.

3. Insulin Sensitivity & Diabetes (Type 2): Ongoing high intake of sugar and carbohydrates can result in high blood glucose levels and insulin resistance, which can cause obesity and related health problems. Since KT excludes foods that the body readily converts to glucose, it lowers glucose and insulin levels. By giving insulin receptors a rest, this process increases insulin receptor sensitivity.

4. Sports Performance: Even thin athletes store far more energy as fat than as carbohydrate (glycogen). KT advocates maintain that it can help athletes avoid “hitting the wall” when their glycogen supply is depleted.

5. Weight Loss/Obesity: Using glucose for fuel inhibits the body’s ability to access and burn fat. Also, though the body stores excess glucose as fat, it excretes in urine any ketones that cells do not use. KT uses food to curb appetite and change levels of weight-influencing hormones (including insulin and leptin, which inhibits hunger) so that the body burns fat rather than stores it. As Ron Rosedale, MD, explains, “You eat today to control the hormones that will tell your cells what to eat tomorrow.”

Some Disadvantages of KT
Although KT is cutting-edge and provides a potentially hopeful approach to addressing weight loss and certain diseases, it does have these drawbacks: (1) requires unwaivering commitment –replacement of glucose with ketones for energy can take several days or weeks; (2) requires nutritional supplementation –[calcium, magnesium, vitamin D, vitamin B6, electrolytes, digestive enzymes and ox bile, greens powder, fish oil, and potassium citrate (to address the increased risk of kidney stones)]; (3) may cause leaky gut, and thereby induce chronic intestinal inflammation; (4) has potential transition side effects (“keto flu”), such as nausea, fatigue, brain fog, constipation, and muscle aches/cramps; (5) requires multiple supplies and attention to many details (glucose and ketone monitoring devices, lancets, digital food scale); and (6) requires some type of fasting (Mercola recommends so-called Peak Fasting, which calls for not eating 13-18 hours of each day).

While many of the guiding principles of KT promote wellness, a full-blown ketogenic diet should be adopted with caution and input from a holistic KT specialist.

The statements in this article have not been evaluated by the Food and Drug Administration, are for educational purposes only, and are not intended to take the place of a physician’s advice.

All statements in this article are research-based and references are available upon request.